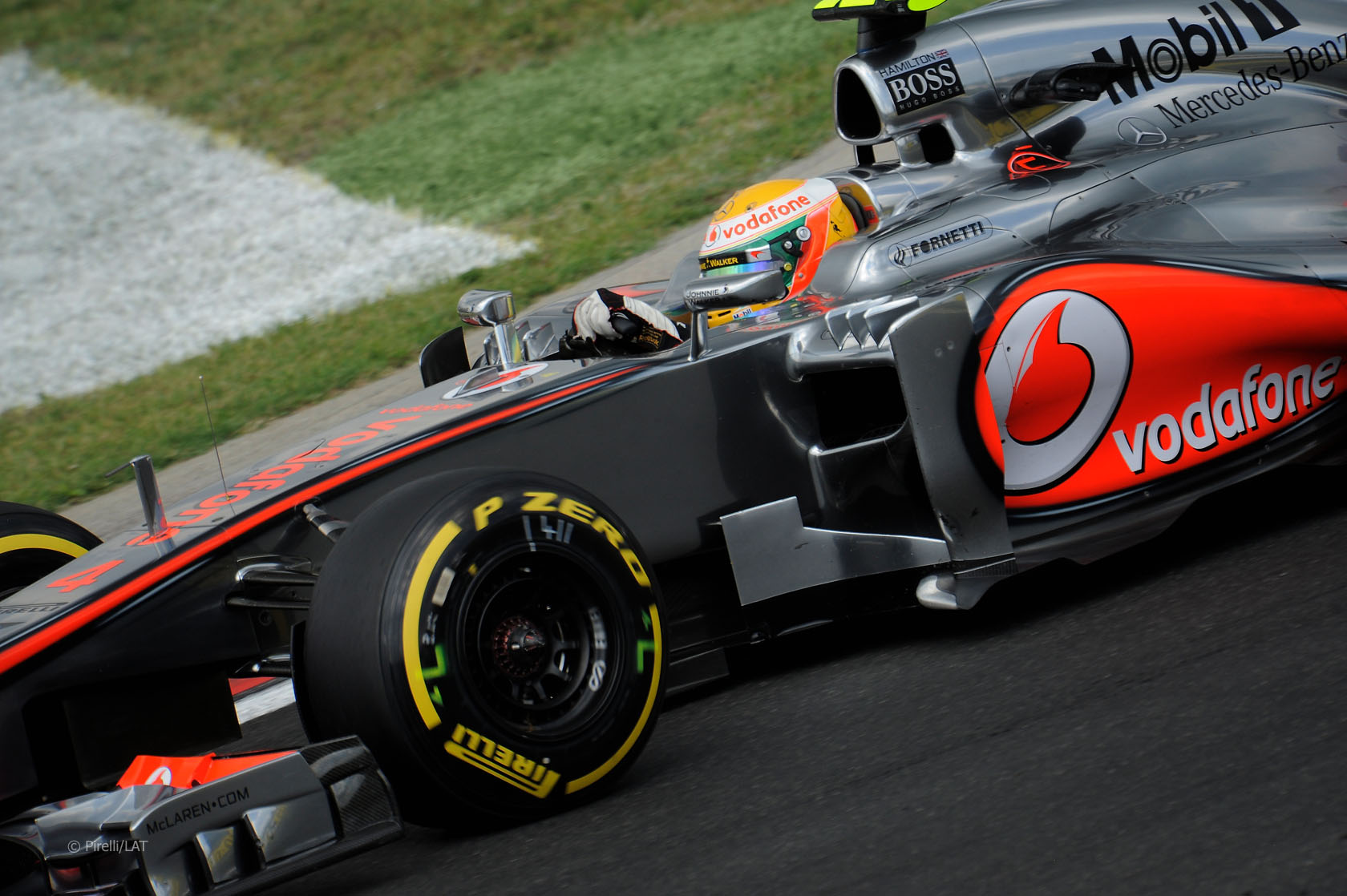 For the second year in a row Lewis Hamilton was quickest in both Friday practice sessions at the Hungaroring.

He was the only driver to lap the circuit in less than 1’22s before rain prevented any further improvements during the session.

Early in the session Romain Grosjean lost control of his car at the exit of turn seven. He glanced the barrier nose-first, damaging the front of his Lotus, though his mechanics were able to get him back out on track again shortly.

The Ferrari drivers led the times early on but as the weather forecast warned of approaching rain the teams began to think about doing their soft-tyre runs early.

Inevitably traffic became a problem. Hamilton was on his way to improving his time when he caught Charles Pic in the final sector and oversteered wide at turn 13.

Hamilton, however, continued to find more time on his soft tyres. He moved up to second then lowered his best by half a second, posting a 1’21.995 to top the times.

Bruno Senna moved up to third in the Williams, less than half a second off Hamilton’s time.

But now the rain began to fall, sending drivers back into the pits. Heikki Kovalainen was the first to fall foul of it, skidding across the gravel trap at turn seven.

Once it stopped a handful of drivers returned to the track and found a circuit that was much wetter in some parts than others.

The track was especially wet as turn 12 as Michael Schumacher discovered. He locked his front wheels and speared head-first into the barrier, fortunately not at too high a speed. He damaged the front of his W03 but climbed out unhurt.

The track dried over the rest of the session and some drivers returned to the track in the hope conditions would improve before the chequered flag. But with the first half of the track almost dry and the second half still wet, most elected to return to the pits and none were able to post an improvement.

43 comments on “Hamilton stays on top as rain hits Hungaroring”