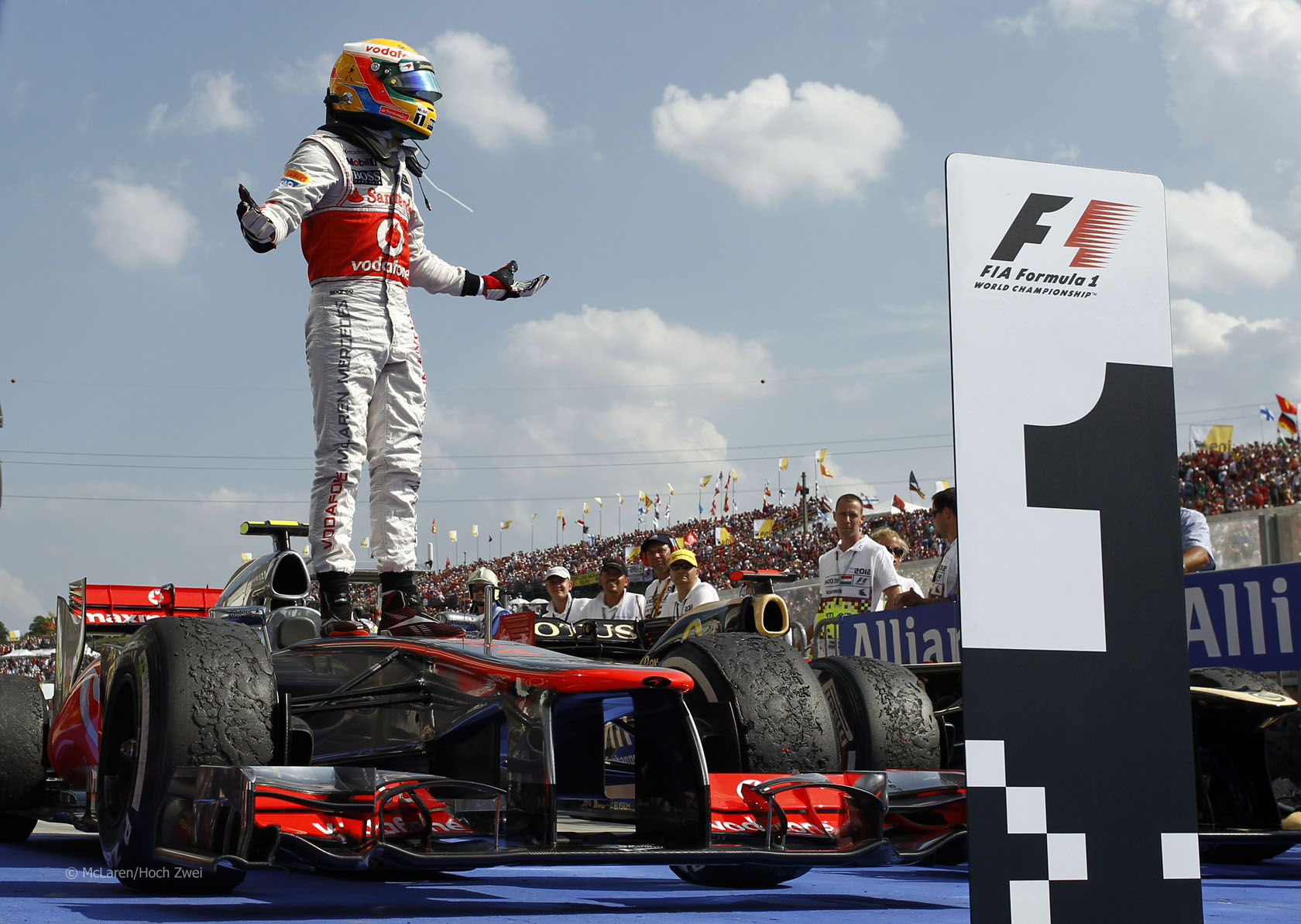 Ten of the best pictures that tell the story of the 2012 Hungarian Grand Prix. A Mercedes track map appears to show how much KERS boost the drivers use at each corner on a flying lap of the Hungaroring. Red Bull started the weekend under a cloud. The FIA had banned the engine map they used in Germany and they faced questions over a further request from the governing body to change another part of their car to ensure its compliance with the rules.

But team mate Sebastian Vettel, who took pole position at the track in 2010 and 2011, put his Red Bull third on the grid. A heavy rain shower hit the second practice session. Lewis Hamilton went out on intermediate tyres but with half of the track very wet and the other half almost dry, concluded there wasn’t much to be learned from the conditions. Rookie driver Charles Pic had another strong weekend. He out-qualified the other Marussia of Timo Glock and finished ahead of his team mate as well. As the cars reach turn two Hamilton Romain Grosjean has successfully repelled Sebastian Vettel’s attack on his second position and Jenson Button is poised to demote the Red Bull for third place.

Further back Webber is about to complete an excellent start from 11th by passing Bruno Senna for seventh, despite having started on harder medium compound tyres. It was follow-my-leader around most of the twists and turns of the Hungaroring. Nico Hulkenberg was jumped by the other Nico at the first round of pit stops, allowing the Mercedes driver to take the final points place. Senna had a strong drive, staying within range of the leaders. This was much to the frustration of Button, who ended up stuck behind the Williams after an early second pit stop. Grosjean’s hopes of attacking Hamilton for the win were dashed early in the final stint.

Fernando Alonso, who pitted three laps later than the Lotus, costing Grosjean time. He was also held up by Michael Schumacher’s lapped Mercedes and as a result dropped behind team mate Kimi Raikkonen.

Championship leader Alonso salvaged fifth place on a day when the Ferrari was not in contention for victory. Hamilton celebrated his second win of the season having crossed the line one second ahead of Raikkonen, who put him under pressure in the final stint. The Lotus team celebrate their second double podium finish of the year – but when will they finally get that win?