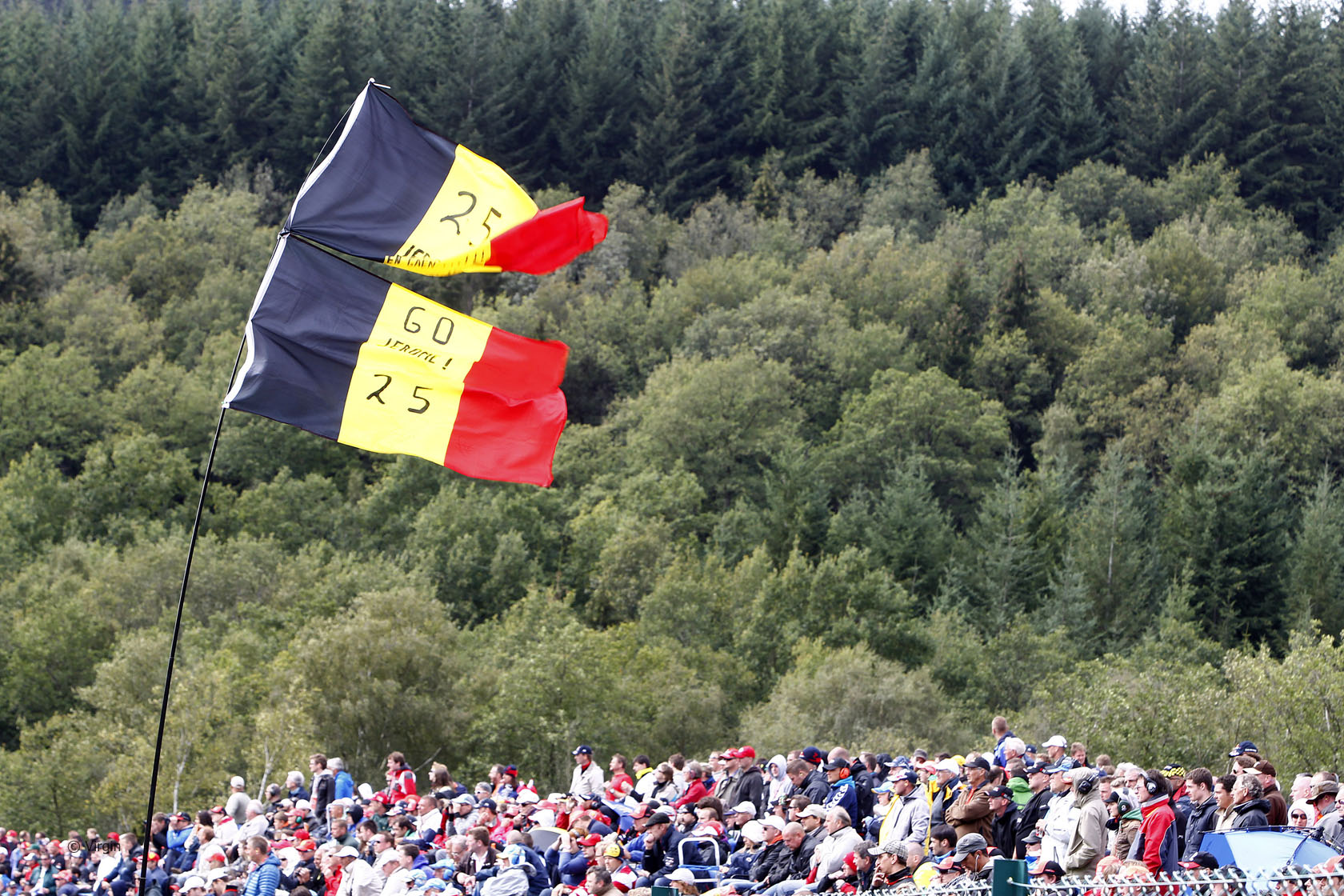 Judging by the numbers of F1 Fanatics heading to Spa-Francorchamps for next week’s race, it’s hard to believe the reports of poor ticket sales at the track in recent years.

Dozens of readers will descend on the Ardennes track next weekend for the 12 round of the 2012 championship.

Here’s what those who’ve been to Spa before have to say about the track, and a few words from those heading to this year’s race.

Some tips from fans who’ve been to the track before:

I had a good wander around the track last year and boy is it a hard track to walk round. The TV does not do justice to the elevation changes, Eau Rouge is a hill not a [gentle] slope!

Food at the track was basic and expensive, so I took food with me, drinks were just ridiculous prices so again took it with me. Had no problems taking food and drink into the track
Craig (@Bostic)

The burgers and sausages are revolting, but the chips are great and the waffle places are like a European convention for wasps.
Tim (@Supertbone)

We had General Admission tickets which gave you a lot of options around the track. There is lots of walking involved through the woods – bit it was worth every second.

It rained all weekend so be prepared. But again it was worth it and we can?óÔéĽÔäót wait to go this year.
Katy Evans (@camelgirl)

Lots of fans have been asking about the pit lane visit on Thursday. Toni has some advice:

Ideally you get down there for Thursday afternoon there is a pit lane walkabout and you get to meet loads of drivers. It’s advertised as starting at 4pm but we queued from 2pm and got in a bit early in 2011.
Toni (@Tonsky)

Spa is a great circuit for camping and several readers will be pitching up outside the track. Craig has done it before and provided some information:

The campsite was basic, there were showers in the football club and a Portacabin, they weren’t the cleanest I’ve been in but they did the job. Toilets were the usual ‘thunderboxes’ but they were emptied every morning until Sunday. By Monday morning they were nasty!

I read reviews of people being charged extra for taking too much space and people coming round with tape measures, but I saw none of this. They did cram us in pretty tight but no worse than any other campsite at a big event.

Noise levels at night were never a problem, I slept every night. It was a short walk through Francorchamps to the track, with the added bonus that you could look out for drivers making their way in.
Craig (@Bostic)

Camping can make this one of the bet-value ways of seeing a race:

I always try and do it on the cheap. Get a General Admission ticket (sit on the hill at Pouhon ?óÔéĽÔÇŁ bit of a walk but worth it), Eurostar to Brussells (?é?ú69ish return from London, 1hr 15 from track), crappy hire car, arm with cheap beer and supplies in Verviers, campsite at Francorchamps where there?óÔéĽÔäós bars, parties, fireworks etc till about 4am (about ?é?ú140 for a group of four). Looking forward to it already.
Tim (@Supertbone)

But camping’s not for everyone and some prefer an alternative approach to getting to the track:

I’m going with my dad, and we seem to be going a different approach to most people ?óÔéĽÔÇŁ staying in a hotel in Brussels and getting a coach over each day. Early starts, but my dad doesn?óÔéĽÔäót fancy camping!
@Kthxrawr

Some of our readers are travelling from other continents to see the race. Here’s two of them:

Hi from Durban, South Africa. I’m taking my son to Spa and then Monza. It’s the first time I?óÔéĽÔäóve been to a F1 race since 1974 (Kyalami ?óÔéĽÔÇŁ won by Carlos Reutemann).
Andrew Wedderburn-Maxwell (@admax83)

This Is my first Grand Prix, I am flying out from Mexico to support Sergio Perez.

We are only two, my fiancee and myself. We will be renting a car in Brussels so we can go Spa. Our plan is to arrive at Spa early on Friday to redeem our tickets to Grandstand Gold 8.
Esteban Urtaza (@eurtaza)

A few readers who had purchased tickets through The Ticket Enterprise had a scare when the company hit financial trouble.

They do seem to have sent out the tickets which had already been paid for. If you’ve ordered tickets and have not received them have a look in the forum for more information.

Here are some of the F1 Fanatic readers who’ve said they’re going to this year’s race. Have a great time everyone and remember to share your images and videos with us when you get back!

If you’re heading to the race join in the discussion in the forum: