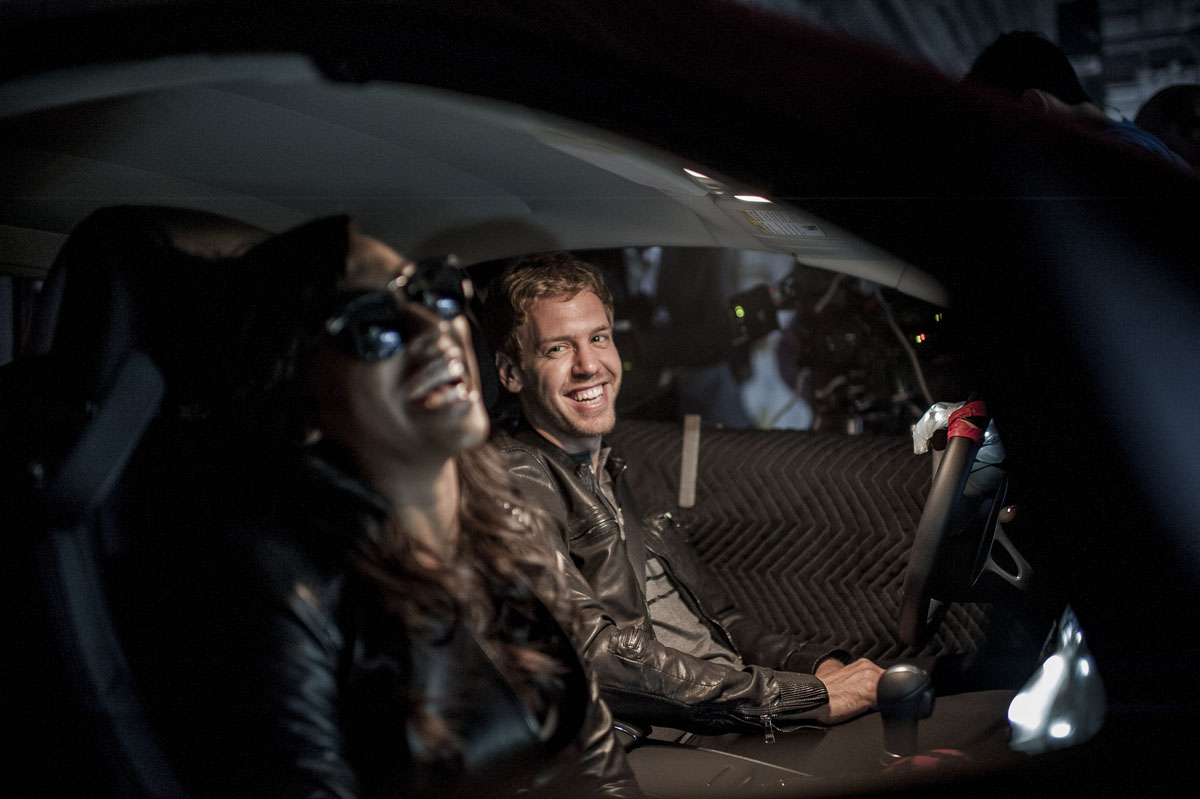 The two-times world champion appears alongside Fiona at the wheel of an Infiniti G37. The road car manufacturer is a sponsor of Red Bull and Vettel put his name to a special edition of the car earlier this year.

Here’s Vettel in the video:

The video was filmed in New Jersey while Vettel made a recent visit to the location of the 2013 Grand Prix of America.

“It was a great experience to shoot a music video, and certainly very different to what I?óÔéĽÔäóm used to,” said Vettel. “But music is without question an inspiration to many and I?óÔéĽÔäóm very proud to have been part of this. I think the lyrics are quite fitting to what we can all do if we put our mind to it.”

Fiona said: “It?óÔéĽÔäós not often you get the chance to be driven by an F1 world champion and when the opportunity came up to have Seb driving me in the video I was like, yes please!

“This is one of my favourite songs and one that I?óÔéĽÔäóve been wanting to put out for a while so to have him involved was great.”

More on the making of the video in this “behind the scenes” feature including interviews with Vettel and Fiona: