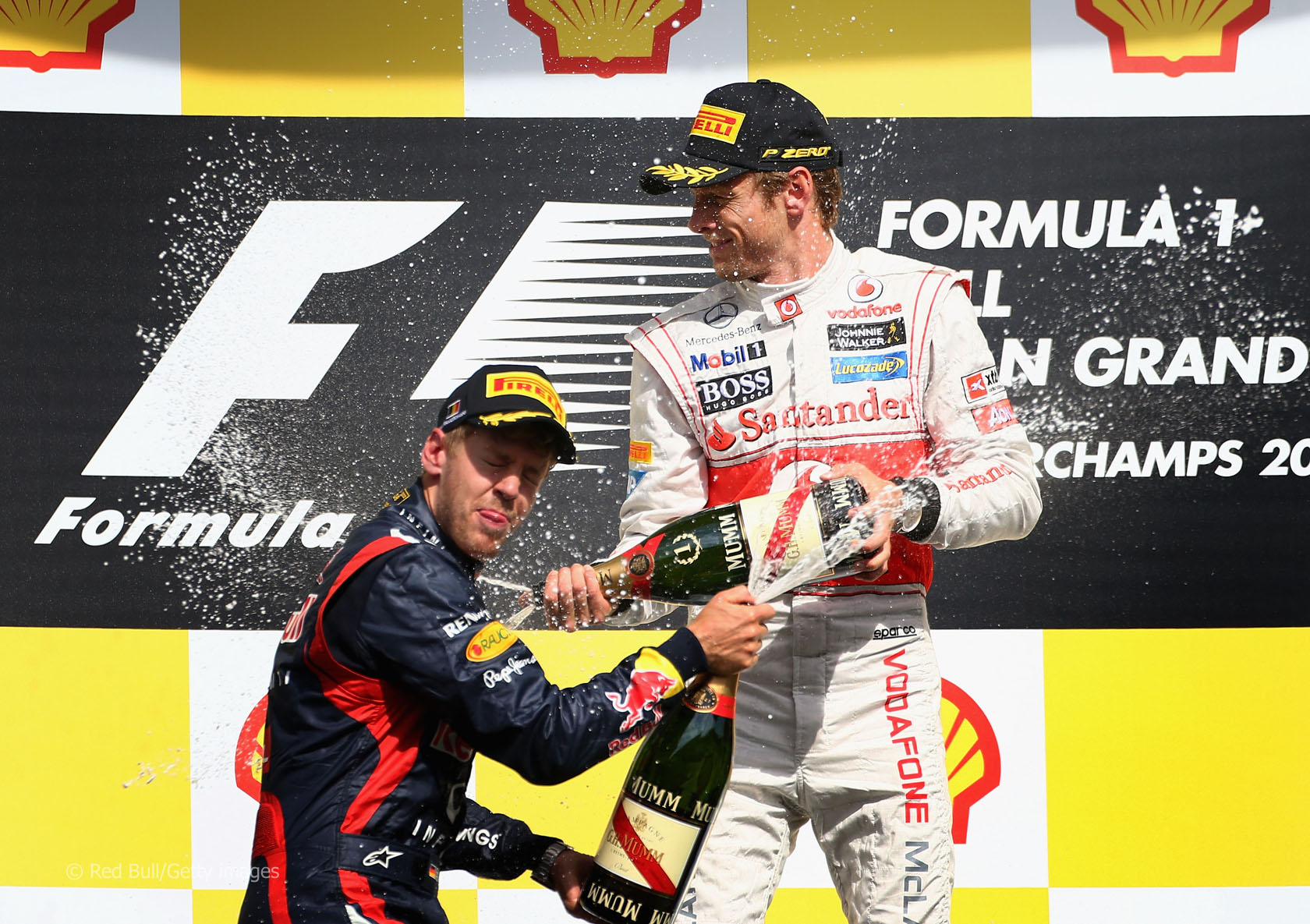 A clear win in the Belgian Grand Prix round of the Predictions Championship moved @Rajamaniarun up to second place and earned them a 1974 Autocourse eBook as a prize.

Second place went to @davidr74 with 11 points and he wins a Grand Prix Heroes DVD from Duke Video.

But @Infernojim needed the pole position tie-breaker to claim third place after tying with ten other places. Getting within 0.3s of Jenson Button’s pole position time earns him an F1 poster from PJ Tierney.

A surprise pole sitter and first-lap shunt which eliminated several front-runners made for a low-scoring round. Only nine players (1.46%) picked Button to win the race. Kimi Raikkonen was the favourite, tipped by over 40%.

The result means @Chrissylyn holds a reduced lead in the championship ahead of @Gabal and @Rajamaniarun.

Here are the top three scores for the last race:

It’s the Italian Grand Prix this weekend so be sure to get your predictions in soon.