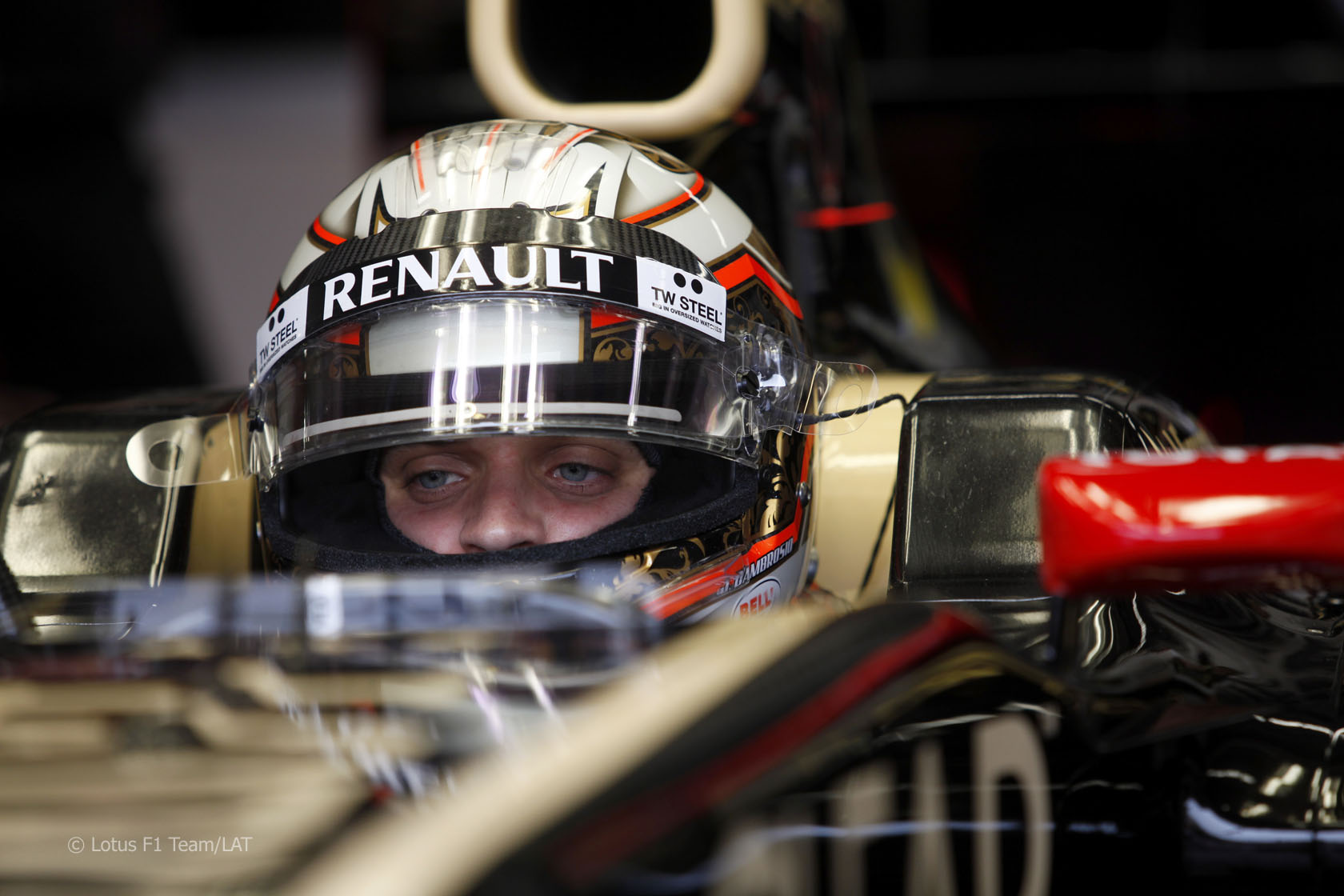 Jerome D’Ambrosio admits he faces a considerable challenge in taking over Romain Grosjean’s car in the Italian Grand Prix at short notice.

“It?óÔéĽÔäós a massive challenge, especially because I?óÔéĽÔäóve not driven much this year and Monza is a unique low downforce track,” said D’Ambrosio in a Q&A released by the team.

“I will be focussed 100% to make full use of free practice because that could be the key for me this weekend.”

D’Ambrosio said he was informed of the team’s decision soon after the stewards handed down Grosjean’s one-race ban: “As soon as I got the call on Sunday night I drove back to Spa to speak with Ayao Komatsu who will be my race engineer. We checked my seat and talked through everything I need to know.

“I will be spending time in the simulator, fine tuning myself with all the procedures. And I?óÔéĽÔäóll be speaking a lot with the engineers so I?óÔéĽÔäóm as prepared as I can be heading into first practice on Friday.”

The former Virgin driver raced at Monza last year but was sidelined by an early failure: “It wasn?óÔéĽÔäót too good as preparation as my car broke down on the warm-up lap!

“I?óÔéĽÔäóm definitely hoping for something better this year. My last real memory of Monza is from GP2 when I was on the podium. I?óÔéĽÔäóm going to be 100% focused to get a good result this year and am really looking forward to being on the grid watching the start lights.”