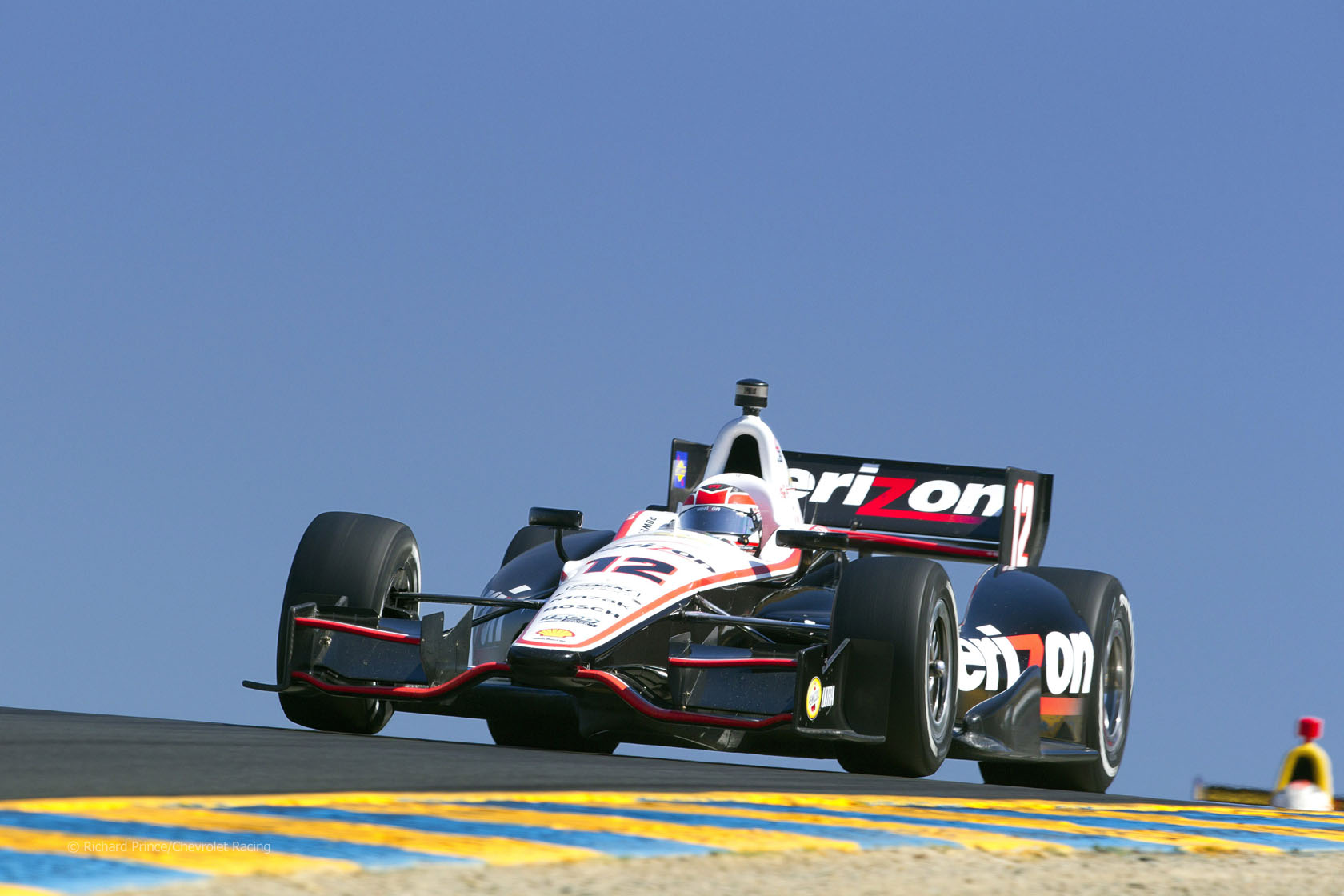 The 2012 IndyCar championship will be decided in a final-race showdown at the Auto Club Speedway on Saturday night.

Heading into the penultimate race Will Power’s position at the head of the points table looked comfortable.

But victory for Ryan Hunter-Reay in a tense, rain-hit race on the streets of Baltimore has set up a fascinating season finale.

This year’s champion will be crowned after a 500-mile race at the two-mile superspeedway in Fontana, California.

Hunter-Reay’s fourth win of the year trimmed Power’s points lead to 17. This is the third year in a row he has come to the final race in contention for the championship, but he was beaten by Dario Franchitti on the last two occasions.

Power’s vulnerability heading into the final race is clear to see: of his 15 IndyCar victories, just one of them have come on an oval, and that was in a half-distance race at which several of his closest rivals had compromised starting positions.

So far this year Hunter-Reay has four wins to Power’s three, and two of those have come on ovals. Power is yet to finish higher than eighth on an oval in 2012.

There is the possibility of team mates coming into play in the title decider as well. Hunter-Reay has James Hinchcliffe and Marco Andretti alongside him, but neither of them have won races this year, unlike Power’s Penske team mates Helio Castroneves and Ryan Briscoe.

It promises to be a spectacular end to the season. It will be a long, race hard race over 250 laps which will put an especially high strain on the engines – 14 drivers have taken engine change penalties to start with fresh units.

The dreadful circumstance of last year’s IndyCar’s season finale cannot be overlooked. Dan Wheldon lost his life following an appalling crash during the race at Las Vegas. Power was one of several other drivers involved and injured in the crash.

Since then IndyCar has introduced a new chassis which Wheldon played a role in developing. It has helped reduce the ‘pack racing’ which had become dangerously prevalent in IndyCar, which created the circumstances for Wheldon’s crash.

But the memory of the crash, which happened almost 11 months ago, will inevitably hang heavily over the race weekend.

Before the weekend began Mike Conway announced he no longer wished to participate in oval racing, saying he was “not comfortable” driving on them. Wade Cunningham has taken his place.

Here’s how the top ten drivers are placed in the championship heading into the final race:

Here’s how points are awarded in IndyCar:

Marco Andretti starts from pole position for only the second time in his career, averaging 347.7kph (216mph).

But the championship contenders are well back in the field following engine change penalties: Will Power 13th and Ryan Hunter-Reay well back in 22nd.

Watch how Ryan Hunter-Reay put himself back in the championship reckoning after an opportunistic win in the previous race at Baltimore:

Join F1 Fanatic live as we follow the final round of the 2012 IndyCar season.

The race starts at 1am UK time on Sunday 16th September with live coverage on Sky Sports 1.

Who’s your tip to clinch the IndyCar championship? Have your say in the comments.

28 comments on “IndyCar set for dramatic yet poignant finale”