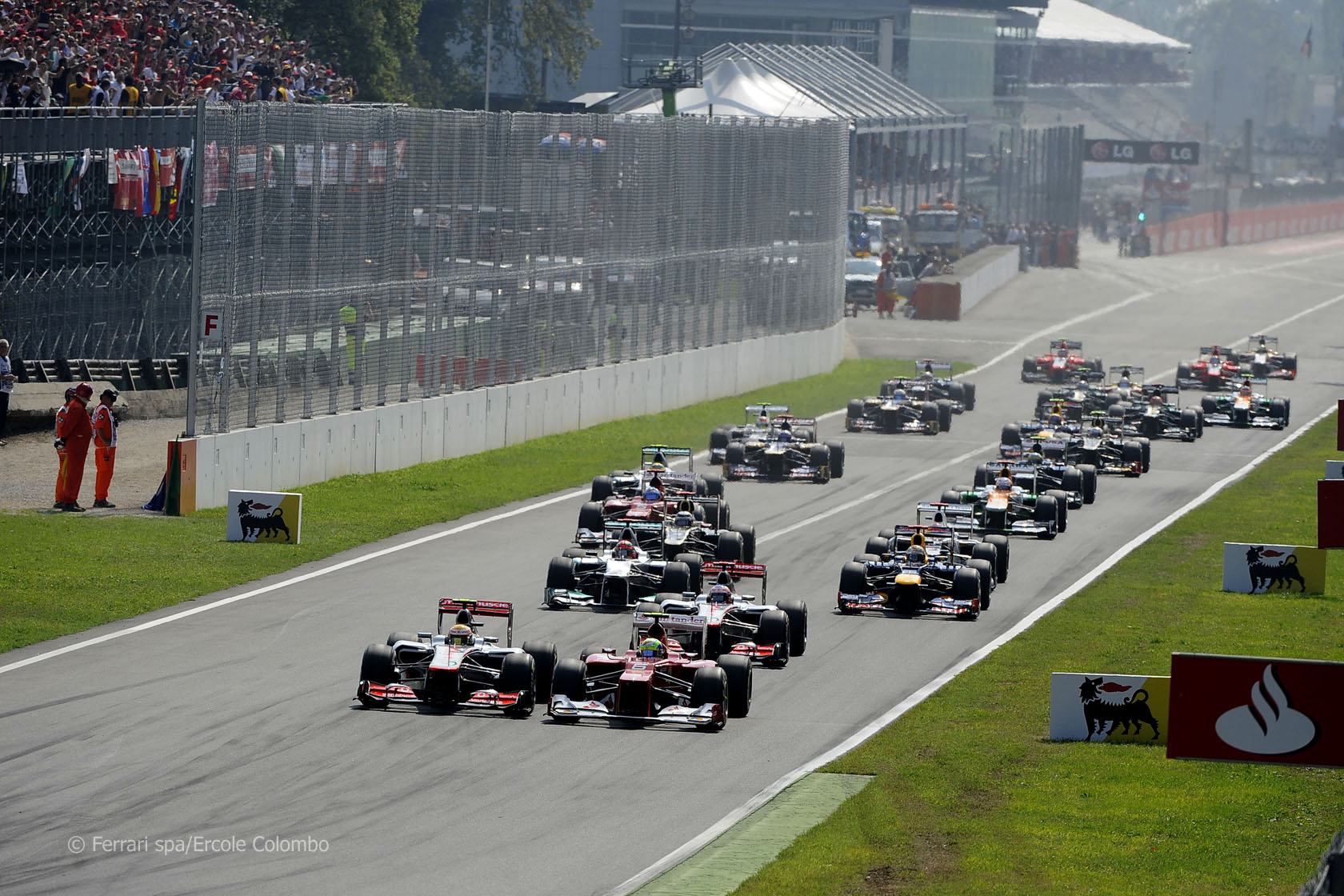 If there’s such a thing as an average race in 2012 then the Italian Grand Prix may well have been it.

F1 Fanatic readers gave it an average rating of 7.64 out of ten which means it ranks seventh of the 13 races so far.

Among the highlights were another impressive drive from Sauber’s Sergio Perez as he finished second, passing the two Ferraris in the latter stages, much to the dismay of the enthusiastic Tifosi.

With plenty going on in the race, the overall response from readers was positive:

Apart from the lead, the race was packed. Great battles, lots of overtaking manoeuvres and some solid driving from many drivers made this race exciting.
Dimitris1395

I gave it a nine. Challenging track and an exciting race, shame about the retirements though.
Mclarengal

There was much praise for Perez’s efforts:

It was great to see Perez fighting and doing a fantastic job getting second.
Baldgye

The last part of the race came alive with Perez having a phenomenal last stint charging from eighth to second.
PedroCosta

However some were left scratching their heads at the stewards’ decisions:

Vettel?óÔéĽÔäós penalty is arguable, especially because Alonso got away with it last year, and Rosberg only received a warning in Bahrain.
Andae23

And not everyone rated the race as highly:

Interesting to see so many seven to ten scores. I thought this was probably the dullest race of the year. There simply wasn?óÔéĽÔäót anything to get me excited.
Kaiie

Can?óÔéĽÔäót believe so many have voted eight. It was a boring race with not a lot happening. Five at the most.
Maxthecat

Fernando Alonso might have out-scored most of his closest rivals but the championship is still far from over:

The championship is spiced up and a great first Monza win for Hamilton.
Bobby

With Vettel not finishing and Alonso (only) getting third, it has made the championship a lot more interesting.
Baldgye

What did you think of the Italian Grand Prix? Have your say in the comments.