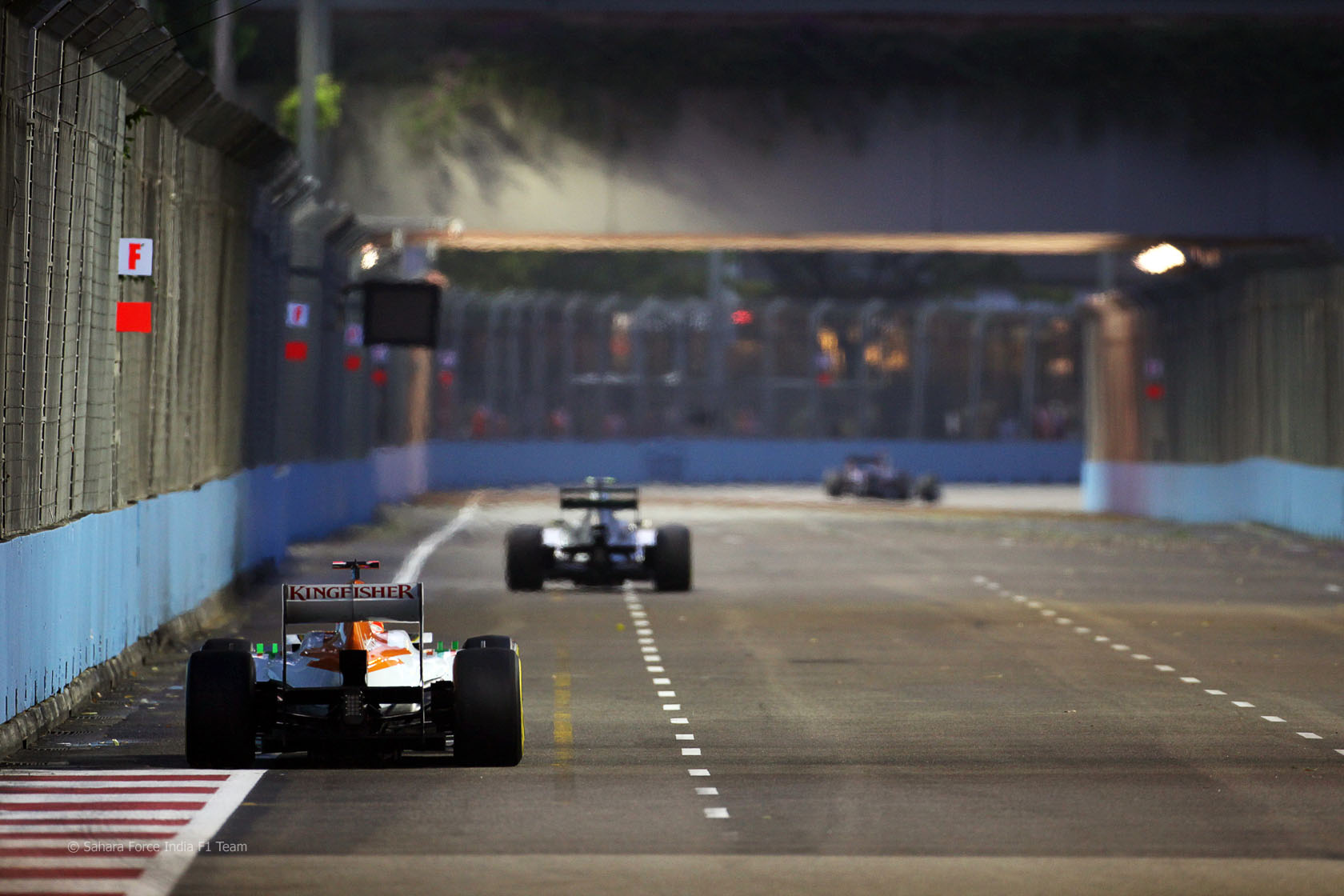 Sebastian Vettel headed the times after a damp first practice session at Singapore.

He took the fastest time off Lewis Hamilton late in the session with a lap of 1’50.566, 0.049s faster than the McLaren driver could manage.

Practice began on a damp track with some water off-line and even a few leaves, following heavy rain earlier in the day. Drivers made a tentative start to the session, with many using intermediate tyres for their first runs.

Kamui Kobayashi was the first driver to tackle the circuit using slicks and reeled off a string of fastest laps. This signalled the beginning of the real action, and the others followed him in using the soft tyres.

The times quickly tumbled, with Rosberg taking over at the top and Hamilton doing so as well, before Vettel sealed the best time of the session.

Jenson Button made a late improvement to take third place ahead of Fernando Alonso.

Pastor Maldonado was fifth, the Williams driver one of several to explore Singapore’s run-off areas during the session. Sergio Perez and Romain Grosjean were also among those to go off, though all did so without damage.

17 comments on “Vettel leads Hamilton in damp session at Singapore”