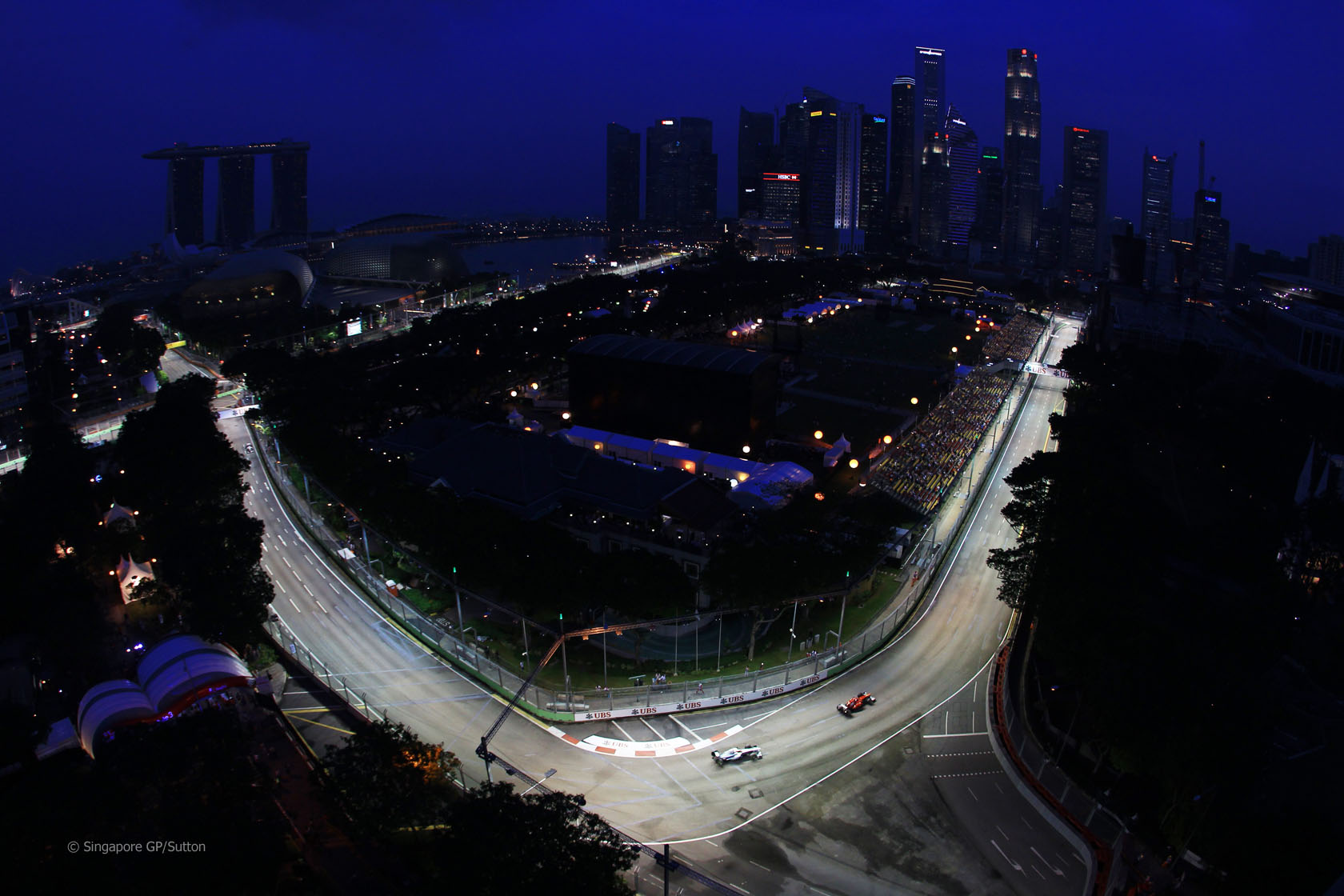 Sebastian Vettel stayed on top in the second practice session ahead of the Singapore Grand Prix.

The Red Bull driver was one of the last to do a time on the super-soft tyre and set a time over three-tenths of a second quicker than Jenson Button.

The other McLaren of Lewis Hamilton had set the pace earlier one, but Hamilton lost time by running wide at the final corner. His lap was beaten by Mark Webber and then Fernando Alonso.

Bruno Senna caused a brief stoppage in the session after clipping the barrier at turn 19. He spun to a halt at turn 20 and practice had to be red-flagged so it could be recovered.

A few other drivers had moments during the session, including Narain Karthikeyan who thumped the kerbs hard at turn ten.

Kamui Kobayashi spun at turn 18 as the session was coming to an end and had to reverse back to turn 19 so he could get going again.

The Force India pair of Paul di Resta and Nico Hulkenberg were sixth and seventh, followed by Nico Rosberg, Felipe Massa and the returnign Romain Grosjean.

the other Lotus of Kimi Raikkonen developed an hydraulic problem and he had to pit during his high-fuel run at the end of the session.

34 comments on “Vettel stays on top in Singapore”