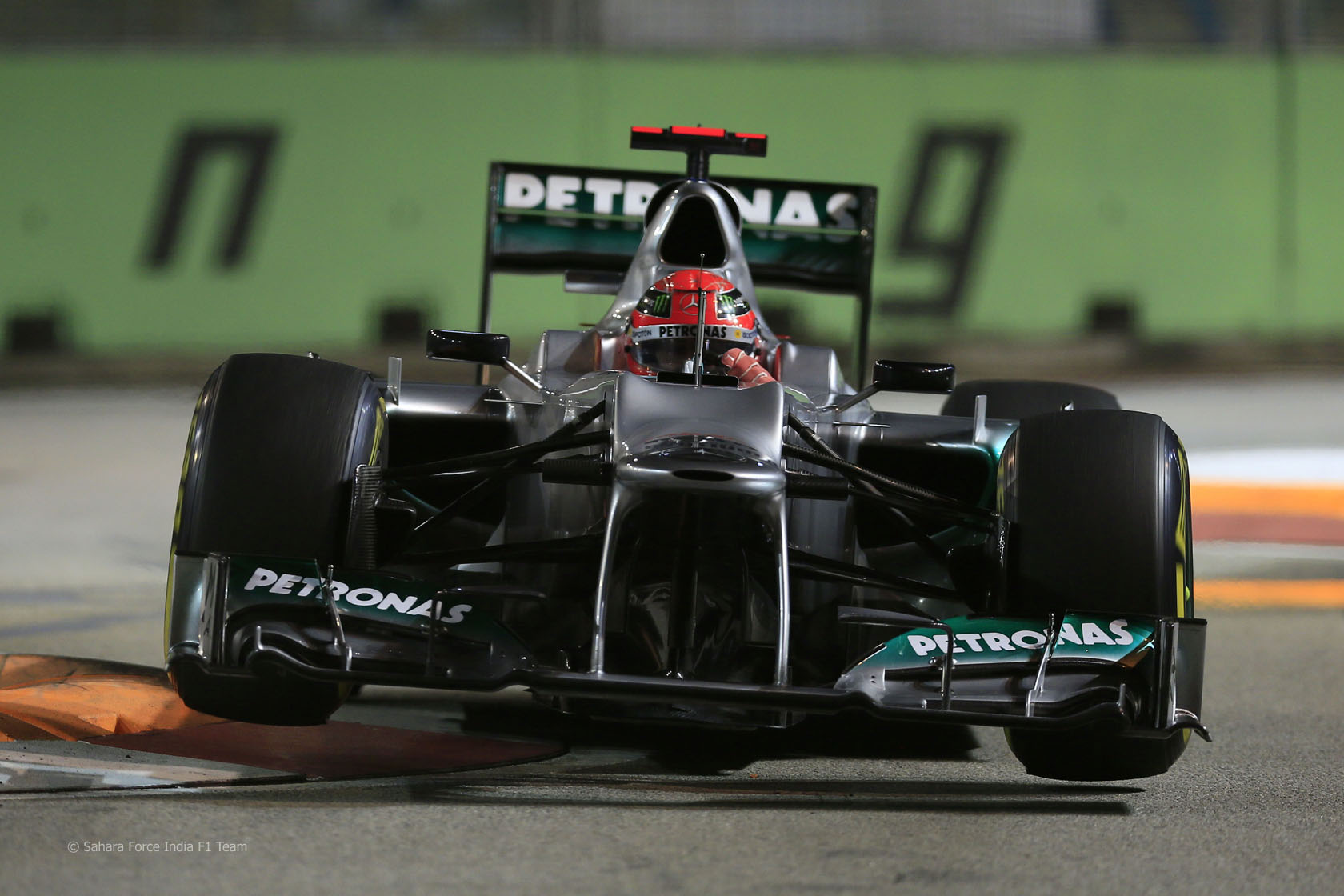 Michael Schumacher will be docked ten places on the grid for the Japanese Grand Prix.

The Mercedes driver was handed the penalty for his collision with Jean-Eric Vergne which took both drivers out of the Singapore Grand Prix.

Schumacher admitted the crash was his fault, according to the stewards’ report: “The driver admitted the collision was his error due to the failure to anticipate the braking performance of the car with lower tyre grip following a safety car period.

“The penalty takes into account that this is the second similar offence by the driver this season.”

70 comments on “Ten-place grid penalty for Schumacher at Suzuka”