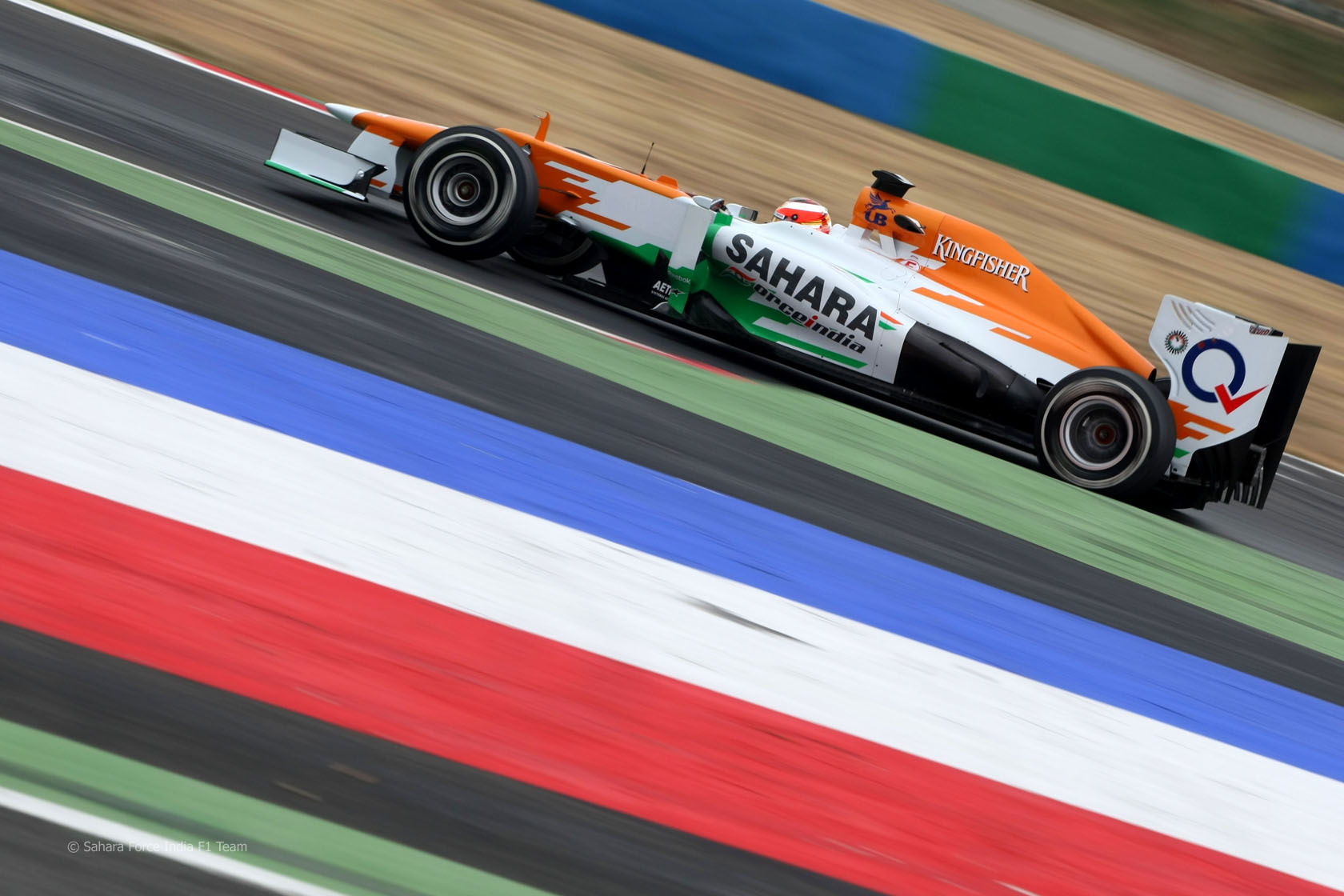 In the round-up: The French government will not provide money for an F1 race at Magny-Cours or Paul Ricard.

At the time of writing the Driver of the Weekend Poll is incredibly close, with just a handful of votes separating the top three drivers. Cast your vote here:

“The French Autosport Federation (FFSA) will check whether the two candidates for a Formula One French Grand Prix in 2013 will carry on with their bids after the Sports Ministry said on Tuesday no state subsidy would be provided.”

The original statement in French can be read here.

“Ms Asher pinned the blame on the rising subsidies on the escalation fees written into the contract that the previous state government signed with Bernie Ecclestone?óÔéĽÔäós Formula One Group. ‘The Brumby Labour government signed off on a contract that is too expensive for the taxpayer in my opinion,’ she said. ‘This is a very, very expensive race and I personally am not happy with this level of subsidy.'”

“The float won?óÔéĽÔäót happen this year, but next year it will if the markets change. No IPOs have gone through, only [football club] Manchester United. I was surprised that they let it go through at the price. First the price and secondly the amount.”

“The original Donington Park infield was excavated by contractors working for the previous operator?óÔéĽÔäós ill-fated Formula 1 circuit rebuild in 2009. Now placing that whole episode firmly into the history books, the new Donington ownership and management has, following a successful council planning application this summer, now committed to transform the circuit over the next two winters.”

“All around the world Schumacher is worshipped as a sporting great and his marketing power is the main reason Mercedes employs him. But just as the world is waking up to the mountain of evidence against seven-times Tour de France ?óÔéĽ?Łwinner?óÔéĽÔäó Lance Armstrong, the seven-times F1 world champion cannot be surprised by those who doubt the legality of what went before.”

Michael Schumacher needs to come back in 2013 (USA Today)

“Rosberg has 93 points in 2012, to Schumacher’s 43 – an unfavorable-looking comparison for the elder statesman. But a closer analysis of their numbers suggests they aren’t, in fact, that far apart, judging from the seven races Schumacher actually finished. In six of them, Schumacher placed higher than Rosberg. On average, Rosberg is scoring 6.6 points per race in 2012, only slightly better than Schumacher’s 6.1 average in the seven races he finished.”

“Through fast, aerodynamically-demanding corners [the Ferrari F2012 has] been very competitive and there’s no reason to suppose it won’t remain so. As such, it should be well-suited to Suzuka, Korea and India, maybe not quite at its best at Abu Dhabi but with nothing too worrying about the layouts of Austin or Interlagos. In fact, the car’s versatility – its competitiveness relatively immune to changes in track temperature, tyre compounds and rainfall – could well turn out to be the most valuable asset of any car in the coming races.”

Alonso still on pole to win title ahead of Vettel (BBC)

Jaime Alguersuari: “I have been really enjoying my commentary role at BBC Radio 5 live this year but I won’t be going to the next three races. It had been planned for some time. It’s better for me to prepare for next year, to keep my training up, as I’m sure I will be back driving in F1.”

“I can’t think of anyone better qualified to tell Lewis what he doesn’t want to hear in respect of his racing. And life in general, come to that. Lauda’s greatest ability is to apply searing common sense to every problem, no matter how intractable it may appear.”

My latest article for Unibet, looking at whether Hamilton’s Singapore retirement ended his championship chances.

Change the tracks or change the cars? @JamesF1 has some thoughts:

Whilst it is true that changes need to be made to the track, a focus needs to be made towards making cars more able to follow each other closely. Since 2008 we?óÔéĽÔäóve seen major steps forward in this, but cars still seem to struggle in the dirty air behind the lead car, up to approx 1 second behind it (depending on the track).

I like the Singapore Sling. Yes, it is a unique corner and unique challenge to the drivers, but if F1 folks quickly acted on every driver?óÔéĽÔäós whinge and complaint, the sport would change one weekend to the next. No thanks to that!

It would be a shame to lose the bridge sections of the track, they provide stunning imagery, and Massa at least showed it is possible to overtake here too.
@JamesF1

Victory in the Spanish Grand Prix 25 years ago today kept Nigel Mansell in the hunt for the drivers’ championship.

Ayrton Senna tried to complete the race without a pit stop but found himself struggling on worn rubber at the end of the race. He held up a growing train of cars which included Nelson Piquet after a slow Williams pit stop.

Here are Senna, Prost and Piquet doing battle – the latter spinning at one point on his way to fourth place:

75 comments on “No government money for French Grand Prix”