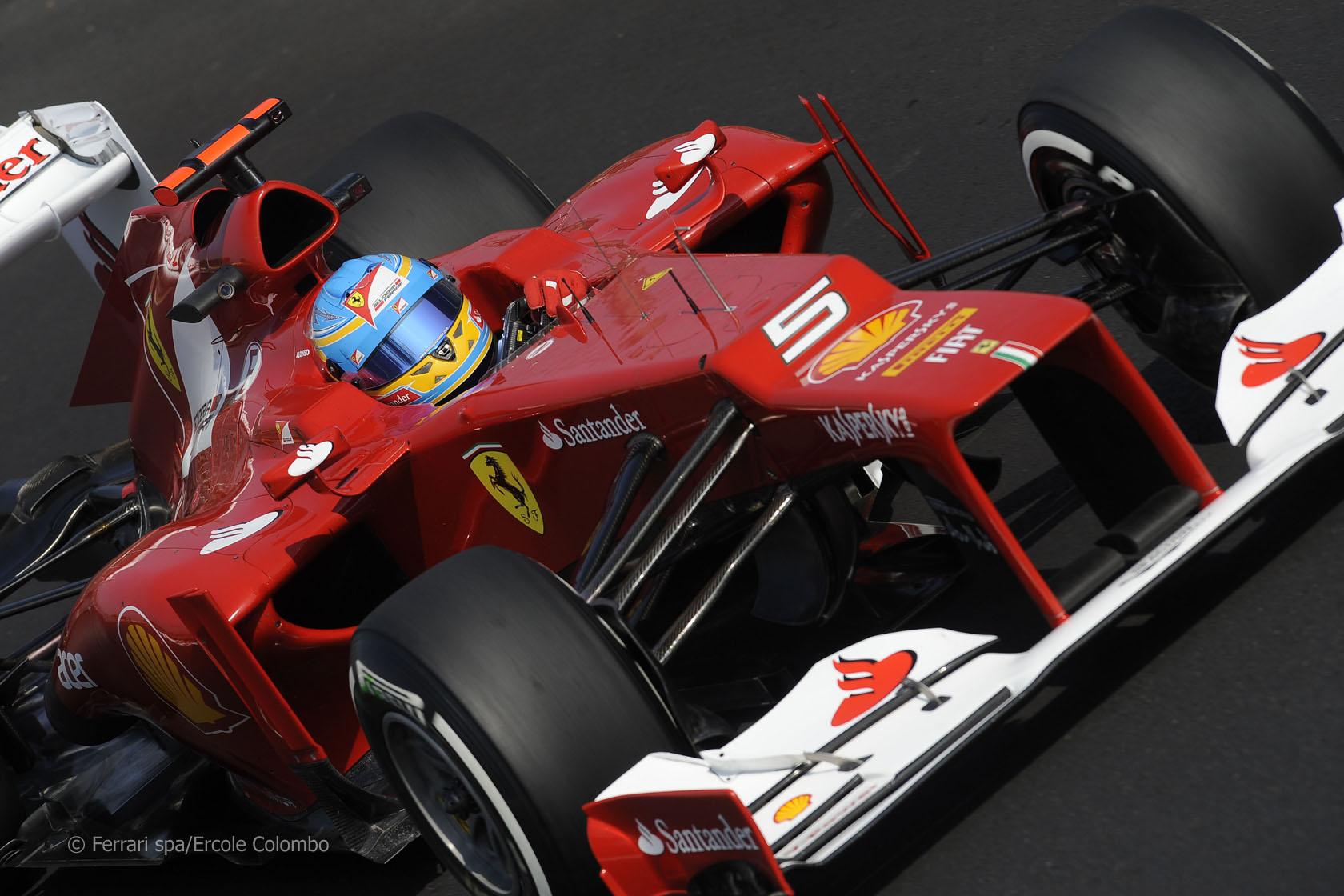 In the round-up: The F1 rules for 2013 will allow teams to improve the look of their cars but prevent them from using Double DRS.

The 2013 F1 sporting and technical regulations have been published by the FIA and can be found here.

Among the new rules is the allowance for a panel on the front of the car to disguise the stepped noses which have appeared on most cars this year:

They also forbid the use of DRS to alter other aspects of the car’s performance, effectively banning systems such as Mercedes’ Double DRS:

It cannot be used to change the geometry of any duct, either directly or indirectly, other than the change to the distance between adjacent sections permitted by Article 3.10.2.
FIA 2013 Formula One Technical Regualtions, article 3.18

“The letter, written by some teams to Todt this week, says: ‘At a time when the FIA and teams are actively engaged in cost control, the teams wish to repeat their concern at such a significant increase.'”

F1 teams in the dark over entry fees (Autosport)

“The latest proposal now put forward is for every team to pay an entry fee of ?È?˙308,000, plus an additional ?È?˙3,080 per point scored. However, the constructors’ champions will pay a premium of ?È?˙3,700 per point.”

Ross Brawn: “Michael has been a huge asset to the team, he’s really taken us forward. I do think Michael contributes an awful lot, so I think the decision for Michael to stay or not continue is a difficult one.”

Ricciardo gets on track (The Age)

“[Mark Webber’s] lap times before he caught me were very strong and I wasn?Û‘Èº‘‰Ût sure how easily I?Û‘Èº‘‰Ûd be able to hold him off or how easily he?Û‘Èº‘‰Ûd be able to get past me, but I knew that there are only a few passing opportunities around this track and I knew if I just nailed those places every lap, just try to hit my lines well, it?Û‘Èº‘‰Ûd make life a little more difficult for him.”

“After the race the stewards were kept very busy investigating all the incidents and the media centre was kept up to date by the FIA media delegate Matteo Bonciani relaying each decision over the tannoy. So rather than the media waiting for each decision to arrive, he actually told people and explained the reasons, which is very useful if you are busy at your desk working. This is what the media wants. We want openness and decisions like that should be immediately out in the open. If this sort of thing happens at every race it would be great.”

“The latest report suggests that the prosecutors have been looking for evidence that shows that Ecclestone knew that Gribkowsky was a public official, as Bernie?Û‘Èº‘‰Ûs legal counsel had argued that this was not the case. However, Mr E made some disparaging remarks about Gribkowsky being a civil servant and that may be the key to cracking the case, if the prosecutors consider this to be evidence that Ecclestone knew that he was dealing with a public official.”

We should hear about Lewis tomorrow. Suspect there's been lots of last minute negotiating/action so don't know which way it will go

This use to be a town called Natori which has been completely flattened by the Tsunami… pic.twitter.com/X60g7P3o

To confirm, Bruno's burns were due to a wiring loom seal coming loose in the seat allowing heat from back of car to escape-not KERS related

@Npf1 was not impressed with Darren Heath’s article on Michael Schumacher which featured in yesterday’s round-up:

As a guy who loved Schumacher since I was a little boy, I was one heck of a fanboy between ages eight and sixteen. I went as far as drawing moustaches and ?Û‘Èº?£dunce?Û‘Èº‘‰Û hats on Villeneuve, Hill, Hakkinen in magazines and later despised Raikkonen and Alonso. All for beating my hero.

Of course, at some point, a person grows up. Sadly, some people never seem to move from those absolutes. These people are often found in YouTube comment sections (watch any Senna vs Schumacher video, both sides go mad) or high schools.

Personally, at 22, I?Û‘Èº‘‰Ûm not too crazy about Schumacher?Û‘Èº‘‰Ûs second career. I?Û‘Èº‘‰Ûve kept at collecting his miniatures and still scream like a little girl when he does good, but that?Û‘Èº‘‰Ûs seldom the case. Still, as a fan, I support him.

However, I also realise the fortunes Schumacher had. Arguably, Piquet-Senna-Prost-Mansell and Alonso-Hamilton-Vettel are more fierce competitions than Schumacher versus anyone with a Newey designed car or later Alonso. Not to mention the monetary, technological and psychological advantages.

And he and his team have likely broken rules as well. I still think he was the best driver between 1994 and 2004, but seasons like 2003 or 2005 showed his weakness: he can outperform the car somewhat, but not by the margins aforementioned drivers could/can. […]

I really wish more F1 discussion would be without the conspiracies, my favorite driver is better than your favorite driver, etc. It?Û‘Èº‘‰Ûs somewhat sad to see a professional F1 photographer falling into just that.
@Npf1

The 1997 Luxembourg Grand Prix was held at the Nurburgring in Germany 15 years ago today.

Mika Hakkinen started from his first ever pole position and kept the lead as several cars went off at the start.

He and McLaren team mate David Coulthard ran one-two until both retired within moments of each other with engine failures – a grave embarrassment for Mercedes at their home race.

That left Jacques Villeneuve to collect the win and take the lead of the drivers’ championship. Michael Schumacher had been eliminated in the first-corner collision triggered, ironically, by his brother Ralf.