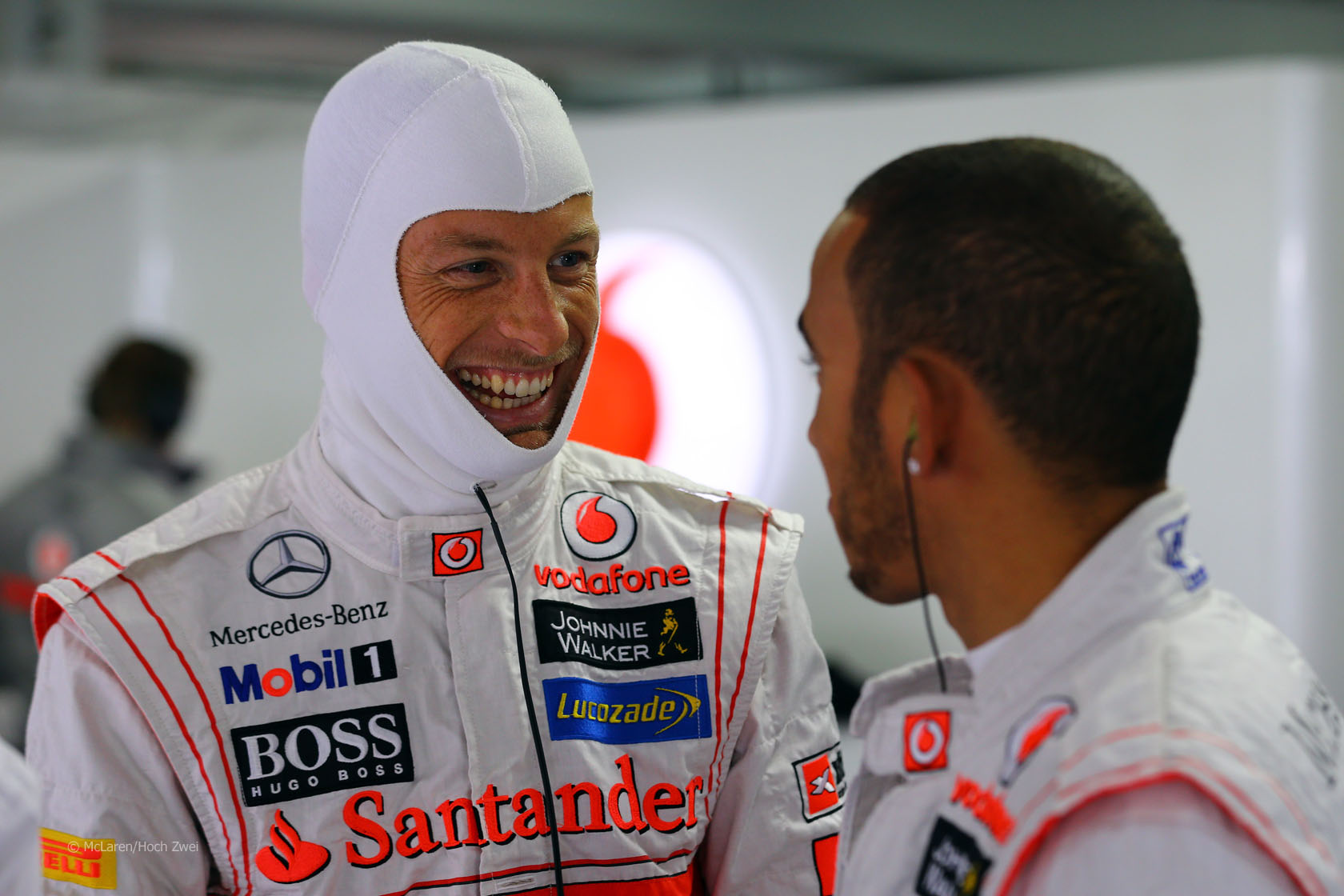 What did Lewis Hamilton have to say to Jenson Button which prompted a wide grin from his team mate?

After three years together, McLaren’s ‘dream team’ will be broken up as Hamilton heads to Mercedes.

Since Jenson Button joined the team in 2010 the pair have been very closely matched. Hamilton has out-scored Button by the narrow margin of 609 points to 603. They’ve got six races left as team mates to sort that out.

Can you think of a good caption for the picture above? Post your funniest suggestion in the comments.

As usual a pick of the best will feature in the daily round-up.