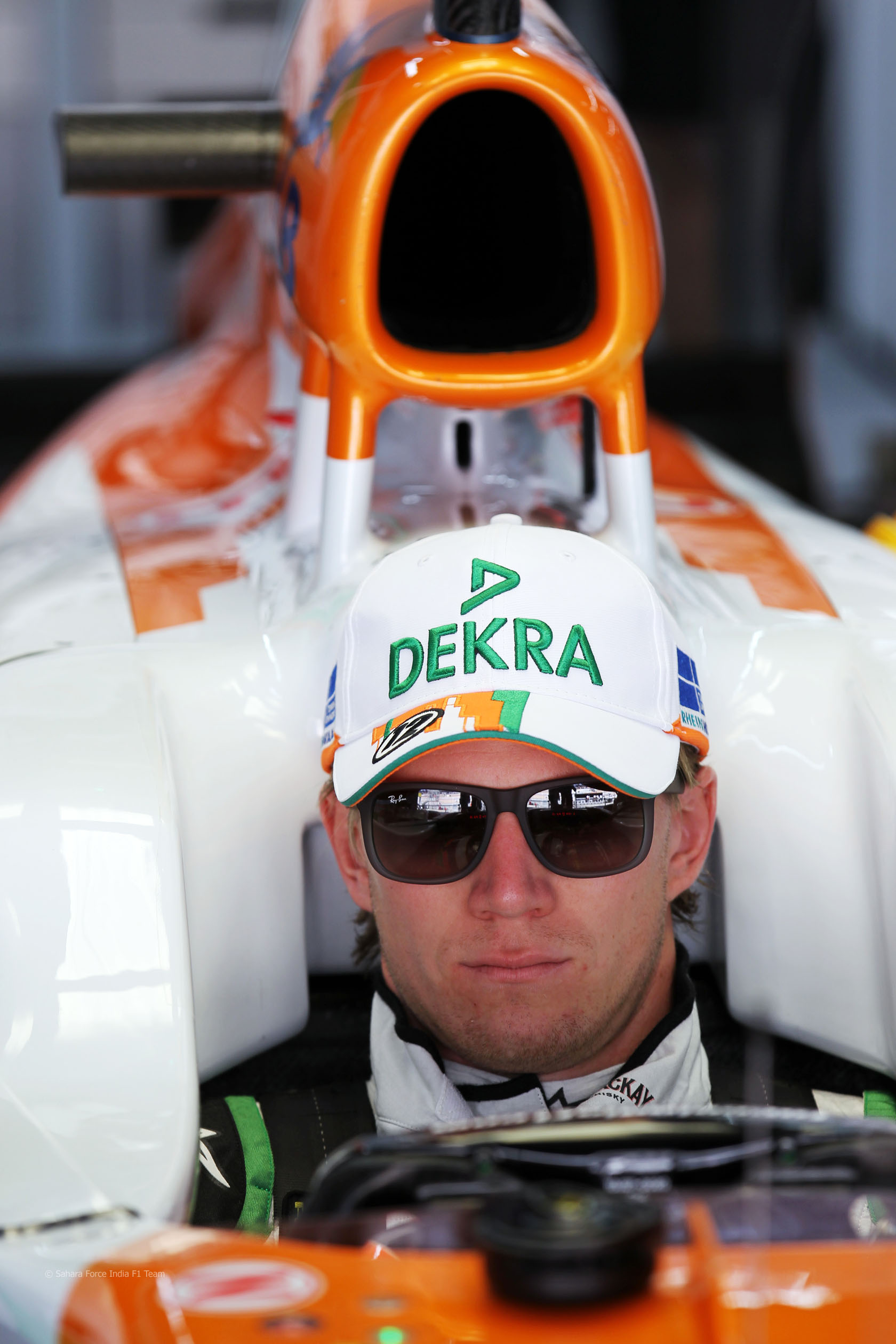 In the round-up: Moves afoot in the driver market as Sauber are reported to be set for a complete change of line-up.

“Esteban Gutierrez, the team’s reserve driver, is tipped as a partner for the German, which would leave Kamui Kobayashi without a seat.”

“A stronger second half to the campaign and impressive drives in Japan and Korea have sealed his place at the team – with it understood that a deal will be sorted out imminently.”

Next updates will be key – Alonso (ESPN)

“We didn’t bring anything new to the last six or seven races, so we are doing what we can at the moment and trying to save points, which I think we are doing perfectly every Sunday. It was a perfect Sunday for us with a good start, a good strategy and then a finish on the podium. I think it was a very strong Sunday but hopefully we will make a little bit of a step in performance and we can fight for bigger things.”

Lewis Hamilton: “This is a year to forget I think…” (Adam Cooper’s F1 Blog)

“It?¾įķ╝įõ¾s a day to forget. This is a year to forget I think as well. I?¾įķ╝įõ¾m looking forward to a fresh start next year. I didn?¾įķ╝įõ¾t give up the whole race, I tried my hardest, but it was a real disaster. Three stops, what could I do?”

“Lotus are the last team to follow the trend for the Coanda-effect exhaust system, introducing it from Friday in Korea on Kimi Raikkonen’s car, providing exhaust-boosted airflow over the rear brake ducts and around the diffuser sides.”

Horner: Red Bull were right on the limit (Sky)

“Every time they bring up a slow motion and you see bits of inner edge flying off – I decided not to look at those from about half distance.”

Sebastian Vettel: “Obviously we try to look after [the tyres] during the whole of the last stint, because we’ve seen in the stint before how sudden the front tyre can lock up and you can lose control of the front tyres, so obviously we didn’t want to run into that sort of problem again, especially with pressure from behind so even if you have quite a big gap, when you start to struggle a lot with these tyres, then there is a lot of time lost within a couple of laps – I’m speaking of a couple of seconds per lap, so we didn’t know that. As I said, we controlled that very well so we still had some shoes left, tyres were not new but they were not completely worn until the end so I was going a little bit quicker in the last sector so that’s why the lap time was pretty similar to what I started with in the beginning of the stint, but calculate the difference of fuel and it’s a big difference.”

“BayernLB, the state-owned German bank, paid Mr Ecclestone $41m for acting as a guarantor, but it is now considering suing him to get the money back.”

“Kaltenborn has never directly experienced sexism or racism in racing, and says: ‘I don’t see any of that. It’s more about who are the stronger teams and the weaker teams, and there it doesn’t matter if you are a man or a woman.'”

Seb's front right from under the podium. Lots of pick up so tough to see extent of wear. pic.twitter.com/VFMvilmv

It was my misstake at start accident sorry for jenson and nice…. Also to my team…..

@Andae23’s verdict on the race:

I think this race perfectly demonstrated what?¾įķ╝įõ¾s wrong with Formula 1 anno 2012. There has been a lot of critisism about the DRS zone between turns two and three: it had been elongated, and – surprise, surprise – overtaking there was as easy as stealing candy from a baby.

For the circuit itself: though more people enjoyed the race from the stands this year, still it is unable to win over the Koreans to suddenly care about racing. I will just keep my mouth shut about the Astroturf. One should really ask himself: why turn down great European circuits with loads of fans, and go racing in a swamp three hours away from the nearest airport?

Also the Hulkenberg/Grosjean battle was very entertaining throughout the race, with climax being Hulkenberg passing both Grosjean and Hamilton at turn four. There were some other battles down the field, that were unfortunately not shown on TV.
@Andae23

Happy birthday to Fer No. 65 and Sebastiaan Huizinga!

And happy birthday to Bruno Senna who is 29 today.