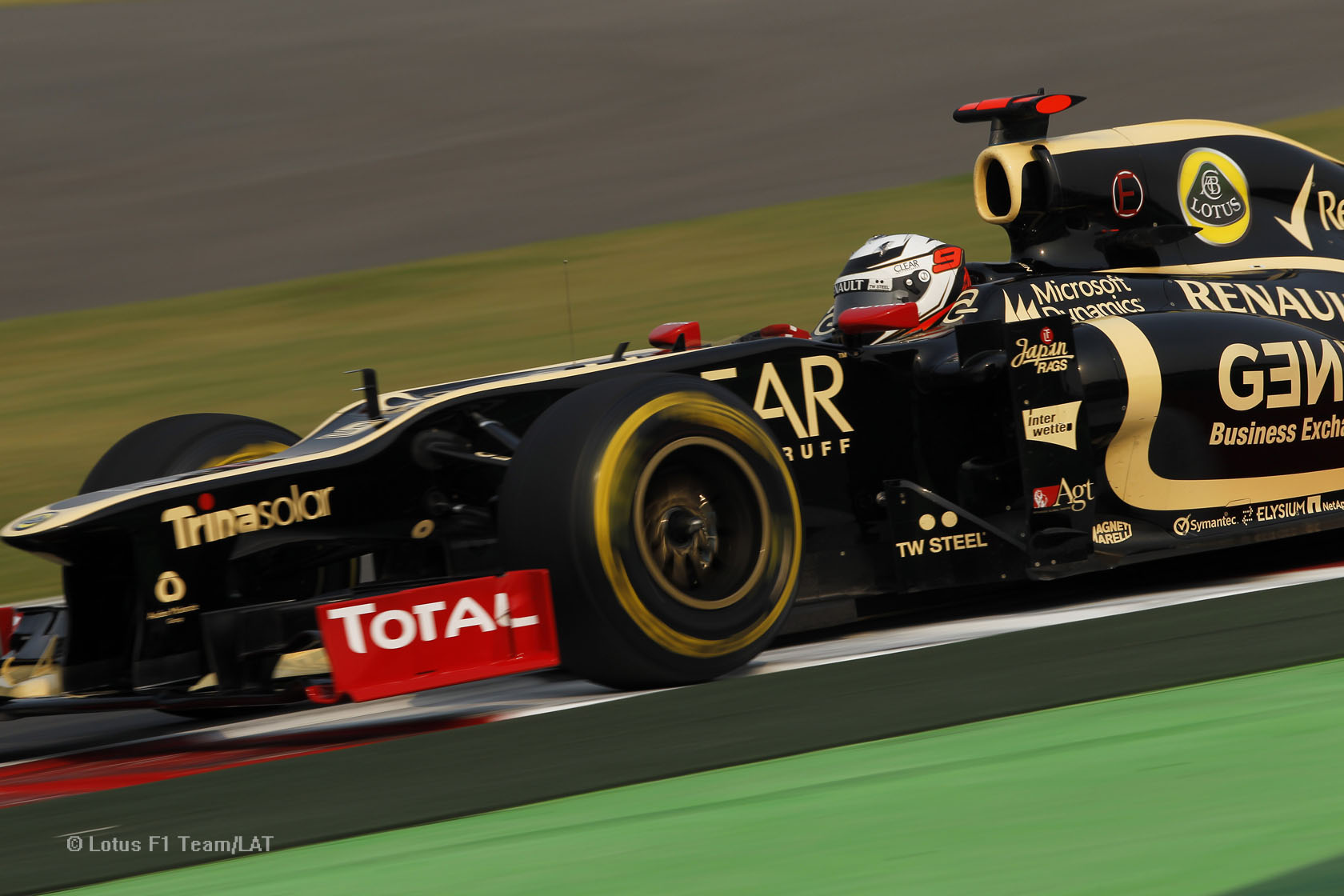 Kimi Raikkonen says qualifying will be a key area for improvement in his second season with Lotus next year.

In a Q&A released by the team Raikkonen said: “This season has shown that you have to be on first two rows to be able to win every time.

“It?óÔéĽÔäós important to improve our grid positions for 2013. That?óÔéĽÔäós one of main targets for me.”

Raikkonen believes he has defied the doubters on his return to Formula One this year: “I think there were a few people who had doubts about how I would perform after being away for a while.

“Personally, I didn?óÔéĽÔäót feel I stopped racing at all. I may have been doing something different with rallying, but after coming back to Formula One I immediately felt fit enough ?óÔéĽÔÇŁ and fast enough ?óÔéĽÔÇŁ to start racing again.

“My hunger for winning is exactly the same as always and I think I?óÔéĽÔäóve shown that I?óÔéĽÔäóm capable of fighting for victories. Obviously there have been none so far this year, but we have come close a few times and for sure we?óÔéĽÔäóll keep on trying for as long as it takes to start winning again.”

Earlier today Lotus confirmed Raikkonen will see out the second year of his contract with them in 2013. Raikkonen is third in the championship at present and believes he can do better next year:

“I have been very happy with the team; how they work, how they approach the races and how they invest in developing the car. I think with the progress behind the scenes at Enstone we could be fighting for the podium even more often next year and also be able to make a stronger challenge for the championship.”

“This season has shown me that I still love racing as much as I ever did,” he added. “Obviously, I would have not come back to the sport if I did not feel like this. Driving a Formula 1 car still gives me the same inspiration and I feel the same passion for it.”