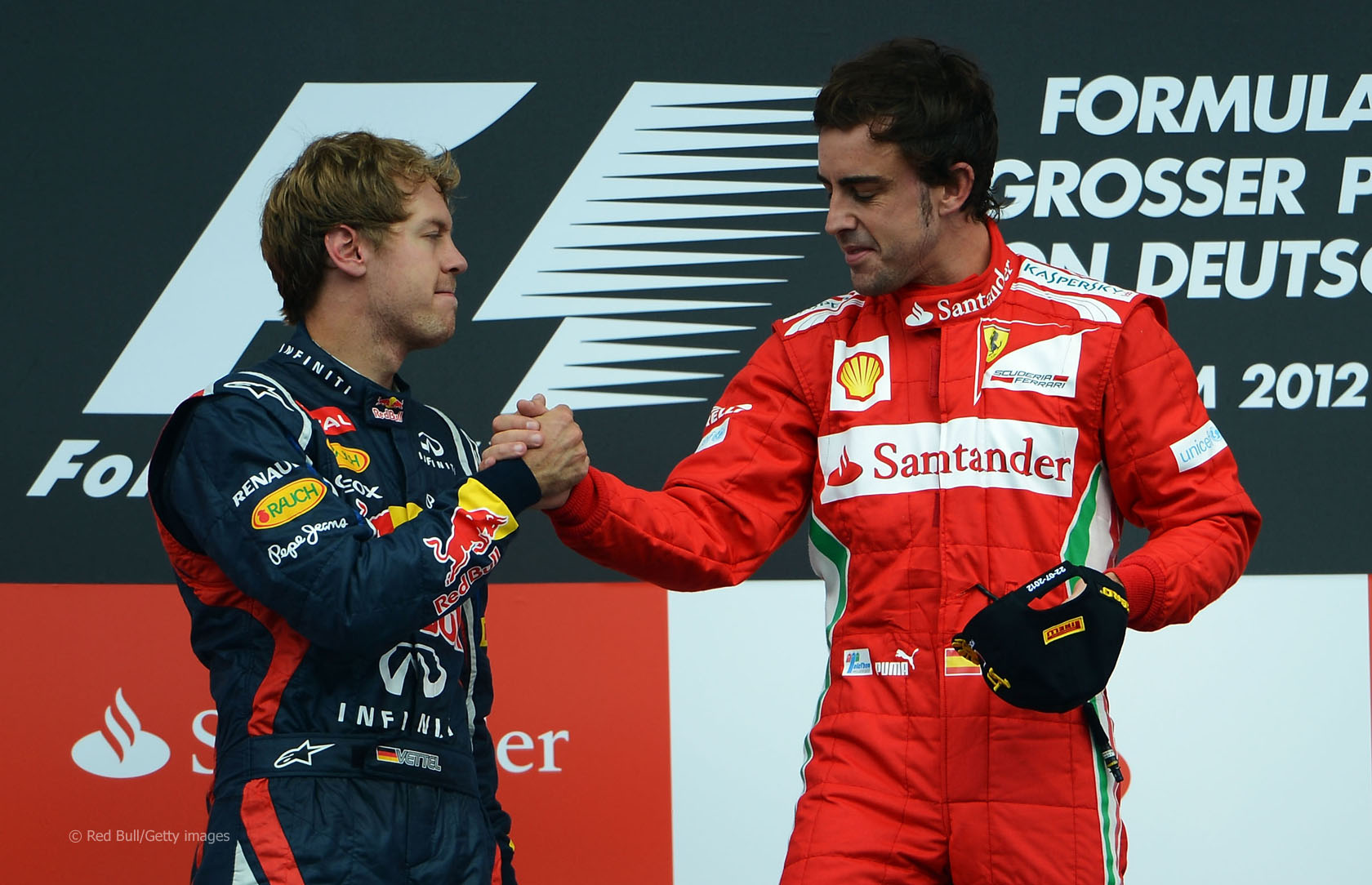 Sebastian Vettel and Fernando Alonso would both be worthy world champions whichever of them wins the title this year, according to their rivals.

Speaking in the press conference ahead of the Abu Dhabi Grand Prix Jenson Button said: “They’ve both done a fantastic job this year.

“You would say throughout the season Fernando has probably been – well, he has been, the more consistent.

“Your don’t win Grands Prix on your own, you don’t win championships on your own. So whoever comes out on top is the driver who deserves to win it.”

“Sebastian as well,” Massa added. “Especially in the second part of the championship. So I think we are not talking about one guy which has many victories, the other one not. We are talking about two drivers and one of them who win we would say he deserves it.”

“But anyway, I hope Fernando will win,” he concluded.

Daniel Ricciardo said the outcome of the title contest is not a foregone conclusion despite Vettel increasing his lead in the last race:

“I think this season’s been very hard to judge. It’s been a very exciting season and I think anything can happen. So even if it is the case that the package of Vettel, himself and the car, is better at this stage, it still doesn’t confirm a world championship. You have to get it done on Sunday and there’s still three Sundays to go and things can happen.

“I think they’ve both had a little bit of bad luck this season. I think from now they’re going to go head-to-toe. Obviously Red Bull’s been the car to beat in the last four races or so. But I think the pace is always changing and Ferrari’s obviously got some good experience and good people behind them. So I’m sure a surprise is not impossible either.

But Vitaly Petrov suspects Red Bull’s performance advantage will prove decisive: “I think it’s clear for me in the moment, today, the Red Bull car has a big advantage compared to Ferrari.

This year Alonso did a fantastic, incredible job at the beginning and he have a few crashes. But we know all of us, I think, Ferrari is not in the same place as Red Bull so it will be difficult for Ferrari but Ferrari also has a lot of passion to win and they bring a lot of updates so maybe this weekend or another weekend.

“I really don’t know but what I can see at the moment is Red Bull is a quicker car, that’s it.”

111 comments on “Vettel and Alonso both worthy champions, say rivals”