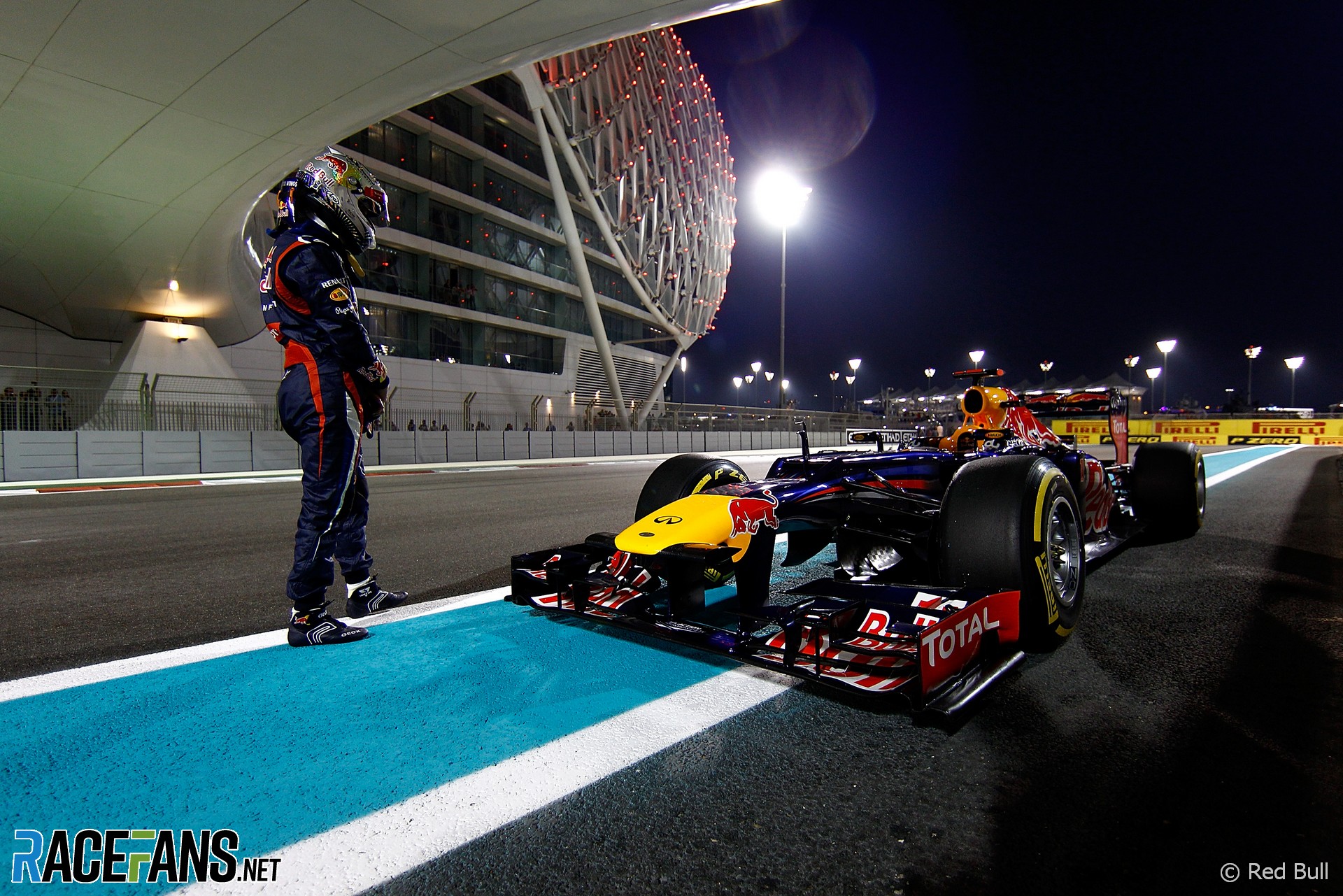 Lewis Hamilton claimed his sixth pole position of 2012 in qualifying for the Abu Dhabi Grand Prix.

The Red Bull pair line up behind him on the grid but Sebastian Vettel could only manage third place – and then stopped with an apparent problem on his car.

Hamilton was comfortably fastest in the first part of qualifying with almost half a second in hand over everyone else – including those who returned to the track for a second effort.

Nico Rosberg improved to second with his last lap. The two Ferraris showed better pace on the medium tyre in the cooler temperatures of Q1, both drivers featuring in the top five.

Vettel had a brush with the barrier at turn 19 after running wide on the kerbs. But Jean-Eric Vergne made a more serious mistake as he began his final flying lap. He spun off at the penultimate corner, and unsurprisingly his last lap wasn’t good enough to get him into Q2. “The car is going from one balance to another,” he said after returning to the pits.

The usual six others were also knocked out, with a strong effort from Charles Pic putting him ahead of team mate Glock as well as Vitaly Petrov’s Caterham.

Bruno Senna made it into Q2 despite being held up by Sergio Perez in the turn five/six chicane, an incident the stewards are set to investigate.

Hamilton stayed on top in the second phase of qualifying though with a reduced gap of three-tenths of a second over Mark Webber.

Vettel took third but Ferrari continued to show improve pace with Alonso fourth. This was despite him catching Webber at the end of his lap and gesturing at the Red Bull driver as he crossed the line.

“We saw that,” said race engineer Andrea Stella on the radio, indicating they felt Alonso got close enough to Webber for his lap to be compromised. But as it turned out neither driver was in danger of being eliminated.

Few drivers managed to find improvements with their final laps. Nico Hulkenberg fell short of making Q3 by less than three hundredths of a second.

Michael Schumacher failed to make the cut amid some confusion on his team radio, leaving him 14th behind Perez and Paul di Resta.

Hamilton used an extra-wide entrance to the final corner as he began his first lap in Q3. It began another superb lap which sealed his sixth pole position of the year.

Behind him the Red Bull drivers contested second place and it was Webber who had the edge this time. “I should have been a little bit quicker,” admitted Vettel afterwards.

A single run from Pastor Maldonado was good enough for him to take fourth place ahead of Kimi Raikkonen. Jenson Button could only manage sixth with his second run, over six-tenths of a second slower than Hamilton.

Alonso failed to improve with his last run and slipped to sixth. He had been delayed briefly as he left the pits when Grosjean left the pits in front of him but the stewards ruled Lotus had done nothing wrong.

That left the Ferrari driver four places behind title rival Vettel on the grid. But with Vettel pulling to a stop with an unidentified fault near the end of his in lap, there may be further developments to come for the championship contenders.