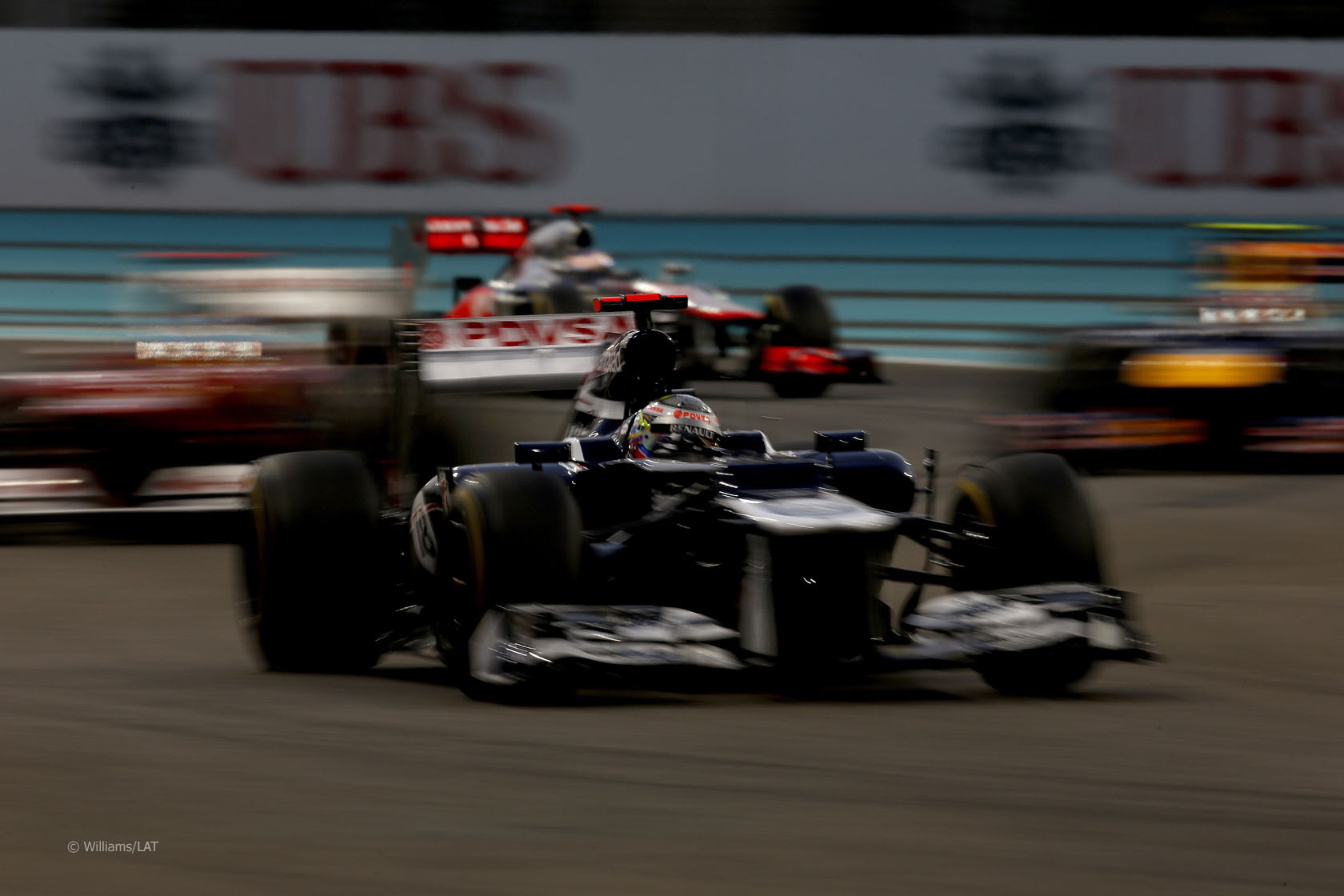 Williams believe Pastor Maldonado could have finished on the podium had his KERS not failed during the first safety car period.

Chief operations engineer Mark Gillan said: “We are delighted to get 14 points and have both cars home in the points, but also equally frustrated as without the KERS failure, which occurred after the first safety car period, Pastor could have come home with much more and a podium was certainly achievable.”

“When you are running in clean air and without anyone trying to overtake you losing KERS is typically a few tenths penalty in lap time,” said Gillan. “However without KERS you are very vulnerable to being overtaken by someone with both DRS and KERS, so Pastor was having to defend his position hard and this was costing him a lot of lap time.”

Gillan added the team’s choice of a set-up which offered better straight-line speed helped Maldonado: “We tried higher downforce levels but felt that our choice was optimal for the race without compromising qualifying. Pastor’s fourth quickest laptime in qualifying, coupled with our strong long run pace tends to support that view.

“The straight-line speed advantage also helped both drivers defend and attack throughout the race, although without KERS Pastor was primarily in defence mode.”

Both cars finished in the points for only the second time this year. Maldonado took fifth and Bruno Senna claimed eighth following a collision with Nico Hulkenberg at the first corner.

“The left hand side of Bruno’s car took a reasonably hard impact, which damaged a number of our sensors and also the bodywork,” said Gillan. “The car stood up well to the impact and Bruno’s pace was very good, although we had less live telemetry data on which to monitor the car’s performance during the race.”