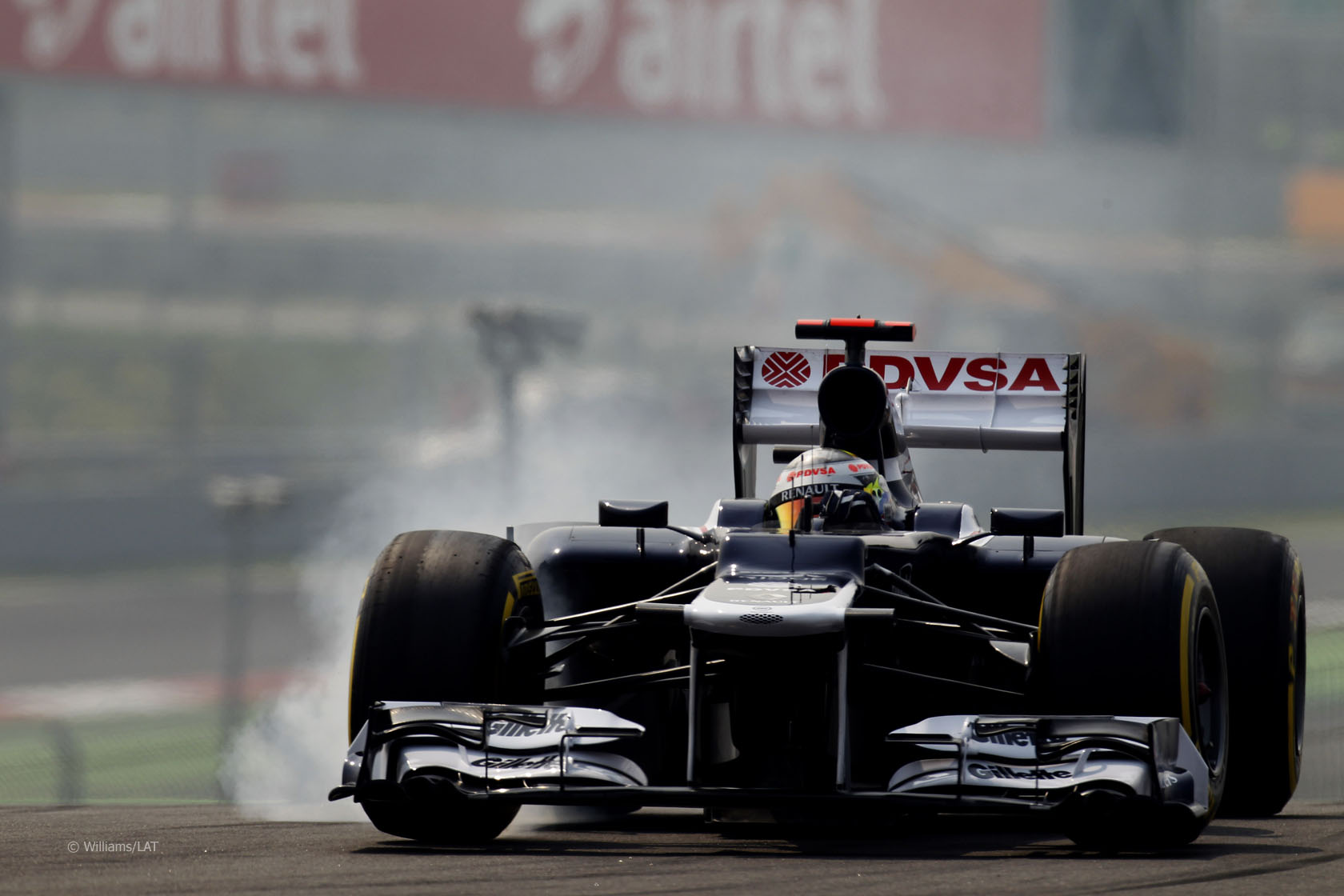 Williams say they will continue to bring updates to their car as they aim to pass Force India in the constructors’ championship in the final two races of the year.

“We will be pushing hard right to the end with further updates in order to try to secure seventh position in the constructors championship,” said chief operations engineer Mark Gillan.

Williams are 22 points behind Force India with two races left, and took 12 points off their rivals in Abu Dhabi.

Looking forward to the first race at the Circuit of the Americas this weekend, he said: “As this is a new track, with no historic database of information to call upon, it places even more importance on one?óÔéĽÔäós circuit simulation tools and simulator to ensure that we?óÔéĽÔäóre fully prepared in terms of both car set-up and proposed run programme.

“Pirelli bring their hard and medium tyres and as normal for any new track one will need to be careful on analysing the track versus the tyre evolution when making strategy predictions.”

Head of Renault Sport F1 track operations Remi Taffin said: “Austin looks like it will be a very interesting circuit. It has replicated some of the most challenging corners we have visited, including the Suzuka Esses and turn eight from Istanbul.

“There are also several gradient changes over a lap, particularly in sector one, which features a blind apex that will really push the drivers. Going to a new track requires a lot of simulation on the dyno in advance, more than double the amount of time we would spend for a ?óÔéĽ?Łstandard?óÔéĽÔäó race, but we may even spend longer than this, as with such variety of corners, we expect that the RS27 will be given a full workout.”

41 comments on “Williams aim to take seventh off Force India”