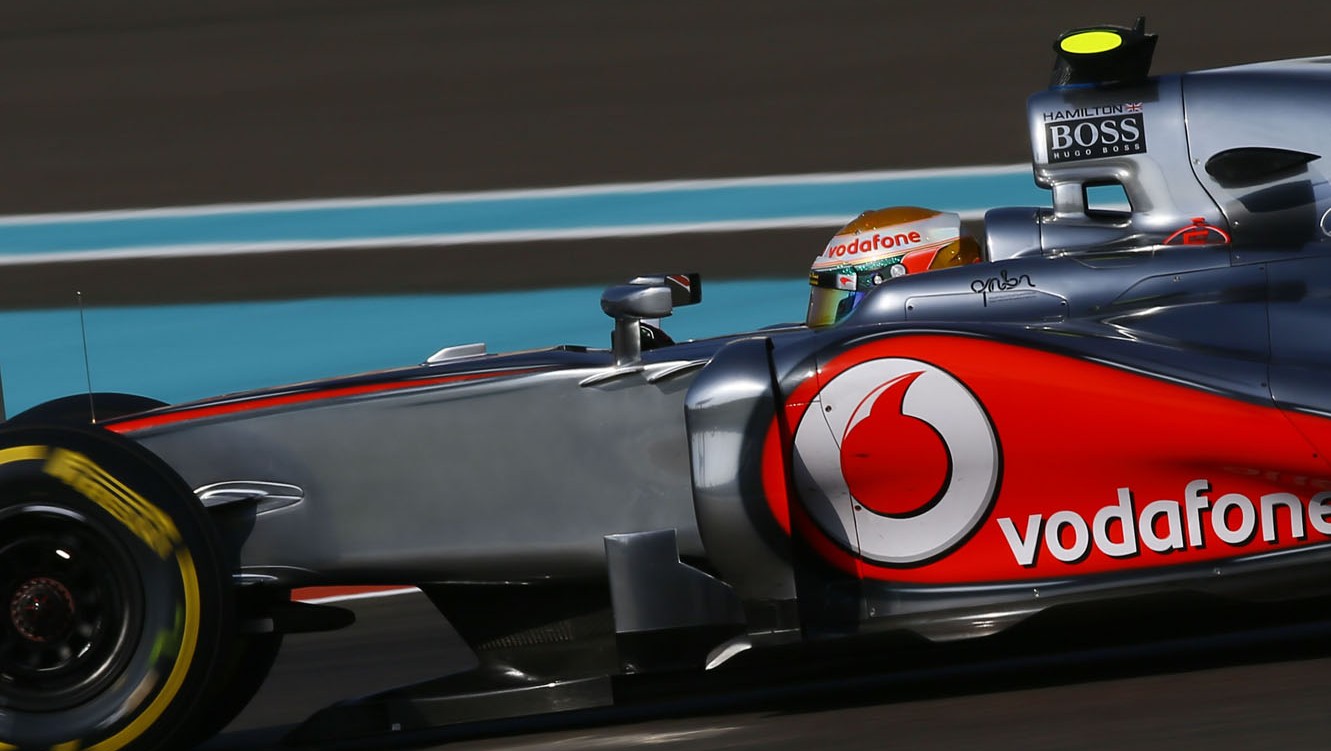 Loads of action from the Abu Dhabi Grand Prix captured by fans including Hamilton almost throwing the lead away, a poor pit stop for HRT and Vettel’s pass on Button.

High-quality slow-motion shot of Schumacher in action during practice.

Vettel doesn’t make it back

Qualifying finishes and the cars return to the pits – with the conspicuous exception of Sebastian Vettel’s.

The field filters through the first chicane on lap one. Paul di Resta misses the corner with a puncture and Bruno Senna arrives shortly afterwards following his tangle with Nico Hulkenberg. Then Vettel and Pedro de la Rosa appear from the pits.

Romain Grosjean and Nico Rosberg collide on the first lap.

Drama on lap two as Hamilton almost loses the lead at the turn eight chicane and Vettel damages his front wing making contact with Senna.

An HRT mechanic takes a tumble during a pit stop for Pedro de la Rosa, as snapped by @GeeMac.

And Michael Schumacher puts a move on Jean-Eric Vergne at the hairpin.

Late in the race, Vettel completed his trek from the pits to the podium with a great pass on Jenson Button at turn 11.

Were you at the Abu Dhabi Grand Prix? Did you capture any videos? Share them here: