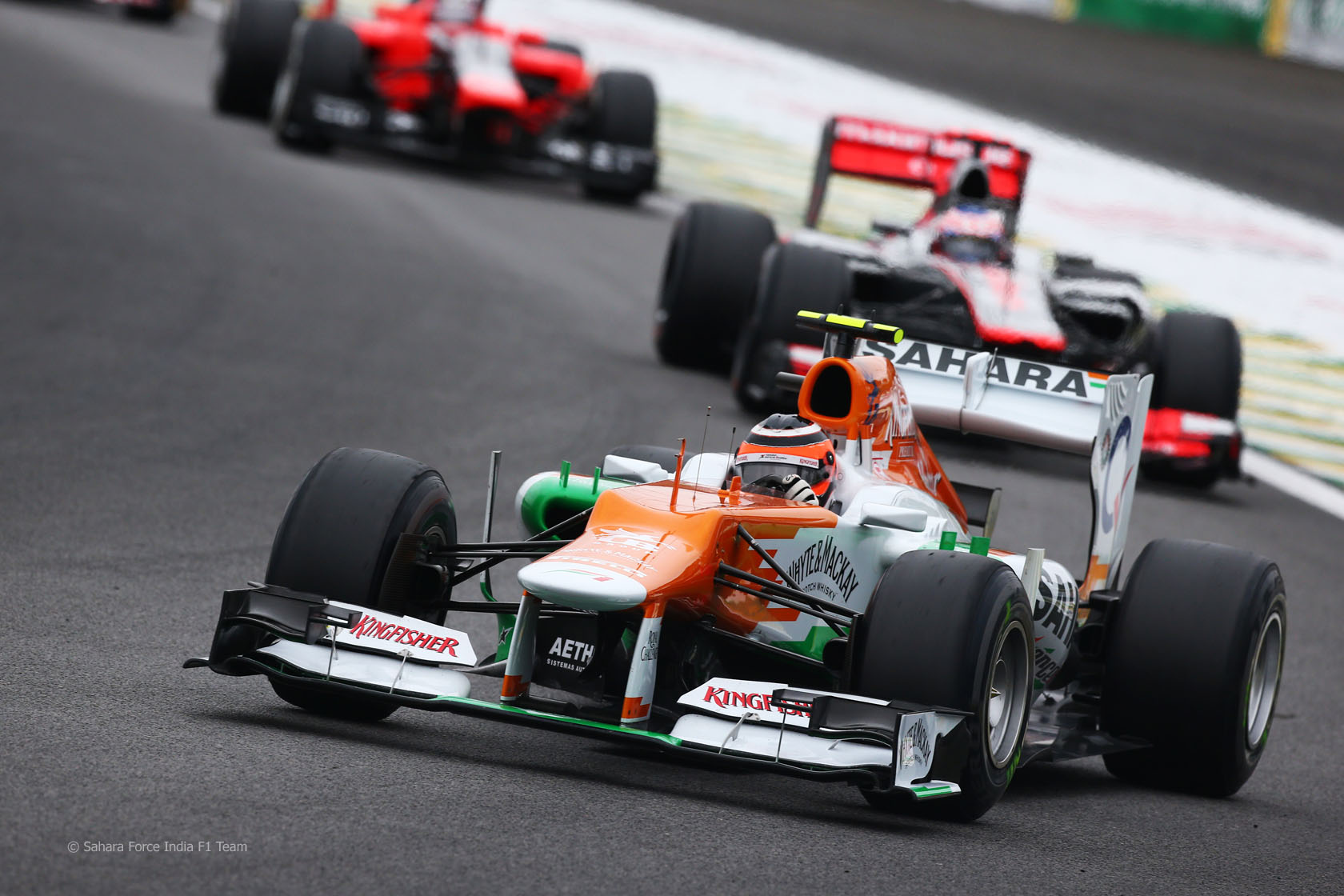 Nico Hulkenberg wasn’t the only driver who impressed with his speed in the wet conditions – Jean-Eric Vergne did as well.

One driver who shone in the damp conditions was Nico Hulkenberg, in similar circumstances to those he set pole position at the same circuit two years ago.

Another who impressed was Jean-Eric Vergne, who was among the quickest drivers on the track late in the race when the rain returned.

Kimi Raikkonen’s unsuccessful attempt to return to the circuit using an old section of track on lap 53 cost him over half a minute.

The fastest laps table reveals how badly Sebastian Vettel’s car was affected by the damage it incurred on the first lap – he was a second off the pace when the track was at its best.