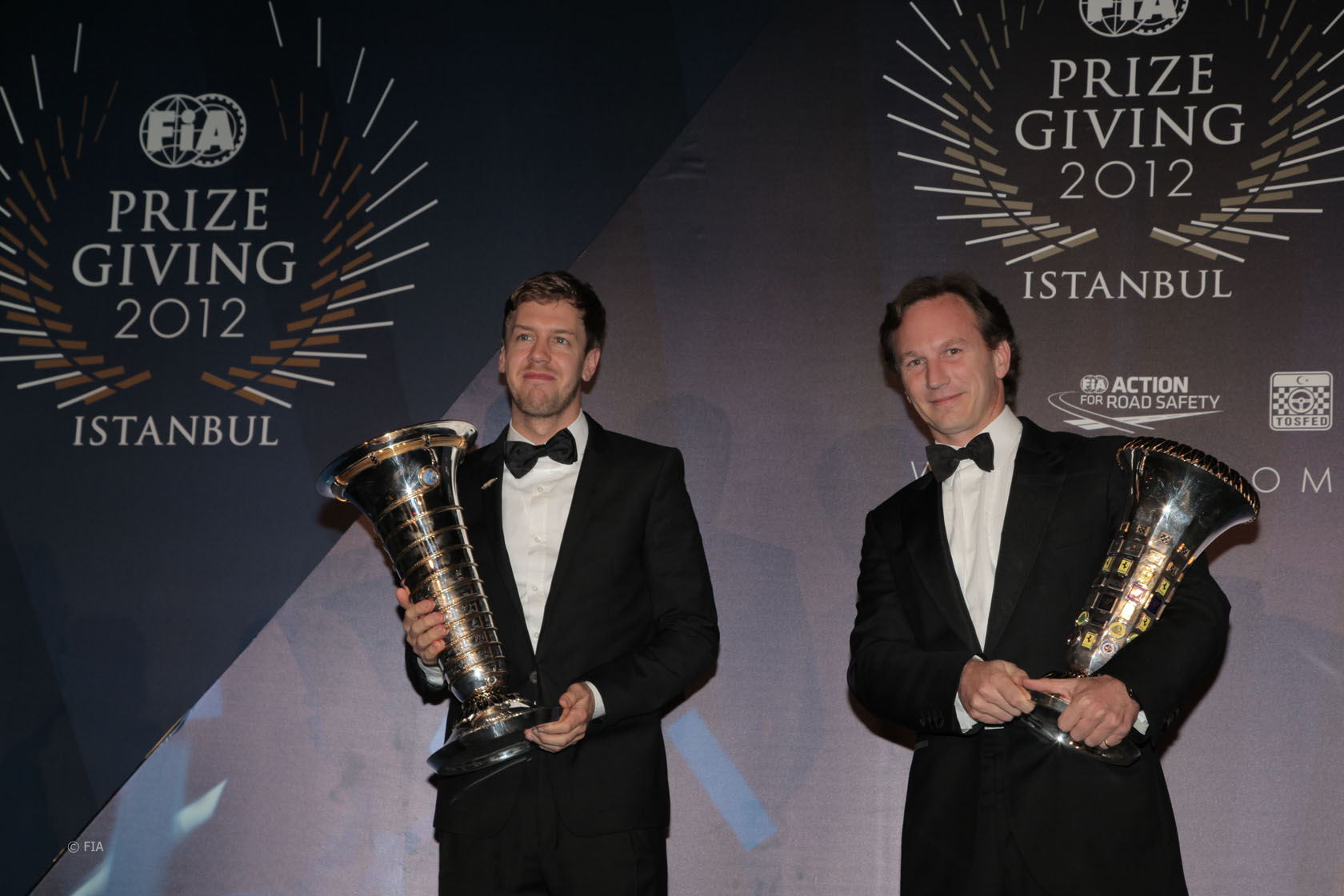 Formula One world champions Sebastian Vettel and Red Bull collected their trophies at the FIA Gala yesterday along with several other F1 prize winners.

Fernando Alonso and Kimi Raikkonen attended to collect their trophies for finishing second and third in the drivers’ championship.

The Formula One promotional trophy for a race was won by the Indian Grand Prix organisers for the second year in a row. Sky Sports were awarded the prize for top broadcaster.

The Deustcher Motor Sport Bund, Germany governing body of motor sport, was awarded the Bernie Ecclestone Trophy for the club whose drivers scored the most points.

Silvia Bellot, a graduate of the FIA’s trainee steward programme who has worked as several races over the past two seasons, was given the Outstanding Official Award.

44 comments on “2012 winners collect their trophies at FIA Gala”