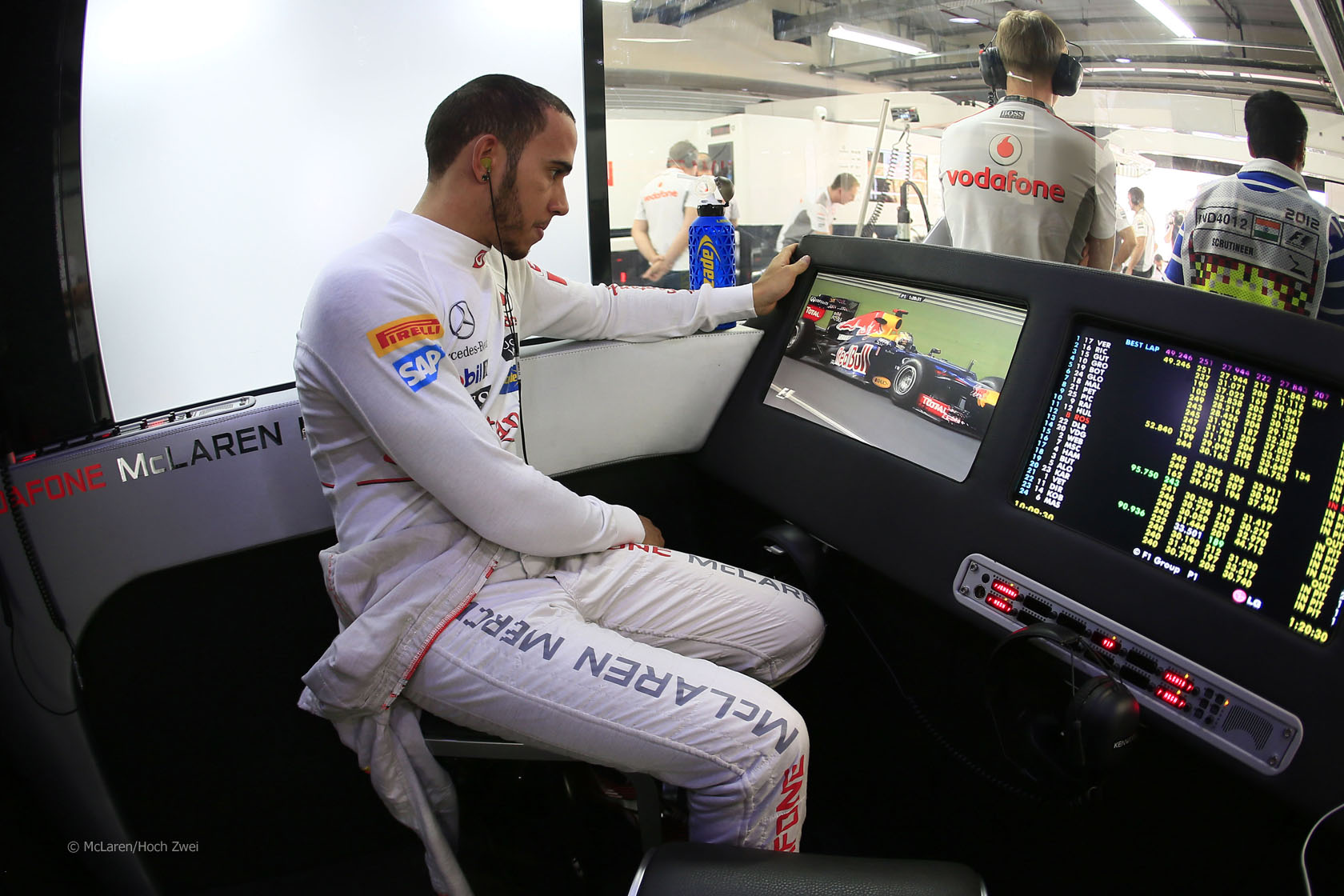 Lewis Hamilton is leaving McLaren for Mercedes next year – but is there another car he covets?

On more than one occasion during 2012 Hamilton said Sebastian Vettel was “lucky” to have a car as competitive as the Red Bull.

So what was Hamilton thinking as he watched Vettel in action during this year’s Indian Grand Prix? It’s up for you to come up with the best caption for this picture and post it in the comments below.

As usual a pick of the best will feature in the daily round-up.