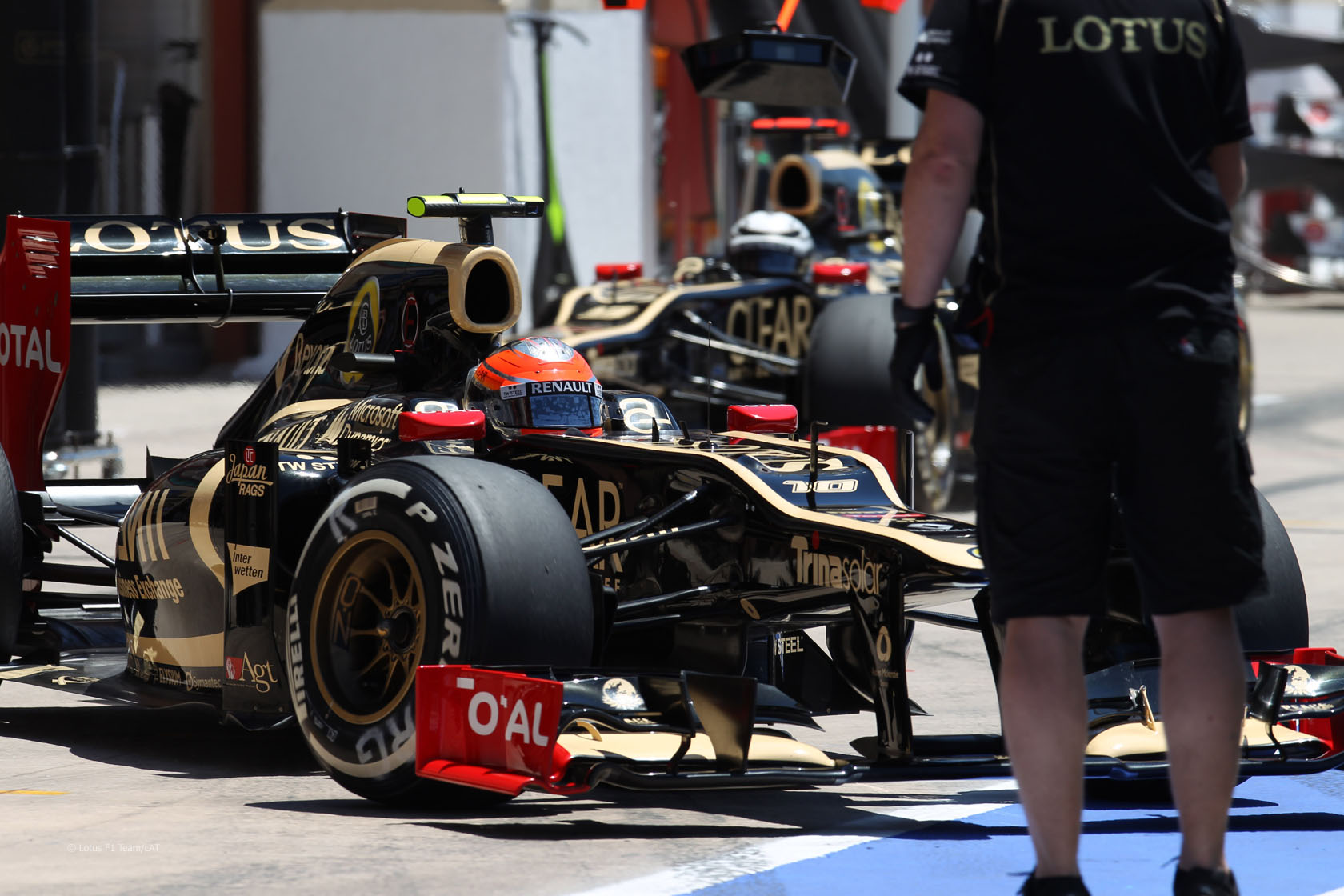 In the round-up: Lotus expect Kimi Raikkonen and Romain Grosjean to raise their game next year.

Lotus duo ‘will be much stronger’ in ’13 (Autosport)

“I know both our drivers will be race fit and, let’s say, delivering more than 12 months ago.”

“The capital’s airport in October recorded a 17.3 per cent surge in passenger traffic, boosted by the Haj and Eid season and the start of the Formula One season.”

Where did HRT go wrong? Thoughts from @Prisoner-Monkeys:

Trying to create a ‘Spanish’ team was the problem with HRT in the first place.

Adrian Campos fundamentally over-estimated the private and public demand for a ‘national’ team in Spain. He sought to capitalise on the popularity of Fernando Alonso, but did not realise that other Spanish drivers like Jaime Alguersuari received very little support in comparison.

And from that point on, it seemed that every decision was intended to make the team Spanish, which led to them establishing a base in a country with no infrastructure and no resources to draw on.
@Prisoner-Monkeys

One year ago today Sebastian Vettel was named the Driver of the Year as voted by F1 Fanatic readers: