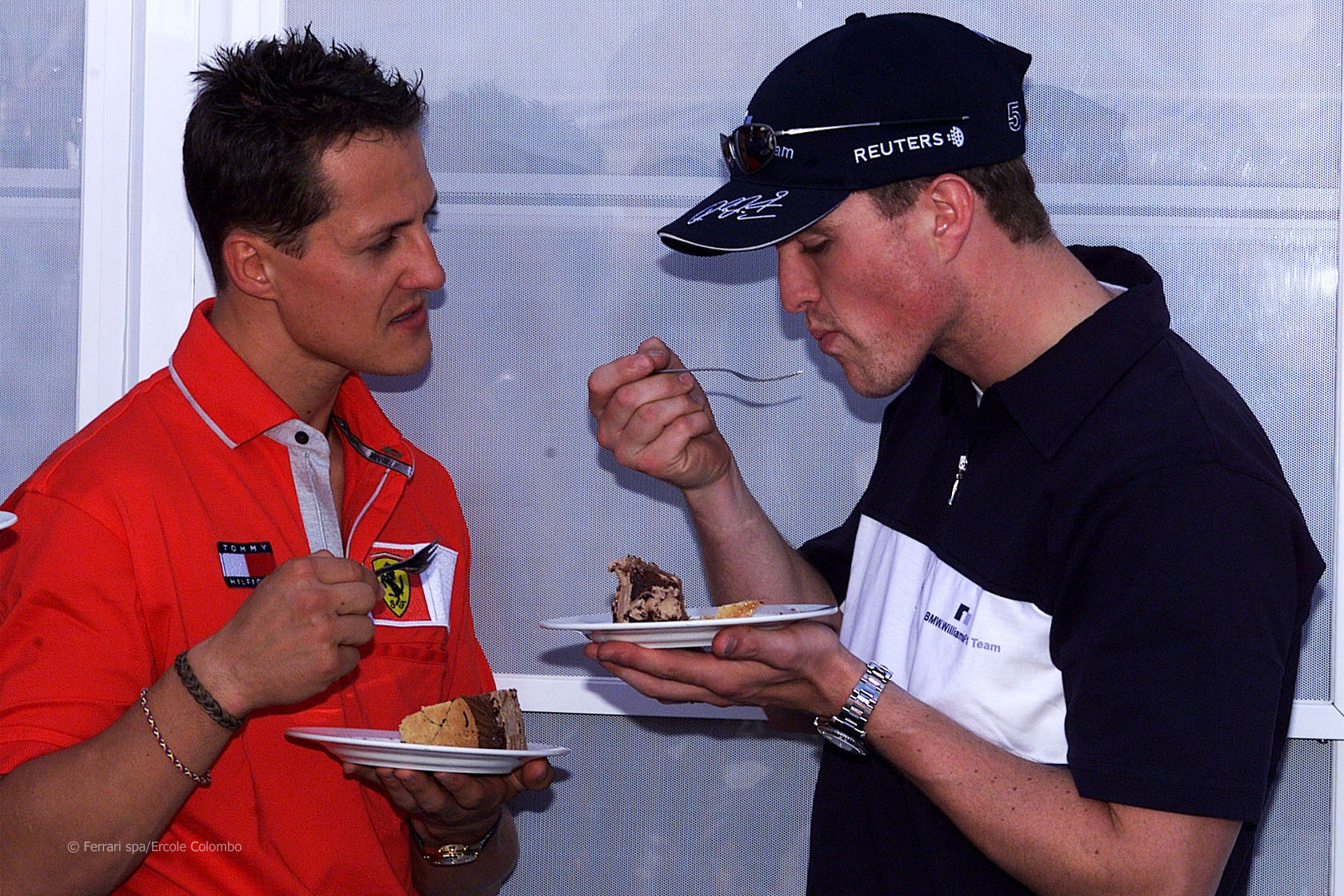 The Caption Competition is back for the off-season and will have a slightly retro flavour while we wait for the new season to begin.

It’s up to you to decide what Michael and Ralf were discussing over cake in this picture from 2001. Post your funniest suggestion in the comments and look out for my pick of the best in tomorrow’s round-up.

101 comments on “Caption Competition 25: The Schumachers”