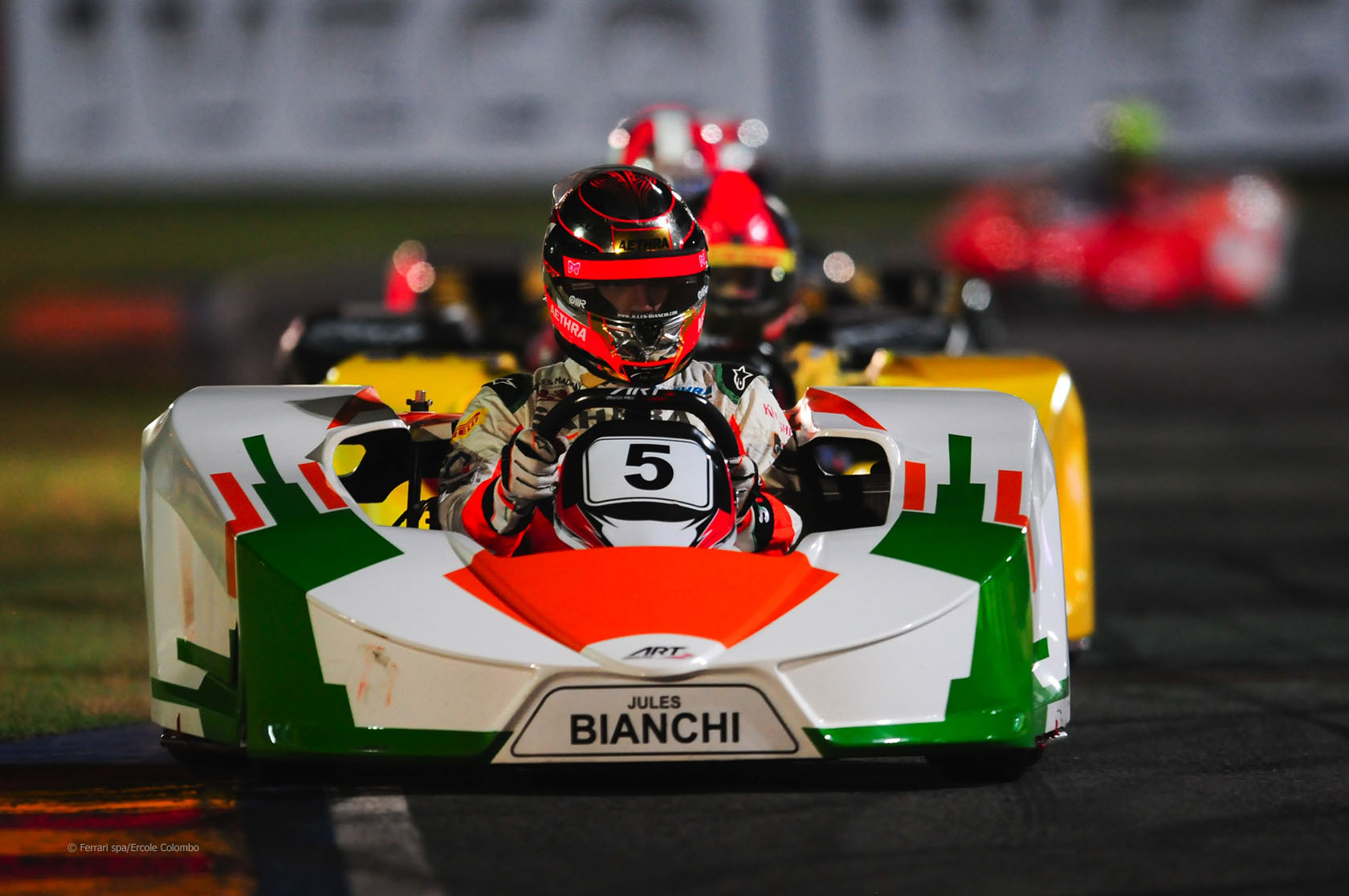 The Force India test driver won the first round of the two-heat competition ahead of former F1 racers Lucas di Grassi and Vitantonio Liuzzi.

Bianchi took fourth in the second race which was enough to secure overall victory with 40 points. Second place in the final standings went to race two winner Felipe Nasr on 35, followed by Di Grassu on 30.

Fernando Alonso had a difficult event, retiring from the first race with a faulty accelerator on his kart and finishing 18th in race two.

However he said he was keen to return again: “It was a very enjoyable weekend and I hope the spectators had has much fun as I did. Will I be back next year? If Felipe asks me, definitely.”

Massa also had trouble with engine problems limiting him to tenth and eighth. “This was probably the hardest Desafio ever for me,” he said.

“If everything is not perfect, then even a tenth can make a big difference. My engine was not at its best yesterday and I paid for that today. The most important thing is that the event is getting bigger year after year. I was very pleased that Fernando was here with us and I?óÔéĽÔäóm sure he had fun.”

Bianchi, Ferrari’s development driver, is believed to be in the running for a race seat with Force India this year. He won the event last year before losing his victory due to a technical infringement.

“I am very happy with this victory,” he said afterwards. “I had already won last year, but that time there was a slight mistake with the weight of the kart, but this time everything went well.”

“It?óÔéĽÔäós nice to race against some of the best drivers and in front of such a big and enthusiastic crowd. I want to the thank the Massa family for everything and I hope I can come back next year to take part again.”