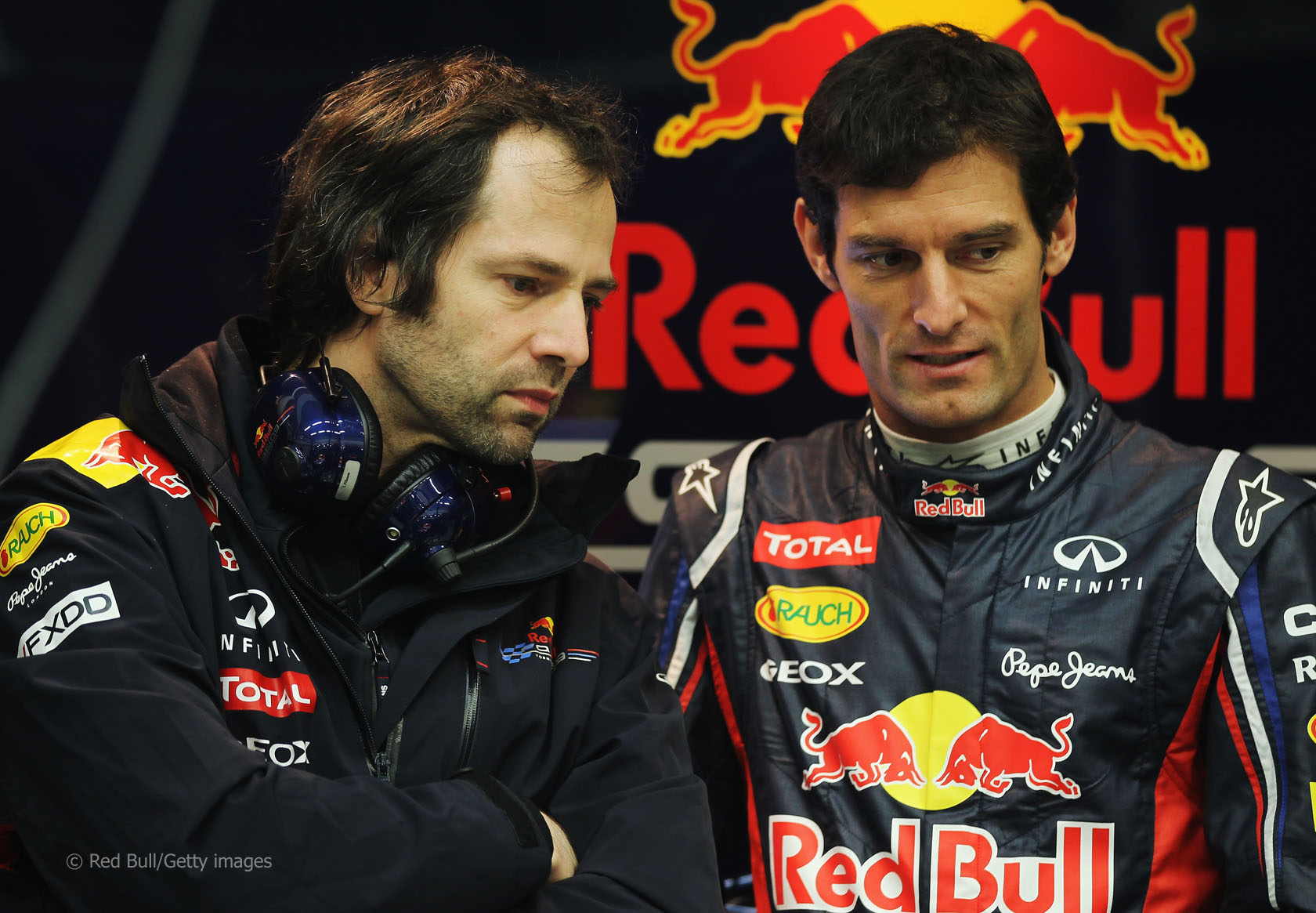 In the round-up: Kimi Raikkonen and Mark Webber will be paired with each others’ former race engineers in 2013.

“Red Bull said Ciaron Pilbeam, who has worked with Webber since 2007, had taken a new role at Lotus while Raikkonen’s 2012 race engineer Simon Rennie had moved in the opposite direction to team up with Webber.”

“Dr Ian Roberts has been appointed FIA Formula One Medical Rescue Coordinator and will work within the FIA medical team at Grand Prix during the 2013 F1 season. He will report to Professor Jean-Charles Piette, the FIA?óÔéĽÔäós permanent Medical Delegate to F1.”

Di Resta eager to get back in fashion (Autosport)

“It will be quite nice to race Nico [Hulkenberg] without having team orders. He will be the main competitor for us – Sauber and Williams.”

Clarification: @nico_rosberg will not drive complete shakedown in Jerez. Only first 50 km before handing the car over to @LewisHamilton

I'll be back on top gear soon…..can't wait

Graphics are experimented with as the final editorial aspects of Rush come together pic.twitter.com/ISAOR2Hj

I agree that F1 most be relevant but to be honest they are currently following in the footsteps of the car industry. They may like to claim that KERS is some new innovation which (with the possible exception of the flywheel systems) is most certainly not, it?óÔéĽÔäós essentially a glorified Toyota Prius system.

Turbocharging for fuel efficiency is now common protocol and F1, despite being one of turbo?óÔéĽÔäós pioneers, is following the car industry’s lead. KERS and turbos will not filter down as they already exist. People need to realise this. However there are many other things to try.
@A-Safieldin

Today also marks 60 years since the 1953 Argentinian Grand Prix. An article on that race will appear here later.