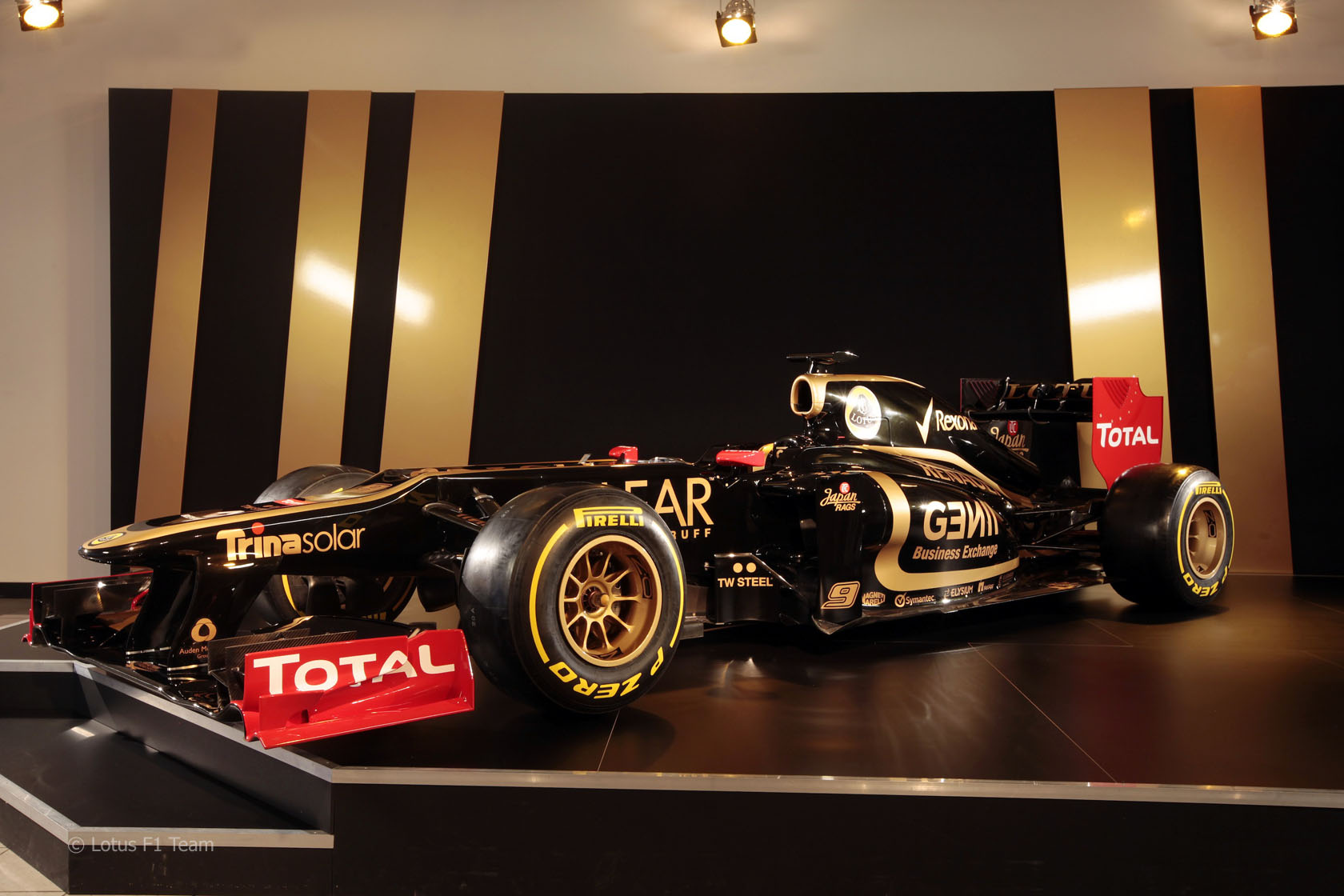 In the round-up: Lotus will be first to launch their 2013 F1 car in a live stream on their website on Monday.

Remember you can also keep up-to-date with F1 Fanatic on Facebook.

‘Teams will have to get used to more degradation’ (ESPN)

Paul Hembery on designing tyres for 2014: “We’d have to get a renewal [if we were going to change it] and it’s about how relevant any of the past or current cars will be to 2014. So the work for 2014, by and large, I believe will be done by a simulator.”

Major events minister Louise Asher: “I hope it’s not a deal breaker because I’d like to undertake a commercial negotiation with a view to having the Grand Prix longer-term in Victoria.”

“My gut feeling is that Mercedes is preparing the way for a possible departure as a team owner, if things do not improve.”

Gray: “I’d like to see live updates to the grid [in their F1 games] over a Grand Prix weekend. When I was growing up I used to spend hour re-arranging the grid to reflect the results of qualifying so that I could run the race myself at home before the real thing.”

the E21 lives… fired up this afternoon! And so far – without blinding you with science – it looks a nice bit of kit!

more information on the meeting between #redbull team principal christian #horner and #ferrari. be sure that denials will kick in soon!

finished another productive day , with simulator and physical training ! Its going great our preparation , extremely motivated

@Victor on whether Robert Kubica will return to F1:

If his arm heals, I don?óÔéĽÔäót think he’ll have a problem finding a seat. Obviously he’d have to prove himself in a midfield car at best, but as he has said himself, he doesn’t seem to have lost much, if any, speed. I don’t think a team like Sauber or Force India would say no to the services of Kubica.

I don?óÔéĽÔäót see Kubica paying for a seat, but I?óÔéĽÔäóm sure he would be fine driving for pennies. With Hulkenberg being likely to end up at Ferrari, there could be a seat at Sauber with Gutierrez providing a significant amount of cash and Force India, unless in absolutely dire need of money, should go for him rather than Bianchi/Sutil.

Of course, he would be rusty, and therefore he should be aiming at 2014 which promises a more equal playing field regarding experience as the cars will be new. Importantly, I think he should be trying to do DTM rather than the European Rally Championship ?óÔéĽÔÇŁ if he under-performs, he can always go back to rallying, but at this point I don?óÔéĽÔäót think he should give up on F1.

If he?óÔéĽÔäós capable of driving an F1 car and as quick and consistent as he used to, the benefits of employing him rather than some Johnny Cecotto Jnr with heaps of money should outweigh the risk and financial drawback associated with it. I think Frank Williams would concur with that.
@Victor

The Buenos Aires circuit in Argentina hosted a non-championship race on this day in 1971 as the venue prepared for a return to the world championship calendar. Chris Amon won in a Matra.

28 comments on “Lotus fire up E21 ahead of Monday launch”