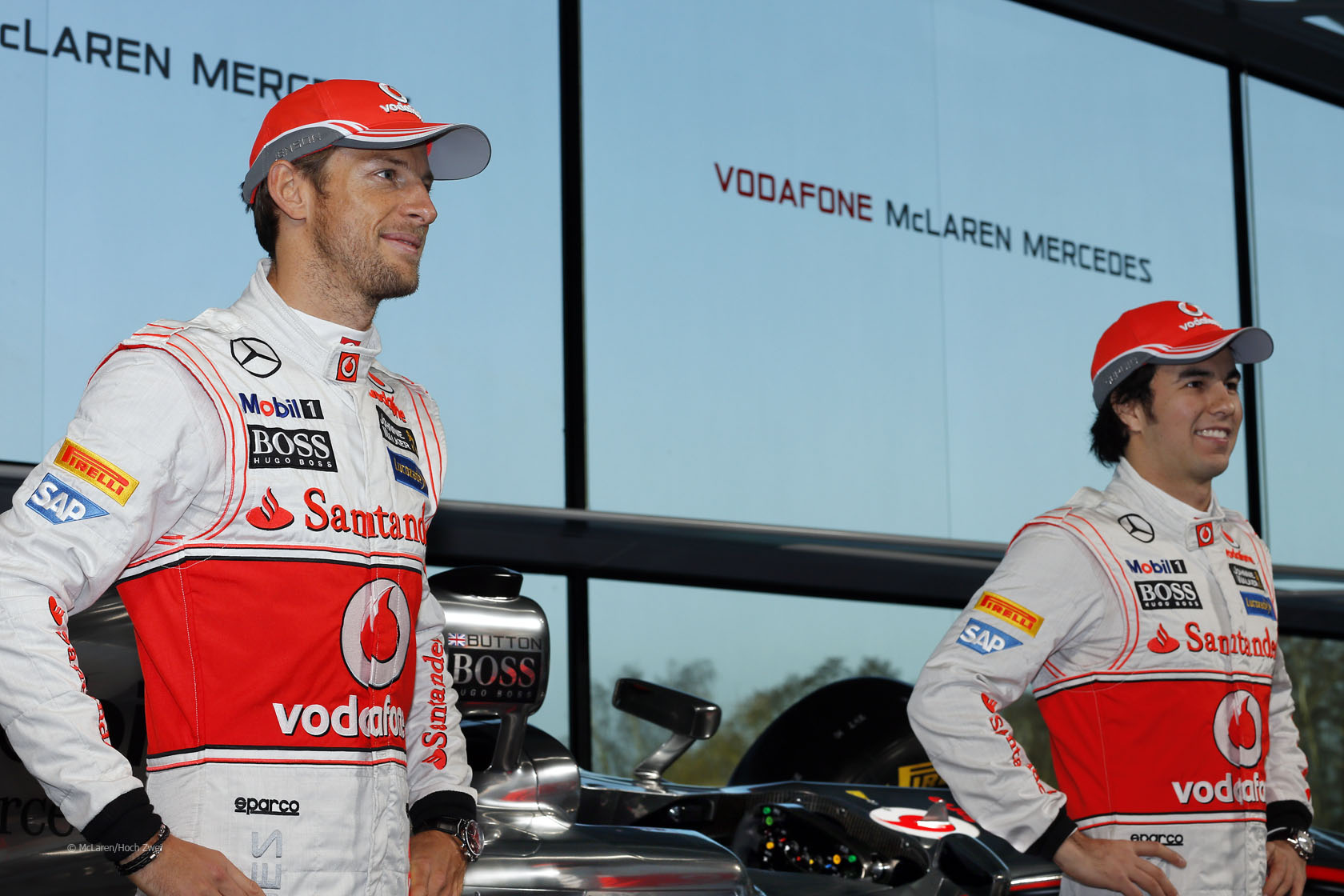 Jenson Button believes the new tyres Pirelli are bringing for the 2013 season will suit his style of driving better.

“Hopefully we’ll be seeing more pit stops,” said Button at the launch of the team’s 2013 car. “I think that should work better for my style of driving.”

“The tyres are very different in 2013,” he added. “I’m sure they look pretty similar to most of us but the feeling is very different.

“The idea behind the tyre is to have a tyre that works a lot easier in terms of temperature and have a wider range and also a tyre that degrades more.” Button said the experience he had in 2012, when he struggled for several races with Pirelli’s compounds, had given him a better understanding of the tyres:

“Montreal was probably the worst for me. We went in a direction with the car that really wasn’t the right direction but I felt we needed to try something to really get the tyres working up to temperature which is something I’ve really struggled with and I have in my whole career in Formula One.

“When the tyre is on a knife’s edge I kind of struggle to get it working. And it was a mistake. But we know that now. Lewis had a very good race in Canada and won the race, we had a terrible race.