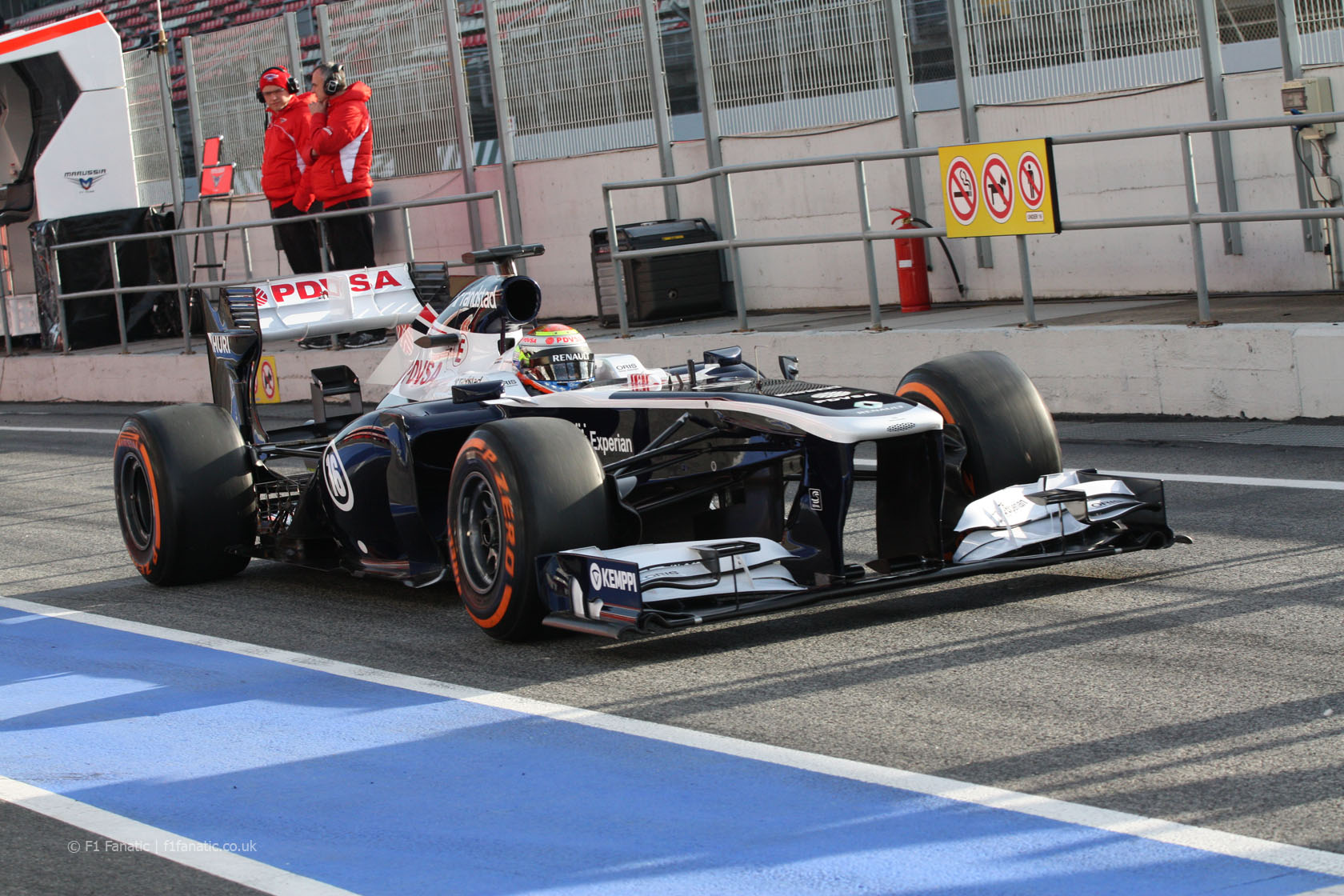 The Williams FW35 is the last of the new cars for 2013 to make its first appearance.

Technical director Mike Coughlan said the car is based on last year’s race-winning FW34, but around 80% of its parts are new:

“Given the rule stability over the winter. I’m pleased with the gains that we’ve been able to make with this car,” he said.

“It’s a better, more refined Formula One car than the FW34 and I think everyone involved in the project can feel proud of the work they’ve done.”

Coughlan added the car’s exhausts will be a priority for development this year:

“The Coanda effect is going to be a big thing for us. There’s been no rule clarification concerning this area of the car, so we’ll work closely with Renault to maximise the available gains.

“Use of the DRS is more restricted this year, so we’ll take some resource away from that and focus on other areas.”

Pastor Maldonado scored his first Grand Prix win for the team last year and will be aiming to build on that success. But he faces a new team mate in the shape of highly-rated rookie Valtteri Bottas.

Team principal Frank Williams said: ” We will have to wait until Australia to truly see what we have, but we believe it is step forward from last year’s car which was also a very competitive vehicle.

“Pastor is a delightful character who is a massively determined racer, whilst Valtteri is quieter but still waters run deep and he is a highly gifted driver.

“Williams has been at the top many times over the last 30 years. It’s the nature of the sport to have ups and downs, but when we are down we always fight our way back.

“I’m hoping that with the current team we have in place, our new FW35, the combined talent of Pastor, Valtteri and Susie, and the continued support from our partners, we will be in a position to challenge the very best.”