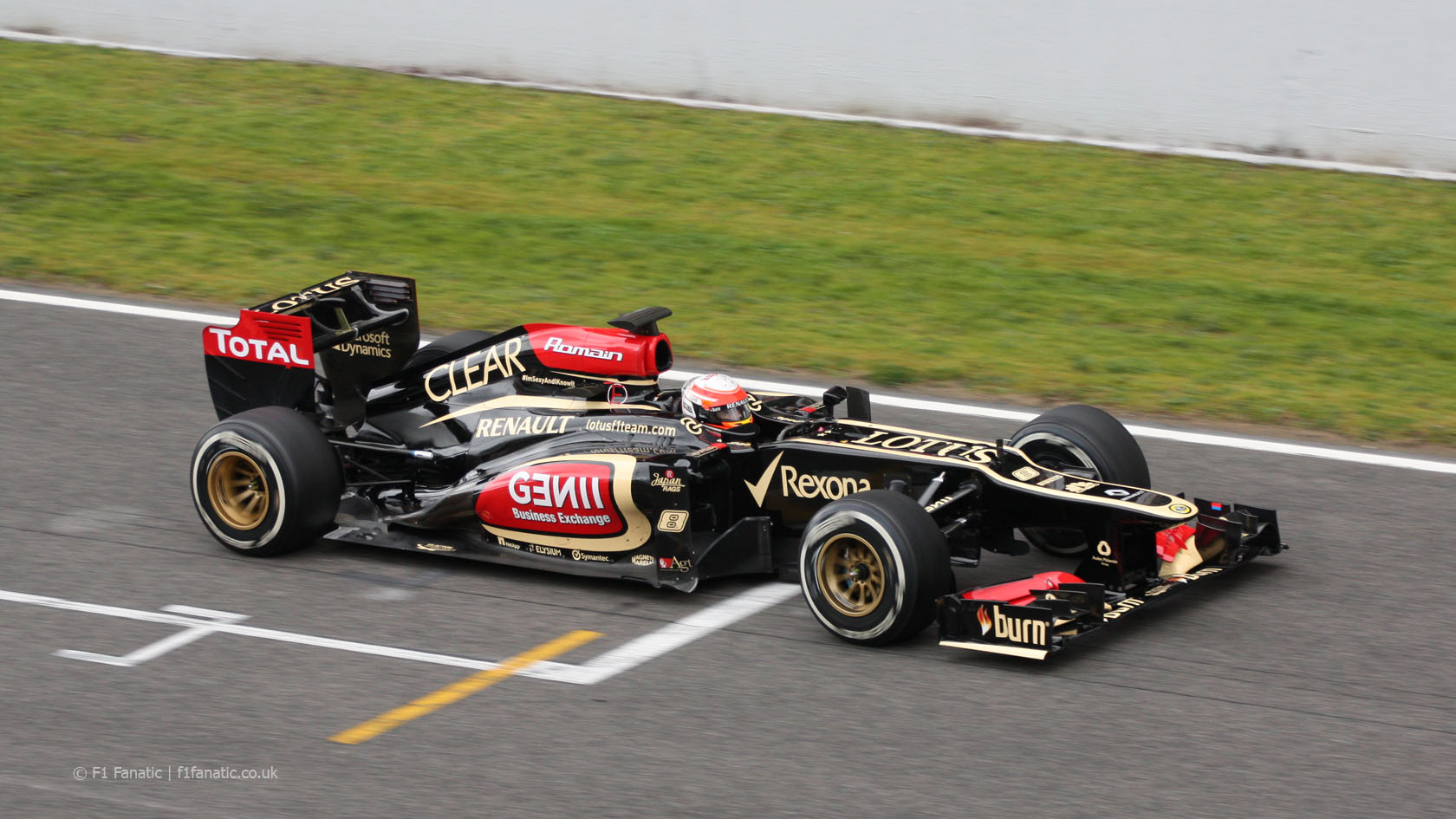 Romain Grosjean went from the bottom of the times sheets on Thursday to the top of them on Friday.

Making his final appearance in the Lotus E21 before the first race of the season, Grosjean set the quickest time around the Circuit de Catalunya today with a lap of 1’22.716.

Rain disrupted activity at the track for the second day in a row. The tenth day of testing began on a very wet circuit with more rain falling.

It took until the lunch break for the track to dry sufficiently for drivers to be able to use slick tyres. Much of the afternoon running was dry, but few drivers elected to carry out long runs.

Nico Rosberg was an exception, completing well over 100 laps in the Mercedes.

The latter minutes of the session were disrupted by a red flag caused when Giedo van der Garde came to a halt on the run to turn five.

The Caterham was recovered in time for the cars to return to the track but another stoppage for Pastor Maldonado with five minutes to effectively ended the session.

Two other stoppages earlier in the day were caused by Daniel Ricciardo and Romain Grosjean, both of which also appeared to experience technical failures.