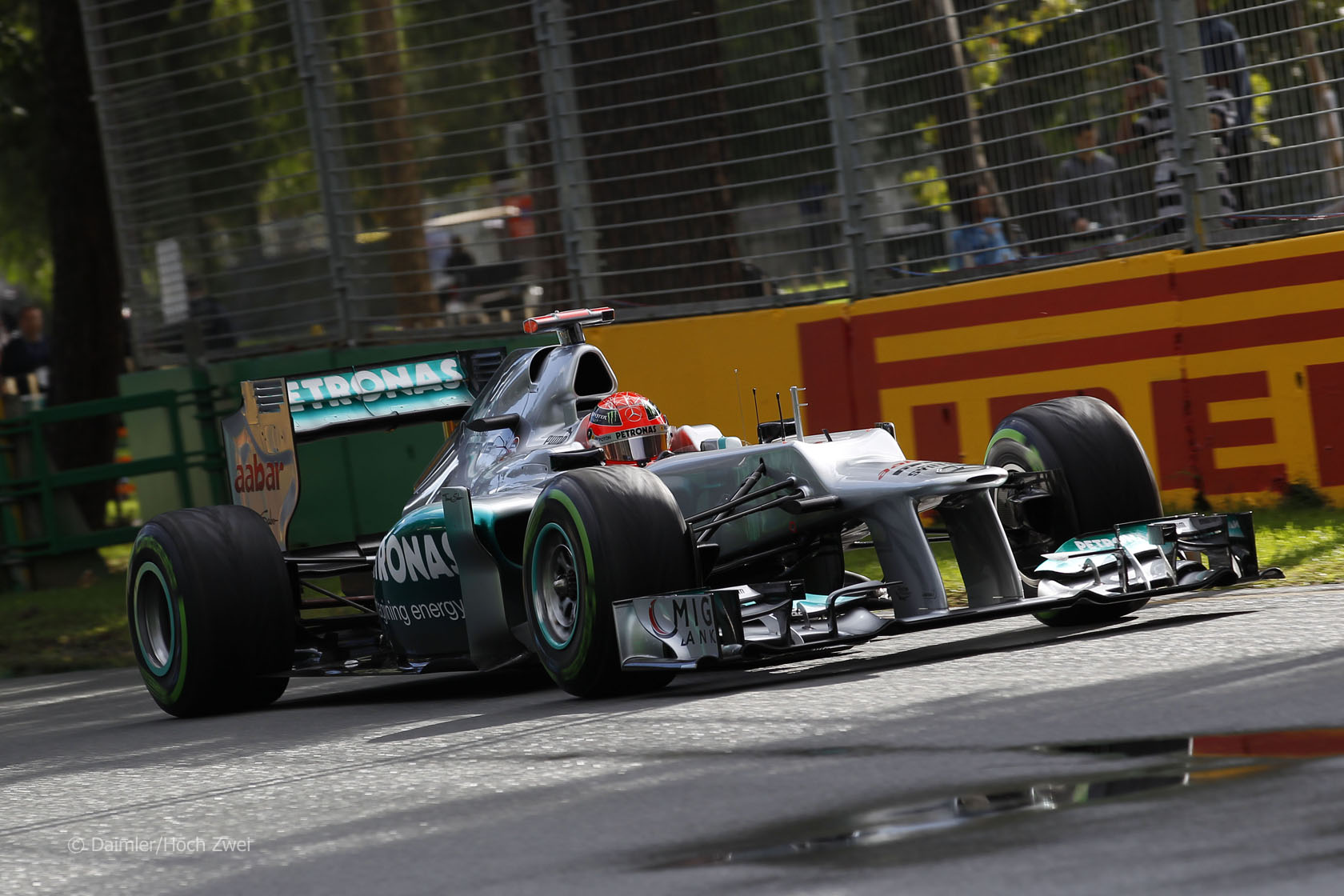 Cool weather conditions during testing hampered teams’ attempts to run useful testing programmes. Having left Spain for Australia, the weather on the other side of the world appears to be no more co-operative.

Melbourne’s capricious climate is running true to form. The teams were greeted by hot weather when they landed in the state of Victoria earlier this week. But clouds have blown in and there is a chance of showers on all three of the coming days.

For the most part these will be brief and light. The biggest threat to the on-track action appears to be on Saturday, when the all-important qualifying session could be affected by rain.

Friday shouold be the warmest of the three days with temperatures around 26C. It will begin with light drizzle but that will clear up during the morning, meaning there is a good chance most of that day’s practice will be unaffected. The F1 action begins at 12:30pm local time.

However on Saturday the temperature will fall by around 5C and showers will become more frequent during the afternoon. The teams will be keeping a close eye on the radars as the start of qualifying at 5pm approaches.

Sunday will be much the same but any showers are likely to be concentrated in the first half of the day. The race, which also starts at 5pm, should remain dry. But as the circuit is unlikely to ‘rubber-in’ due to the rain, grip levels will remain low and could add to the teams’ problems with tyre graining.

This is the fifth year the race has had its later starting time and the low, intense sunlight tends to create visibility problems. Sunset is at 7:36pm which should be well after the chequered flag falls, unless there is a stoppage for some reason.

Keep an eye on these weather radars for more on the forecast for Melbourne.