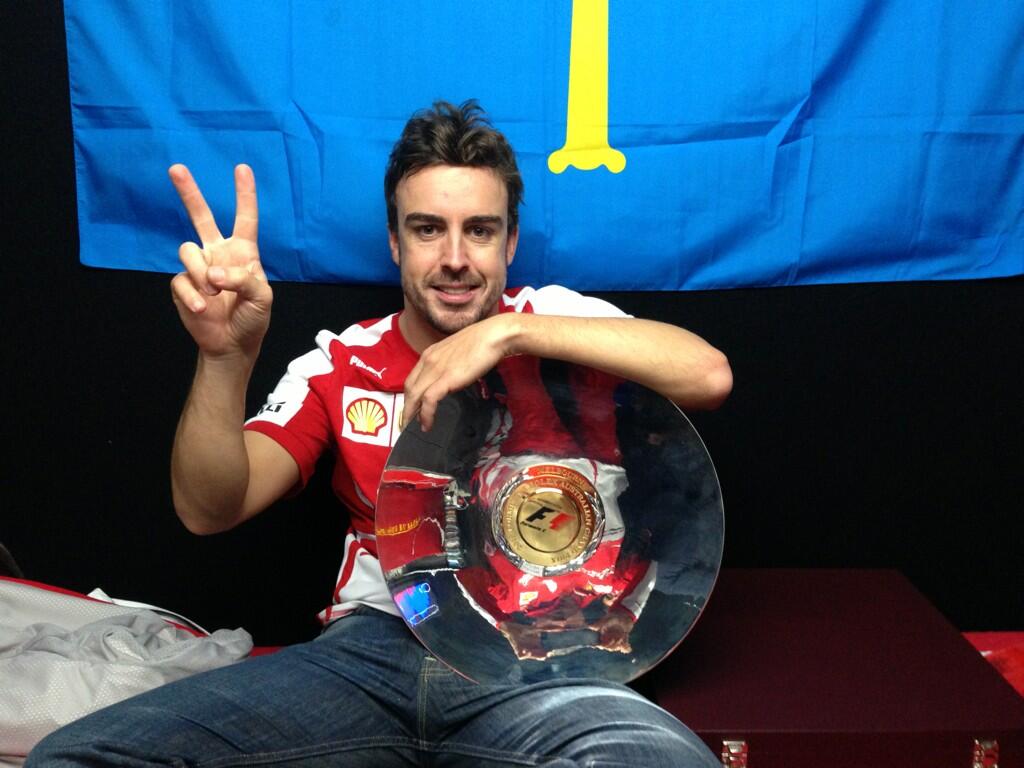 @AnthonyFrench looks back on the Australian Grand Prix in Tweets.

The 2013 F1 season got off to an unusual start in Melbourne with heavy rain forcing qualifying to be postponed.

Once the rain relented the show got back on the road on Sunday morning and later that evening we had out first Grand Prix winner of 2013: Kimi Raikkonen.

Here’s a look back on the first race weekend of the year as told by the Tweets from teams, drivers and others.

The first official day of practice for the new season saw the best conditions of the weekend. But it wasn’t enough to tempt the drivers out of the garage for the first half-hour of practice which was mostly quiet.

When the finally emerged Red Bull headed the times in both sessions but it already looked like McLaren were in trouble.

The off-season is finally over – the pit lane exit light turns green and first practice begins at Melbourne. #F1

Both cars are in the pits for what can only be described as more changes, more tweaks, and a bit of polish to the pretty paintscheme. #shiny

Red Bull setting the pace, again. Their only problem in winter testing was finding a sandbag big enough…

Mickey Muscles not quite sure what to do now physio’s have been banned from the pit board duty!! instagr.am/p/W3dOZdqUqT/

Not The best day.. Lost the rear in fp2! Some extra work to do Now. No worries, tomorrow a new day with new opportunities #NeverGiveUp

This is Gary – Max’s race engineer. He’s American. His sister loves our Tweets – it’s the only time she sees him! twitter.com/Marussia_F1Tea?óÔéĽ?Ş

#socialfriday @dezyroberts asks: “Who is Perez’s race engineer for the season ahead?” It’s the inestimable Mark Temple!

Time for a few last weight checks as the lights go green… we are back in business! #2013 #FeelTheForce twitter.com/clubforce/stat?óÔéĽ?Ş

Good morning from Melbourne! First practice session soon to start, everything is ready in the garage of the Scuderia! twitter.com/InsideFerrari/?óÔéĽ?Ş

The weather took a turn for the worse on Saturday. Q1 was run on a wet track but after multiple delays the rest of the day’s running was postponed to Sunday.

Here is Adrian #Sutil arriving at the circuit – lots of fans waiting for an autograph and he was happy to help! twitter.com/clubforce/stat?óÔéĽ?Ş

An old friend has dropped in to wish us luck today…! #fp2 #mclaren twitter.com/TheFifthDriver?óÔéĽ?Ş

#FP3 is on in Melbourne & the sky isn’t what it was yesterday! Grey but dry at the moment. Air temp 22C, track temp 32C #LightsOutDownUnder

Weather is not promising, big clouds (and probably rain) arriving…

Si parte! Ma continua a piovere…Here we go! But its still raining…

Qualifying starts at 5pm in Melbourne, sunset is at 7:38pm, so they haven’t got much room to manoeuvre if they have to delay qualifying. #F1

Oh how I’d love to be on Melbourne right now! Driving in the rain is my favourite condition. #f1

call them all back in, postpone it, clearly too wet #uturn

A 1m45.192s for Jenson – currently fastest – and Jenson demonstrates again just how tactically brilliant he is in the wet!

Fascinating use of Inters, enough of a drying line to use it, managing the parts of track where still much water.

Rain lashing down at the end of #Q1. #Q2 coming up (hopefully)… #AusGP

Sebastian Vettel started his season with pole position on Sunday but couldn’t maintain his place at the head of the field in the race, slipping behind Fernando Alonso and winner Kimi Raikkonen.

A very good morning from Melbourne for what can only be described as a very busy Sunday of racing!

Here’s @maxchilton on the grid, readying himself for his F1 debut twitter.com/Marussia_F1Tea?óÔéĽ?Ş

#f1 Will be interested to see how Lotus go today. Good race pace and maybe a different strategy. Gooooo

There is a problem with the fuel system @nicohulkenberg. for safety reasons we will not start with his car. @ausgrandprix#F1

#AusGP #F1 Lotus ask Raikkonen to try to stay out during this light shower. He leads over Hamilton & Alonso.

All smiles from #Kimi as he collects the silverware; that’s one happy #Iceman! #F1 #WeBeatYou yfrog.com/mmzdcedj

Today was a good day. Thank you for all your support. I’m happy with that, positive start to the season. Next week will be better!!

Whitmarsh: You take decisions in the winter and sometimes it doesn’t come off. Jenson scoring points was a great job #F1

Watch Nico?é??s video message to you after a mixed first GP: “We will gonna have a good season.” (by webteam) youtu.be/QdVzRXtMzAU

Tough weekend. I am absolutely knackered. But a good result. #AusGP

Not a bad first race, but we need to do better. Congrats to Kimi! Lets keep pushing @williamsf1team !

Share any other great Tweets you spotted during the Australian Grand Prix in the comments.