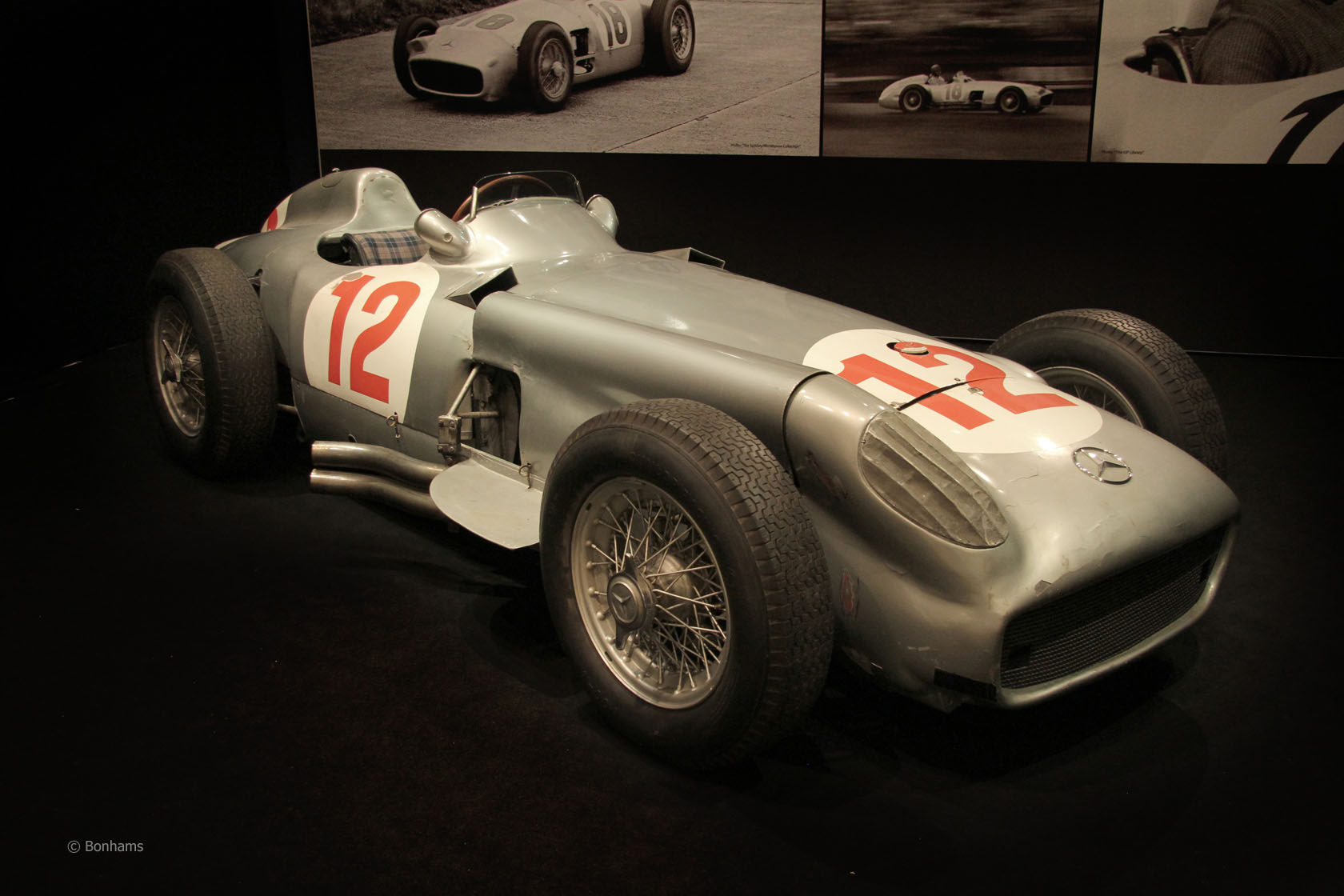 An F1 car raced by Juan Manuel Fangio is likely to become one of the most expensive cars ever sold when it is auctioned off by Bonhams in July.

The 1954 Mercedes W196, chassis number 00006/54, was used by Fangio to win the German Grand Prix at the Nurburgring Nordschleife and the Swiss Grand Prix at Bremgarten.

It is an open-wheeled version of the car which first appeared in ‘streamliner’ form at that year’s French Grand Prix, which Fangio also won. Fangio requested Mercedes build a version of the car with uncovered wheels so he could position it more accurately.

The car, which is in near-original condition, is tipped to fetch an eight-figure sum at auction. It was previously in the collection of the National Motor Museum at Beaulieu and has spent much of the last 30 years in a warehouse.

“The car hasn’t been restored for many many years, if at all,” said motor racing historian Doug Nye. “It may have been repainted post-period, probably when prepared for display in the very early 1970s, upon original loan to the National Motor Museum.”

“Some oil and fuel hoses in the car appear to have been replaced, almost certainly when it made a very low key appearance at the Monaco Historics race meeting in 2000. Otherwise – so far as we can tell – the car is almost entirely in the form in which it ran in its only works team race appearance of the 1955 season, the final Italian Grand Prix at Monza in Italy.

“There, driven by the German works star Karl Kling, it ran strongly in second place behind Fangio’s streamlined version until it suffered an uncharacteristic mechanical failure, in its gearbox.”

Fangio won the 1954 and 1955 world championships with the W196. The car arrived in time to take advantage of a change in the sport’s technical rules which introduced a new engine specification. Perhaps not unlike the modern team is planning to do 60 years later.