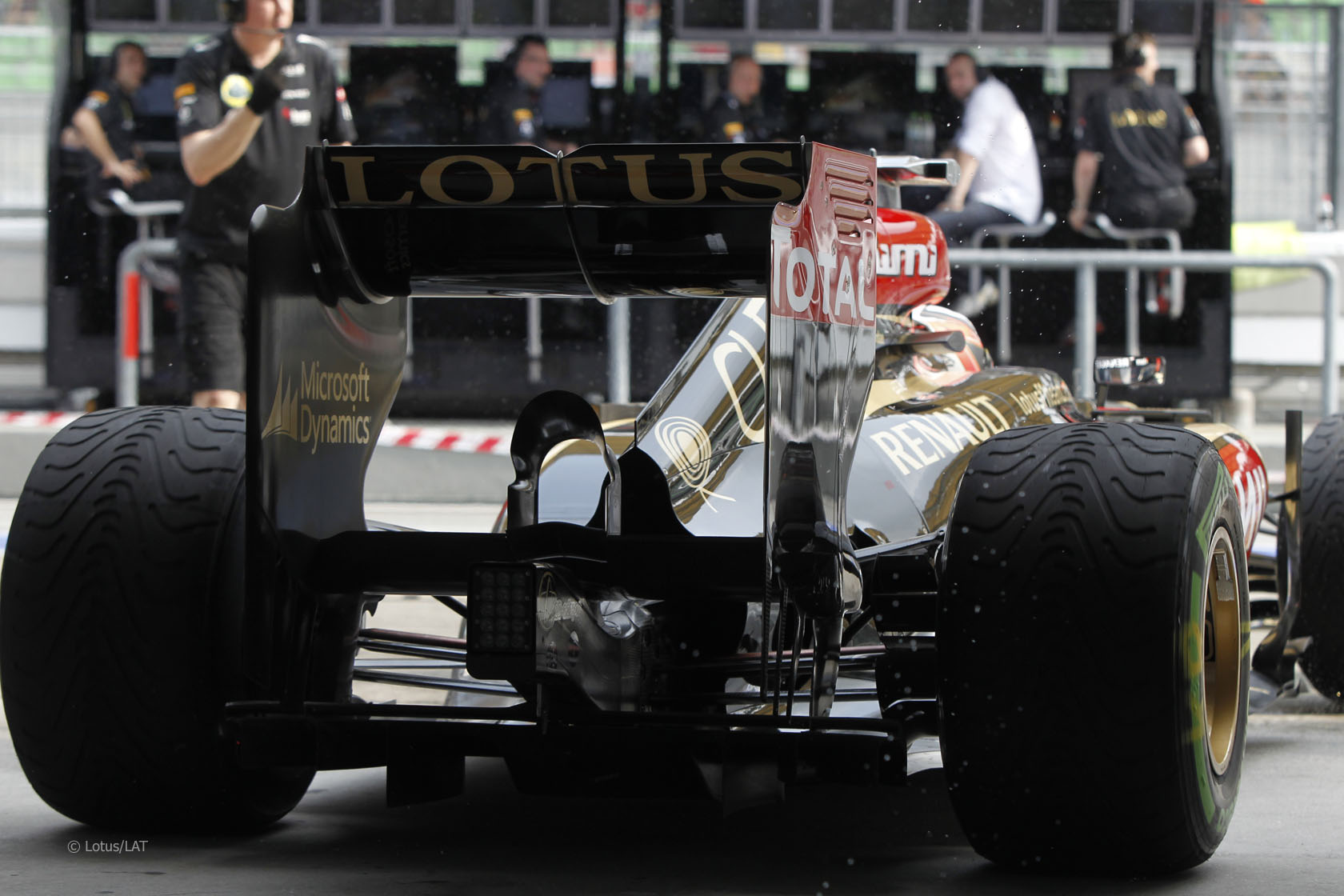 Australian Grand Prix winner Kimi Raikkonen was the fastest driver at Sepang at the end of the first day of practice.

Raikkonen set a best lap of 1’36.569 on medium tyres, beating the benchmark set by Mark Webber in the first session.

The session got off to a busy start as rain was expected and teams wanted to ensure they had a chance to lap on the softer tyres. Raikkonen was among the last to do so, setting his best time on medium tyres as the rain began.

The rain fell lightly at first but grew heavy enough to force everyone into the pits shortly after the halfway point.

Nico Hulkenberg slipped up on the way back to his garage, spinning in the pits and ending up broadside to oncoming cars. The Sauber driver was able to extract himself and continue his afternoon’s work.

Team mate Esteban Gutierrez’s session was also disrupted due to an exhaust fault, but he was able to return to the track after it was repaired.

Adrian Sutil was not so fortunate, however, managing just ten laps before a technical problem halted his progress at Force India.

After a brief break the track was soon busy again but the damp conditions caught several people out. Sergio Perez caught a snap in the middle of turn ten but was caught out at the same corner a few laps later, ploughing through the gravel.

Giedo van der Garde also had a spin at turn four, and Romain Grosjean had a trip across the grass at the following corner.

By the final ten minutes the track had dried sufficiently for drivers to switch to slick tyres. Daniel Ricciardo was first to make the switch and was soon followed by almost all of the runners.

A significant exception was Fernando Alonso, who remained in the garage in the closing stages.