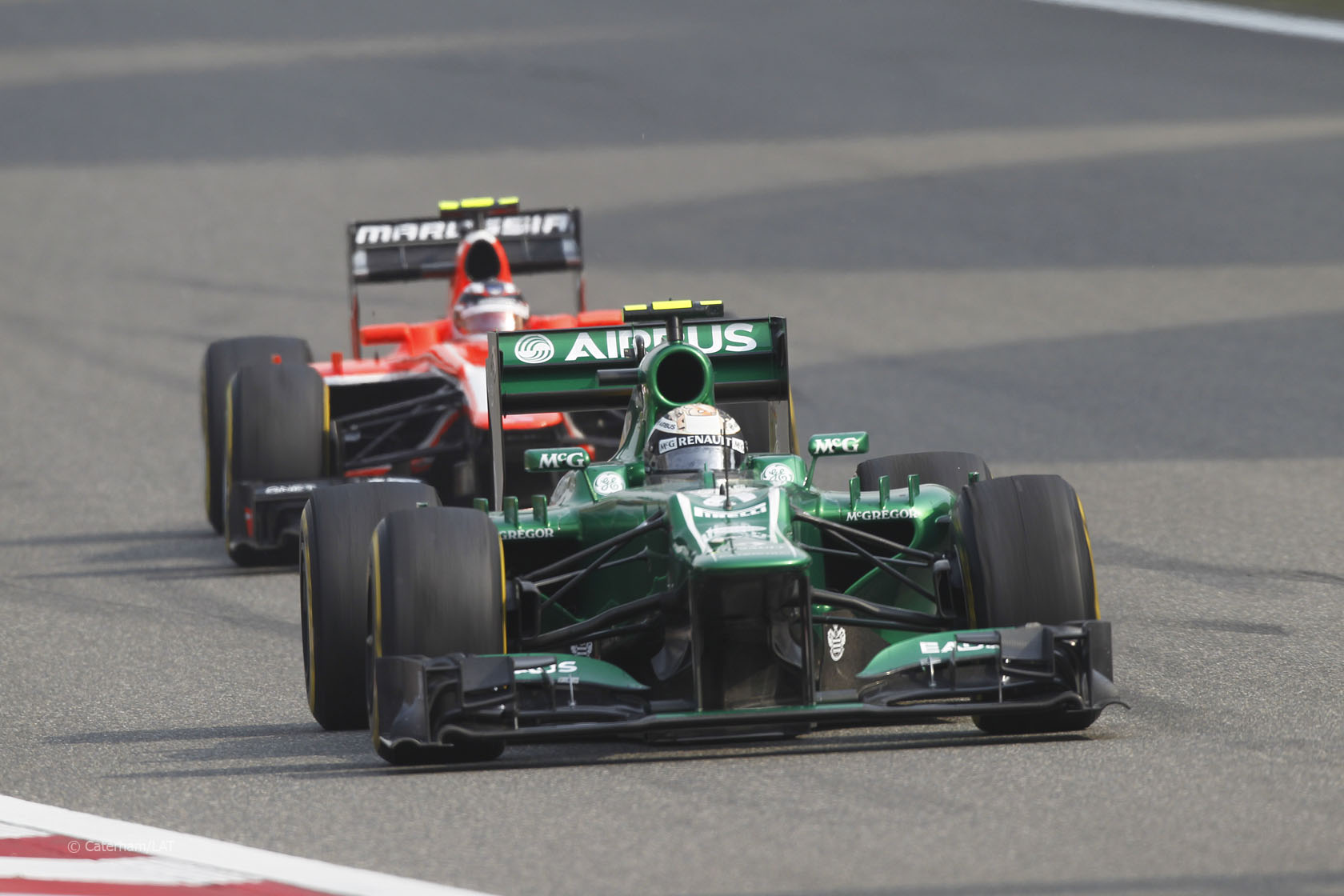 In the round-up: Bernie Ecclestone plans changes to prize money in F1.

F1 shakes up prize money as prepares for ?ķ?·6.5bn float (The Telegraph)

“Bernie Ecclestone said that the board of the sport?¾įķ╝įõ¾s parent company Delta Topco has voted to proceed with the Initial Public Offering (IPO). He also revealed details of a shake-up to the terms of F1?¾įķ╝įõ¾s $698.5m [?ķ?·451.02m] prize fund which will see the last-placed team lose the $10m [?ķ?·6.46m] it currently receives every year. ”

“There is this rumour to which I say, yes, I was in the Mercedes F1 simulator in the past.”

F1 after Bahrain: The State of Play (BBC)

“Di Resta must be aware his career hangs in the balance. If he is beaten by Sutil – regarded as a solid driver who is not quite top level – his chances of being picked up by a top team will nose-dive.”

“Initially I was angry with the doctor because he had failed to save my eye, but then little by little I became aware that losing an eye was a lot less important with respect to what I still had; life itself. I felt I?¾įķ╝įõ¾d been part of a miracle. I look now at my scars as part of my story, I carry them with pride.”

“The Formula 1 establishment was left slightly confused, wondering why that nice Mr McLaren was employing such an aggressive co-director. But both Bruce [McLaren] and Teddy [Mayer] knew exactly what they were doing, and the ?¾įķ╝?Żgood cop/bad cop?¾įķ╝įõ¾ routine worked very well for both of them. But, more important, it worked very well for the McLaren team.”

Some rubbish quotes floating around today I hear, good old spin job by someone… #outofdatequotes Have a great weekend :)))

Is the sport versus entertainment debate split along generational lines?

I think the problem with F1 (and other sports) now is that a lot of the younger audience wants to be entertained constantly, If you even get one to two laps that are dull you often get them whining about how boring it all is. You get one-stop races and they say it’s boring because they need to see some action in the pit lane and need to see strategy because that’s deemed more entertaining for the ‘show’.

On the flip side you have the older, longer-term fans (like myself) who just want to see a race, We enjoy watching cars running close to the limit, We enjoy watching battles for position play out over many laps and we like to see real overtaking which drivers really have to work hard to achieve. We don’t care about pit stops or tyre strategy because we never had any of those things when many of us began watching F1, We want to see cars racing out on the track rather than driving slowly down a pit lane two to three times a race.
Dizzy

The Osella FA1L lived up to its name on this day 25 years ago as it failed to pass scrutineering for the 1988 San Marino Grand Prix.

For the 1988 season cars were required to be designed so that the driver’s feet was behind the front axle line for safety reasons. But teams were allowed an exemption from that requirement if they used cars that were sufficiently similar to their 1987 designs.

Osella intended to do so but the scrutineers decided that the FA1L was not close enough in design to its predecessor, the FA1I. They showed up with a revised car for the next race in Monaco where Nicola Larini brought it home ninth.