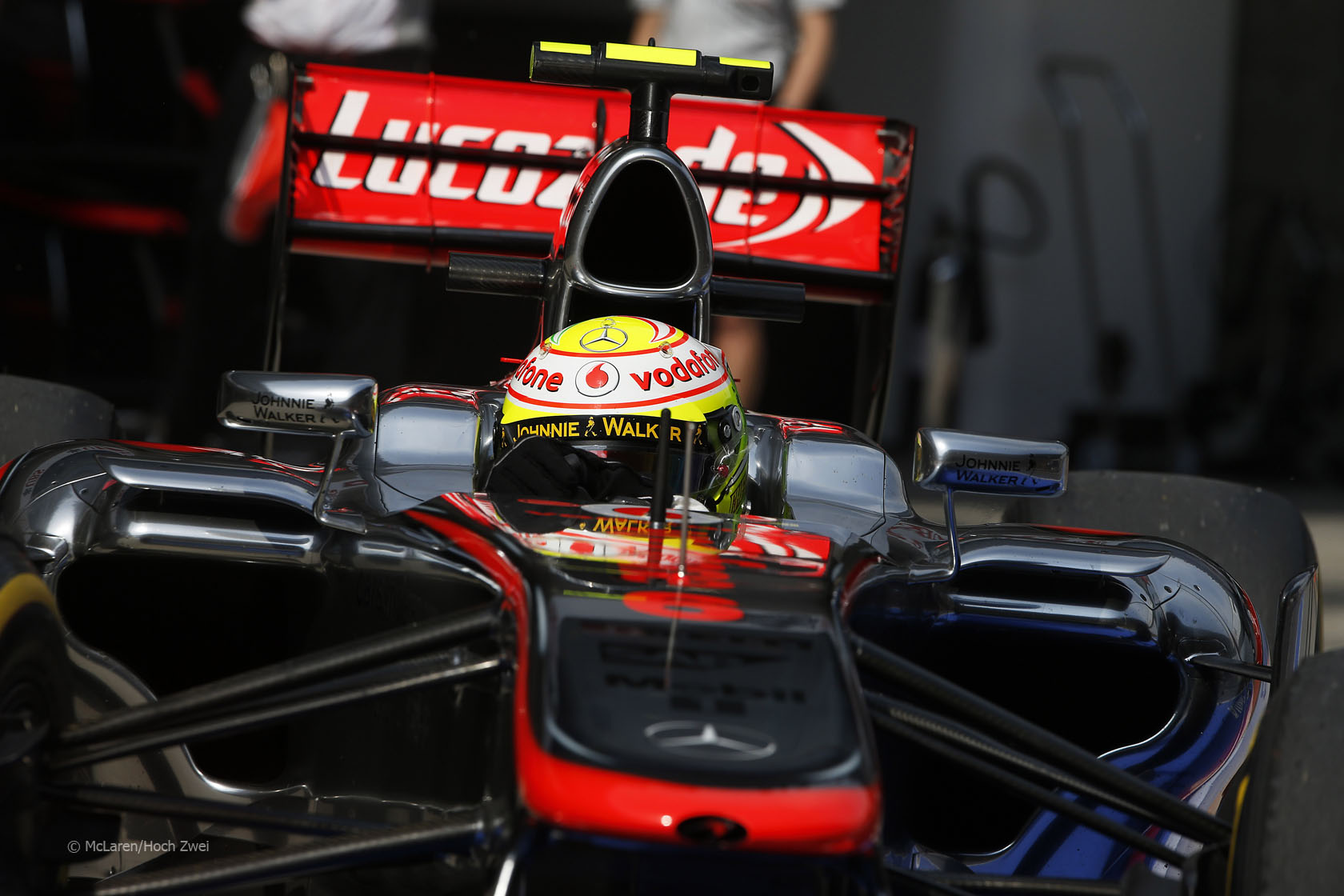 The three-week break since the last race was an opportunity for all the teams to press on with the development of their cars.

But the stakes are especially high for the three who have had the most disappointing starts to the season.

First among them are McLaren, who’ve gone from being the pace setters at the end of 2012 to scrapping in the midfield in the opening races of this year. They were more than 1.5% slower than the quickest car on average over the first four races.

Williams made a step backwards of similar magnitude compared to the opposition since then end of last season. Sauber are also heading in the wrong direction. All three plan to remedy that this weekend.

The beginning of the ‘European season’ means the teams are closer to their bases and can react more quickly to events at the tracks, flying out new parts between races. But this section of the calendar is shortening: just seven rounds will be held in Europe this year. September’s Singapore Grand Prix signals the beginning of another seven-race flyaway stretch at the end of the season.

With the loss of the race in Valencia, the Circuit de Catalunya once again holds Spain’s only round of the world championship. Its succession of high-speed right-handers put severe lateral loads on the tyres, particularly the front-left. That used to be the case in the final sector as well, but the addition of a slow chicane in 2007 means it’s all about rear traction now.

For the second race in a row Pirelli has made a late alteration to its tyre allocation, switching to a more conservative compound. In this case the hard tyre has been changed for a more durable compound similar to the one used last year. On top of that teams will have an extra set of another new hard tyre to run during Friday practice only.

Overtaking has traditionally been tricky at the circuit. Even in 2011, the first year of aggressive tyres and DRS, Sebastian Vettel was able to keep Lewis Hamilton at bay for lap after lap despite a KERS failure.

However the addition of a second DRS zone this year may change that. “I hope that the introduction of two DRS zones at Barcelona will help improve the racing,” said Sergio Perez.

“We saw in both China and Bahrain that Formula One cars can race really closely if they are under the right conditions; Barcelona has always been a difficult circuit for overtaking, so I hope the new regulations will improve matters. It would be great for the thousands in the grandstands if there were some spectacular overtaking along the main straight.”

A lap of the Circuit de Catalunya with Fernando Alonso

If Vettel arrives at Barcelona in the same form he enjoyed three weeks ago, he’s going to be hard to keep away from a second Spanish Grand Prix victory.

Red Bull locked out the front row and won here in 2010 and 2011. But they were still grappling with the RB8 at last year’s race and Vettel’s run was scuppered when Jenson Button alerted the stewards he was using DRS while yellow flags were out.

Surprisingly, Vettel has never been on pole position here but Mark Webber has done so twice. It’s the kind of quick, pre-Tilke track Webber thrives on, so look out for another close encounter between the two this weekend. Fernando Alonso scored a home win in Valencia last year and has led at the end of lap one at the Circuit de Catalunya for the last two years running – though without going on to win the race.

Ferrari are bringing bodywork, floor and wing updates for the F138 this weekend as they strive to find extra qualifying performance. But as the opening races have shown they also have some pitfalls in the races to steer clear of.

It was at this circuit during testing that McLaren first began to appreciate just how much trouble they were in with the MP4-28. They are bringing a host of upgrades this weekend and although Button has played down their significance, the team must start to make major gains if they are to be championship contenders this year.

Romain Grosjean says he’s “feeling much more at home with the car” since swapping chassis at the Bahrain Grand Prix.

But missing out on Q3 was to the detriment of his ultimate result in the last race: “In Barcelona it will be important to qualify well as it will be much harder to overtake than in Bahrain,” he added.

“As a team, this is an area where we can still improve a little bit, but we have some ideas of how to do that and hopefully we?óÔéĽÔäóll be able to make the front row.”

Mercedes have had the fastest car over a single lap at the last three races but making it perform as strongly over a race distance is their goal.

“We have focused our efforts in two key areas; finalising our upgrade package for Spain and understanding our comparative lack of race pace in Bahrain,” explained team principal Ross Brawn. “We have made progress in the latter area and will evaluate some developments over the upcoming race weekends to help improve the situation.” Sauber’s distinctive C32 with its dramatically tapered sidepods has given little indication of being able to repeat the highs the team enjoyed last year, aside from Nico Hulkenberg’s brief spell in the lead in China.

The team are focussing the efforts on gaining more rear-end grip, with a new rear wing among the changes for this weekend.

Paul di Resta is encouraged by the team’s efforts after netting fourth last time out: “We took a very sensible approach to the winter and focussed on understanding the key areas that drive performance, which seems to have paid off.”

“It’s important to pick up good points early in the season against our competitors and to be ahead of McLaren after four races is a credit to the team and a nice feeling. Of course we want to be on the podium and it was very close in Bahrain, but I?óÔéĽÔäóm sure it will come soon enough.” Williams return to the scene of their bittersweet 2012 race where they ended an eight-year wait for a race win then suffered the shock of a massive post-race pit lane fire.

They are still seeking their first points of 2013 but Valtteri Bottas is optimistic they know how to cure the FW35’s handling ills: “Following a good aero test last week at Idiada and a number upgrades coming for this race, hopefully Barcelona can be the start of improved performance for us this year.”

Toro Rosso believe their struggle in the last race was a one-off due to an error made setting their cars up. But assuming that was the case the STR8 still looking like a contender for the lower reaches of the points at best. After a poor start to the year Caterham fought back at the last race as Charles Pic enjoyed some of the benefits of their first upgrade package and was able to beat the Marussias.

Both drivers have more new parts to work with this weekend. “But it?óÔéĽÔäós not as easy as just putting on the new parts and going faster,” explained Pic, “we?óÔéĽÔäóll continue the hard work on track by making sure we can find the best setup for these parts with the specific demands of the Barcelona circuit, using all the data we?óÔéĽÔäóll generate on Friday and Saturday to put us in the best position for the race on Sunday.”

Heikki Kovalainen will drive for the team during first practice again.

Marussia are determined not to let their back-of-the-grid rivals get too far away and will have an upgrade of their own this weekend.

Team principal John Booth expects that to put them in a stronger position: “Bahrain has always been a race that we have struggled at so we are hoping that the Circuit de Catalunya will provide further confirmation of the positive development direction we have been following.?óÔéĽ?Ř

Are you going to the Spanish Grand Prix?

If you’re heading to Spain for this weekend’s race, we want to hear from you.