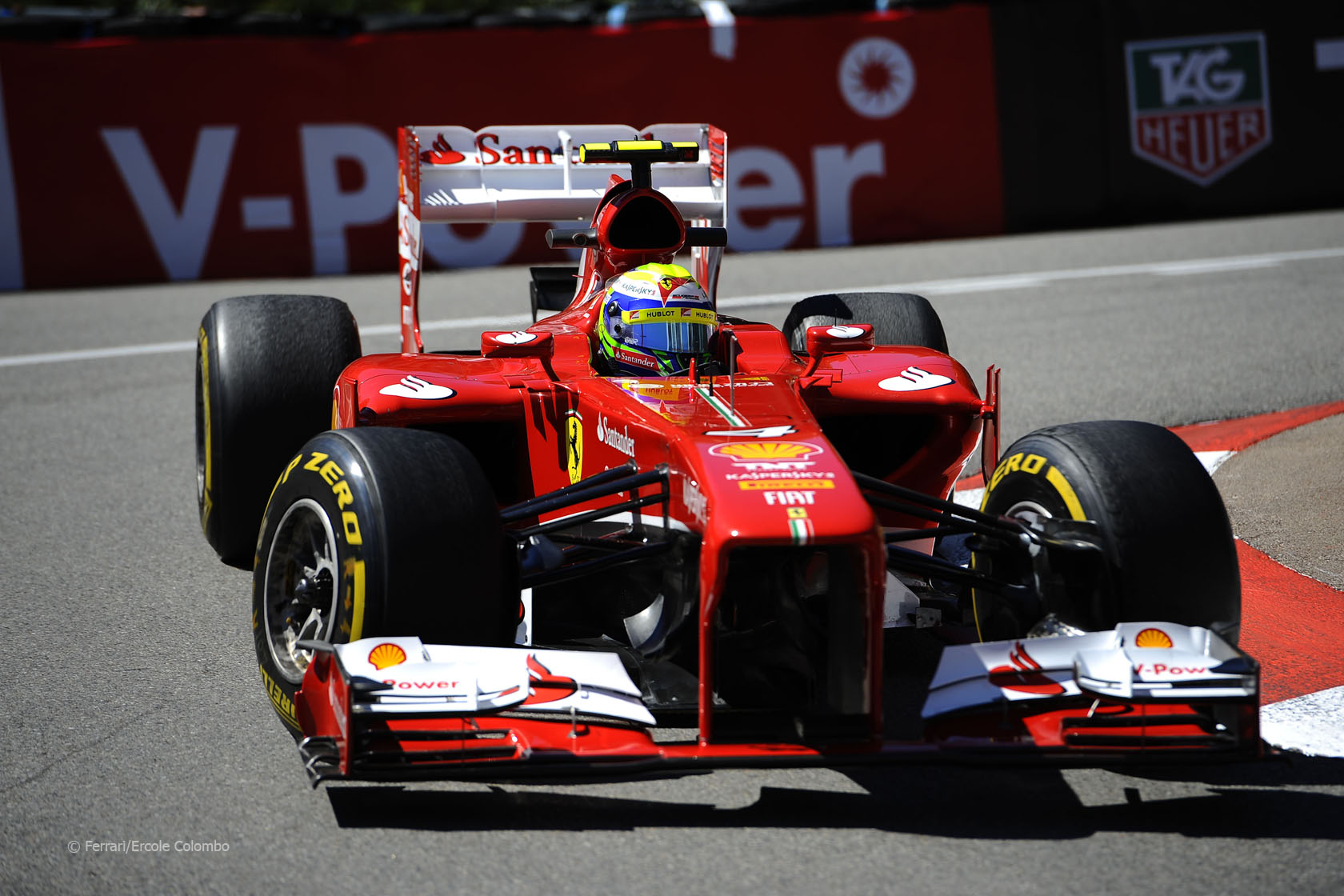 Felipe Massa said he was caught out by a bump when he crashed during practice for the Monaco Grand Prix.

Massa’s Ferrari ricocheted off one barrier into another in the crash during today’s final practice session and was heavily damaged. That kept him from participating in qualifying meaning he will start from the back of the grid.

“I am disappointed not to have been able to take part in qualifying and it was really frustrating,” said Massa. “This morning in the final practice session, I braked on a bump, the car bottomed and unexpectedly both front wheels locked up and from then on, there was nothing I could do.”

“After hitting the guardrail I was waiting for the next impact with the barriers. Fortunately I?óÔéĽÔäóm okay, I?óÔéĽÔäóve just got a bit of muscle strain, but the car was very damaged and the mechanics efforts
to try and repair it in time came to nothing.

“It was a lot of work for the team, they all made a huge effort and for this I really want to thank them. It?óÔéĽÔäós a real shame starting from the back, especially on a track where it?óÔéĽÔäós so difficult to overtake, but now we need to be optimistic and concentrate on tomorrow?óÔéĽÔäós race.

Massa has previously started from the back row at the Monaco Grand Prix while driving for Ferrari, in 2006, after he crashed during qualifying.

14 comments on “Massa caught out by bump in crash”