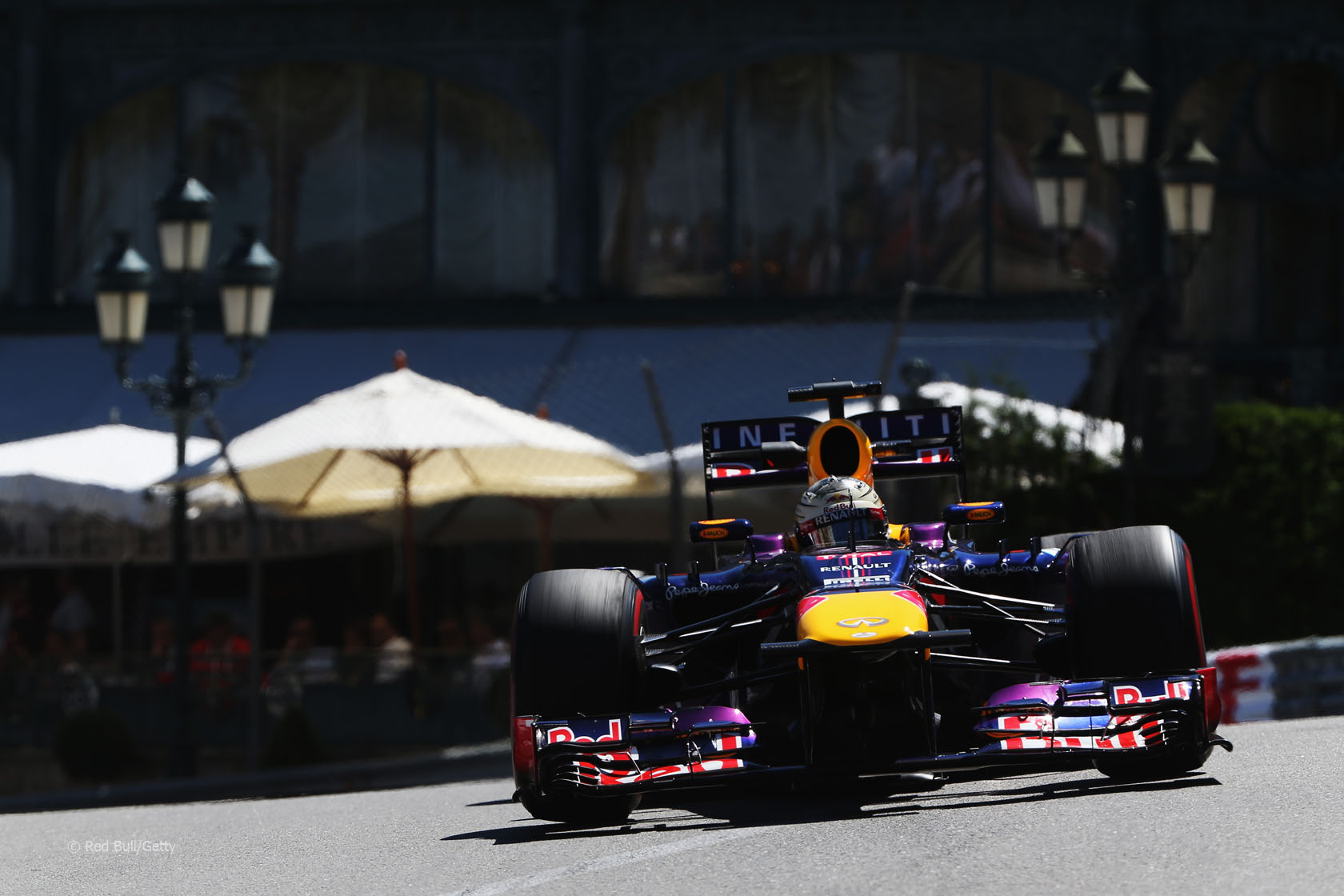 Sebastian Vettel believes he could have been on pole position for the Monaco Grand Prix.

The Red Bull driver was fastest in Q2 and headed the times after the drivers had done their first runs in Q3.

But he was beaten by both Mercedes drivers on the final runs and ended up just over a tenth of a second off pole position.

“It was very close,” said Vettel. “Mercedes were very quick all weekend.”

“We know they are very quick on one lap but I don’t want that to sound like an excuse. There was a bit more than a tenth missing and I think I had that today. It didn’t come together on the last lap.

“Not entirely happy with the last lap but still quite happy there isn’t a Ferrari or Lotus ahead. Tomorrow I think these guys will have to stop at least as much as us.

“Therefore I think sitting in third is still a good result and should be a good opportunity tomorrow to win the race.”