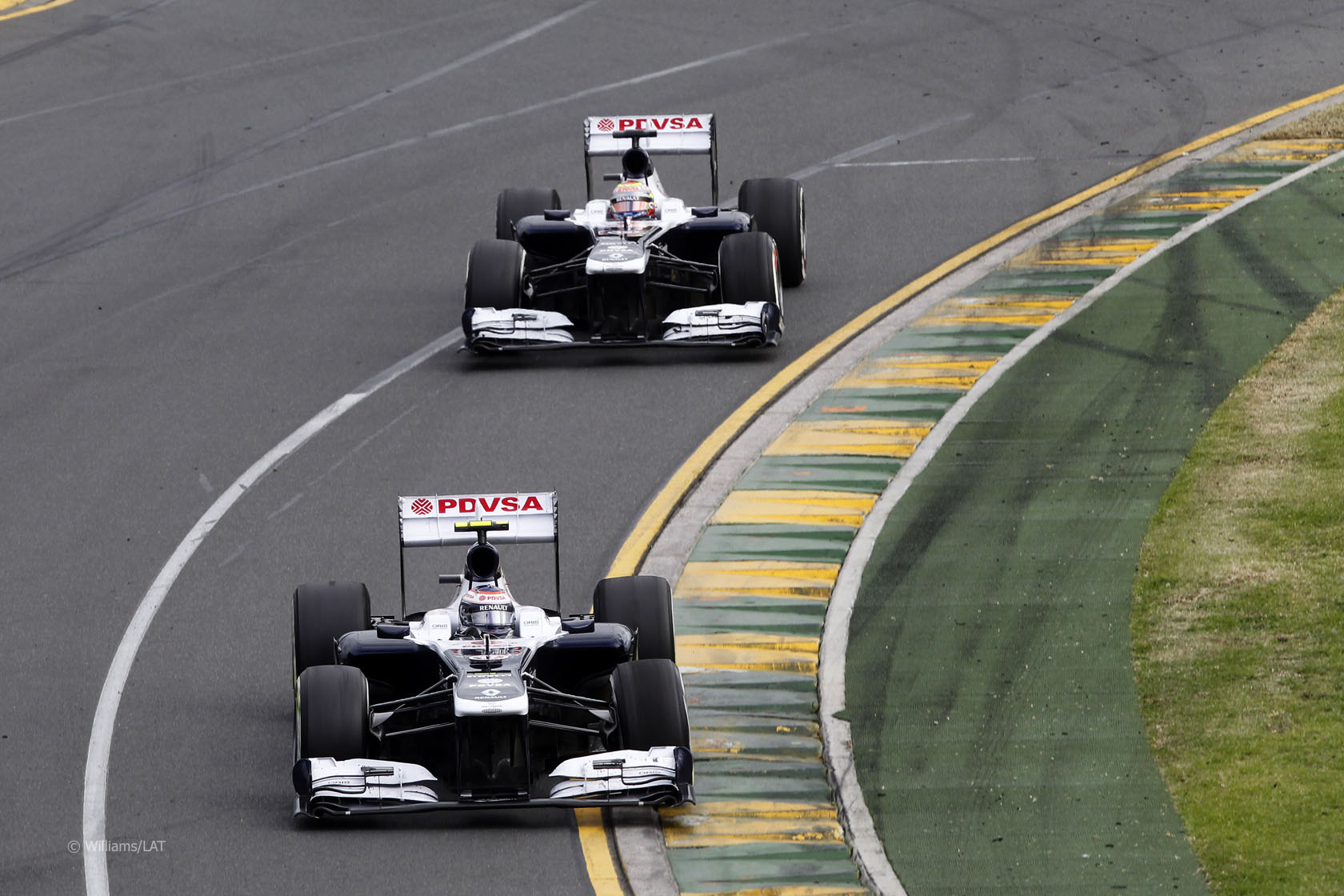 In the round-up: Valtteri Bottas believes he’s on a par with Pastor Maldonado at Williams.

“I think my performances relative to Pastor (Maldonado) have been pretty good. Pastor is experienced – it?óÔéĽÔäós already his third year at Williams – and I would say that I match him more-or-less. I can?óÔéĽÔäót really point at one particular thing that I?óÔéĽÔäóve learned from him, but of course you pick up things, especially at a track like Monaco that I didn?óÔéĽÔäót know before this season. I was reading his data very carefully to see how he was doing it.”

Esteban shares experience with his fans in a Q&A session! (Estenan Gutierrez)

“Did the new rear wing make the difference?
EG: It made a difference in terms of stability in curves because we had the problem that we had very little room for mistakes and now the new wing has helped us to improve there; the downside is that we lost straight speed and now we have to work on that to improve speed and keep stability. That is why it was so difficult to overtake.”

“I?óÔéĽÔäóm working on my own now but right now, there are no discussions with anybody else. I?óÔéĽÔäóm just focusing on working with Caterham and trying to help the team to move forward this year.”

“I think it is quite a subtle thing, but it will just be time quite frankly.. It is just working out how the driver communicates, how you understand what it is he wants to achieve, how you tune the car to suit his needs.”

Toto Woff: “Our car has been on pole position for the last four races, which shows our basic speed, so the focus in that time has been on improving our performance on Sunday afternoons.”

“The race in Monaco is unique. Everyone says you can?óÔéĽÔäót overtake here. Everyone knows any mistake, no matter how small, can put an end to your race. Despite a lot of safety improvements, it?óÔéĽÔäós still an old school track that rewards a driver?óÔéĽÔäós skill, bravery and precision. For two hours ?óÔéĽÔÇŁ even more, given the red flag ?óÔéĽÔÇŁ we watched the race unfold, on the edge of our seats. Screaming at every overtaking manoeuvre. Enjoying two inspired drives by Adrian and Paul, who would have surely been the top picks if any official ‘Driver of the Race’ award was given.”

It's June…. you know what that means!! Cannot believe how fast it has come around again! #20daystogo #BritishGP

We've rejected the first Montreal forecast and are now awaiting a revised V2 with sunshine where V1 said showers. This Greaves Motorsport LMP2 Zytek Z11SN-Nissan will carry Caterham’s colours in the Le Mans 24 Hours and be driven by their F1 test driver and GP2 race Alexander Rossi. More on it here.

Some words of consolation for Adrian Newey following his crash at the weekend from SouthAussie94:

Reminds me of when Australian Rules Footballer Jason Akermanis raced in a V8 Supercars support category a few years back.

Lotus finished first and second for the second race in a row in the Spanish Grand Prix held 35 years ago today. Unlike in Belgium two weeks previously both winner Mario Andretti and second-placed Ronnie Peterson were in the new Lotus 79.

Jacques Laffite came third for Ligier. James Hunt took the lead at the start but it only took Andretti five laps to pass him: