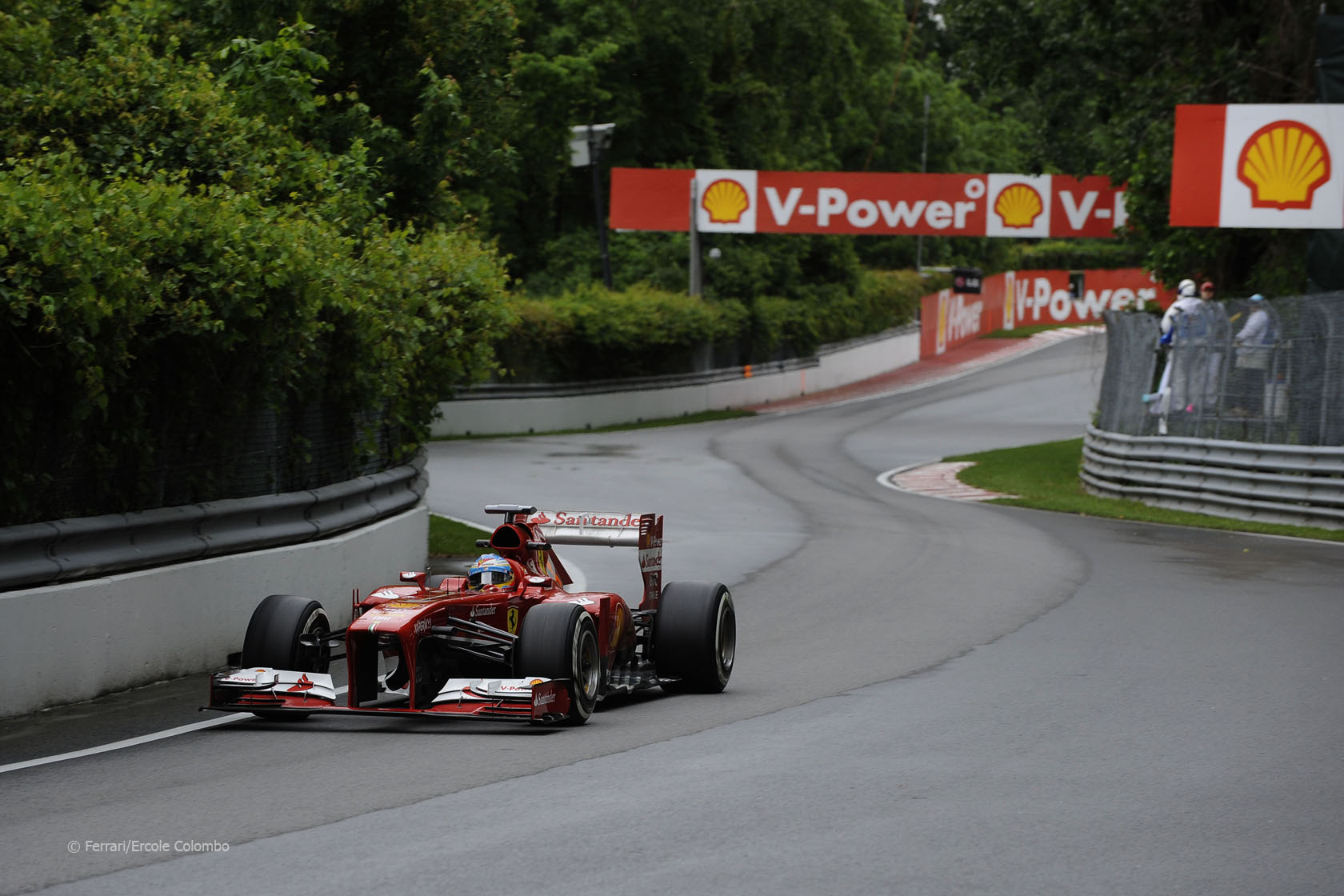 Fernando Alonso pipped Lewis Hamilton to the fastest time in the second practice session by 12 thousandths of a second.

The Ferrari driver had a near-miss with the Wall of Champions early on the session, wrestling his car back under to keep it out of the barrier.

Romain Grosjean was third fastest despite sliding off the track at turn two, dragging dirt onto the track.

Mark Webber, fourth fastest had a moment of his own at turn six. He spun to a stop but was able to get going and carry on.

Both Mercedes featured in the top five with Nico Rosberg ahead of Felipe Massa and Sebastian Vettel. Adrian Sutil was eighth after a bruising trip across the kerbs at the final chicane.

The highest McLaren belonged to Jenson Button in ninth place but he returned to the pits before the end of the session due to a gearbox problem. Daniel Ricciardo completed the top ten.

Despite a heavy threat of rain the track stayed sufficiently dry throughout the session for drivers to run on slick tyres, including Pirelli’s new prototype compound.