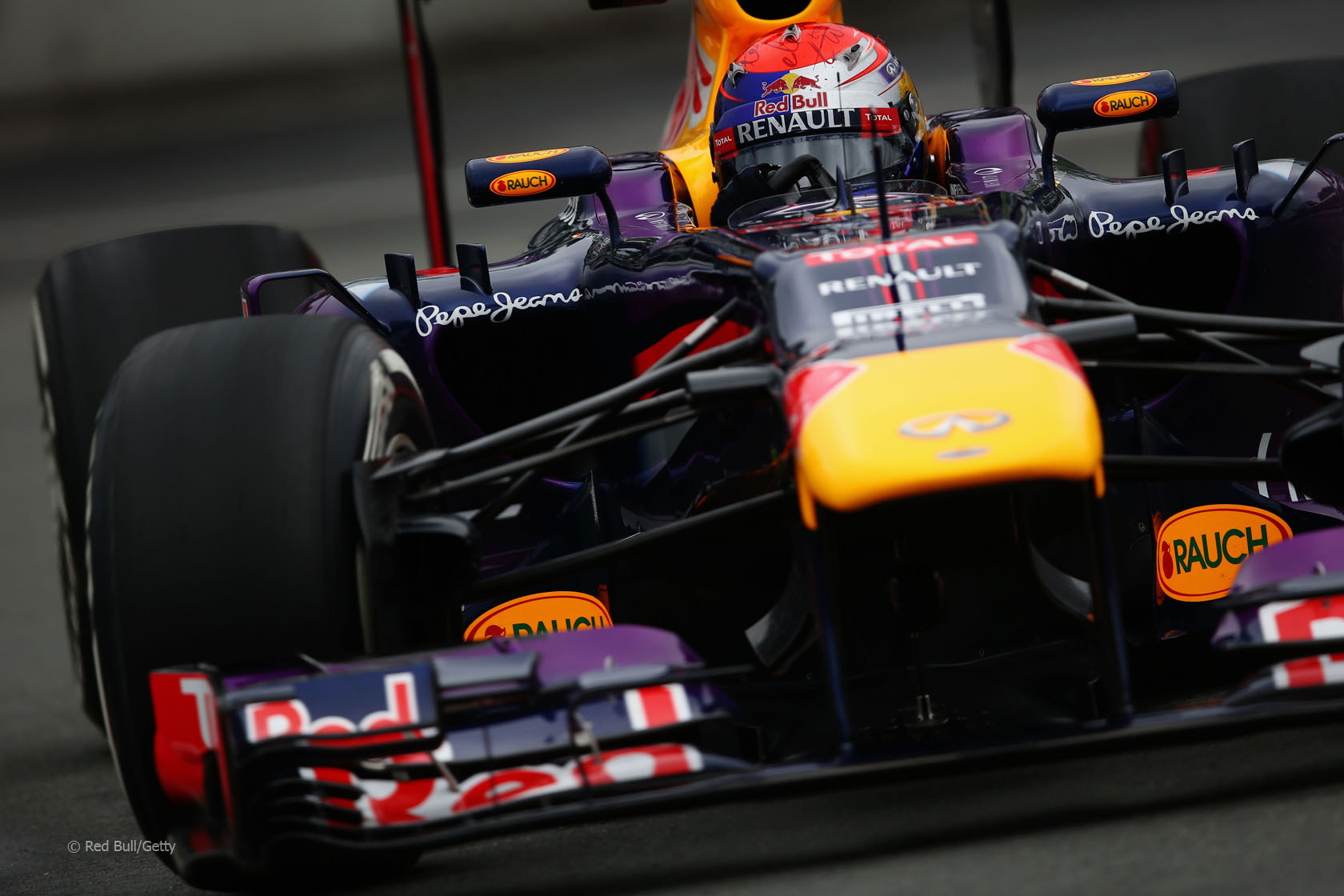 Sebastian Vettel claimed his third win of 2013 in the Canadian Grand Prix.

Vettel held his advantage from pole position and pulled out a lead that never looked threatened despite a brush with the wall and an off-track moment at the first corner.

Fernando Alonso spent the race working his way up to second, passing Lewis Hamilton in the final stint. Hamilton lost time lapping the Force India of Adrian Sutil, who was given a drive-through penalty for not moving over quickly enough.

He wasn’t the only driver being frustrated by traffic. Mark Webber tangled with Giedo van der Garde at the hairpin, breaking the Red Bull’s front wing and leading to Van der Garde receiving a ten-second stop-go penalty.

Nico Rosberg was the only other driver to finish on the lead lead lap as Vettel put everyone up to sixth-placed Jean-Eric Vergne a lap down.

Next was Paul di Resta, who made a single pit stop on his way to seventh, a fine recovery after being eliminated in Q1 yesterday.

Felipe Massa passed a luckless Kimi Raikkonen for ninth on the penultimate lap, the Lotus driver suffering a string of misfortune. Sutil took the final point for tenth despite his penalty.

But Valtteri Bottas couldn’t convert his excellent qualifying performance into a points finish. Having started third he fell to 14th at the chequered flag.