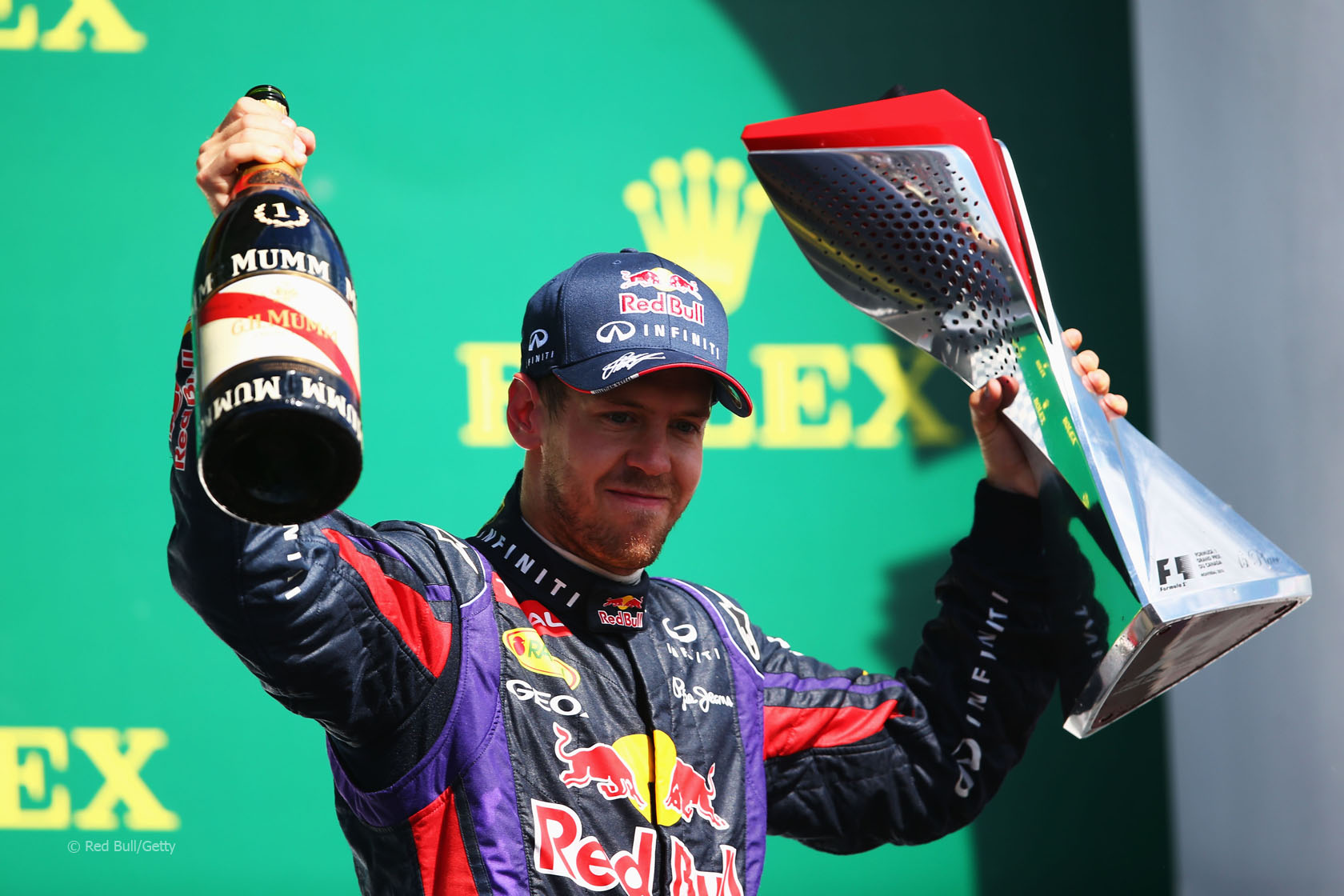 Not everyone was pleased Sebastian Vettel won the Canadian Grand Prix as can be seen from this collection of fans’ videos from the race weekend:

Bianchi’s car on a crane

Jules Bianchi spun during the first practice session and lost the chance to gain mileage on a track he hadn’t raced at before. Here’s his Marussia being returned to the pits on a crane.

The Circuit Gilles Villeneuve is known for its long straights and high speeds – here are the cars accelerating onto the long back straight.

The track was wet during first practice but the rain stayed away afterwards. That meant the second session got off to a busy start as teams made the most of the opportunity for some dry running.

The rain returned for qualifying – here are the drivers negotiating the first corner in tricky conditions.

A close-up view of the front row of the grid as they start the race.

Webber gets around the outside of Bottas as the cars file through the first corners.

Not everyone was pleased to see Vettel score his first win in Canada.

Thanks to @andae23 for researching this article. If you’re interested in contributing to F1 Fanatic, see here for details on how you can:

Were you at the Canadian Grand Prix? Did you capture any videos? Share them here: