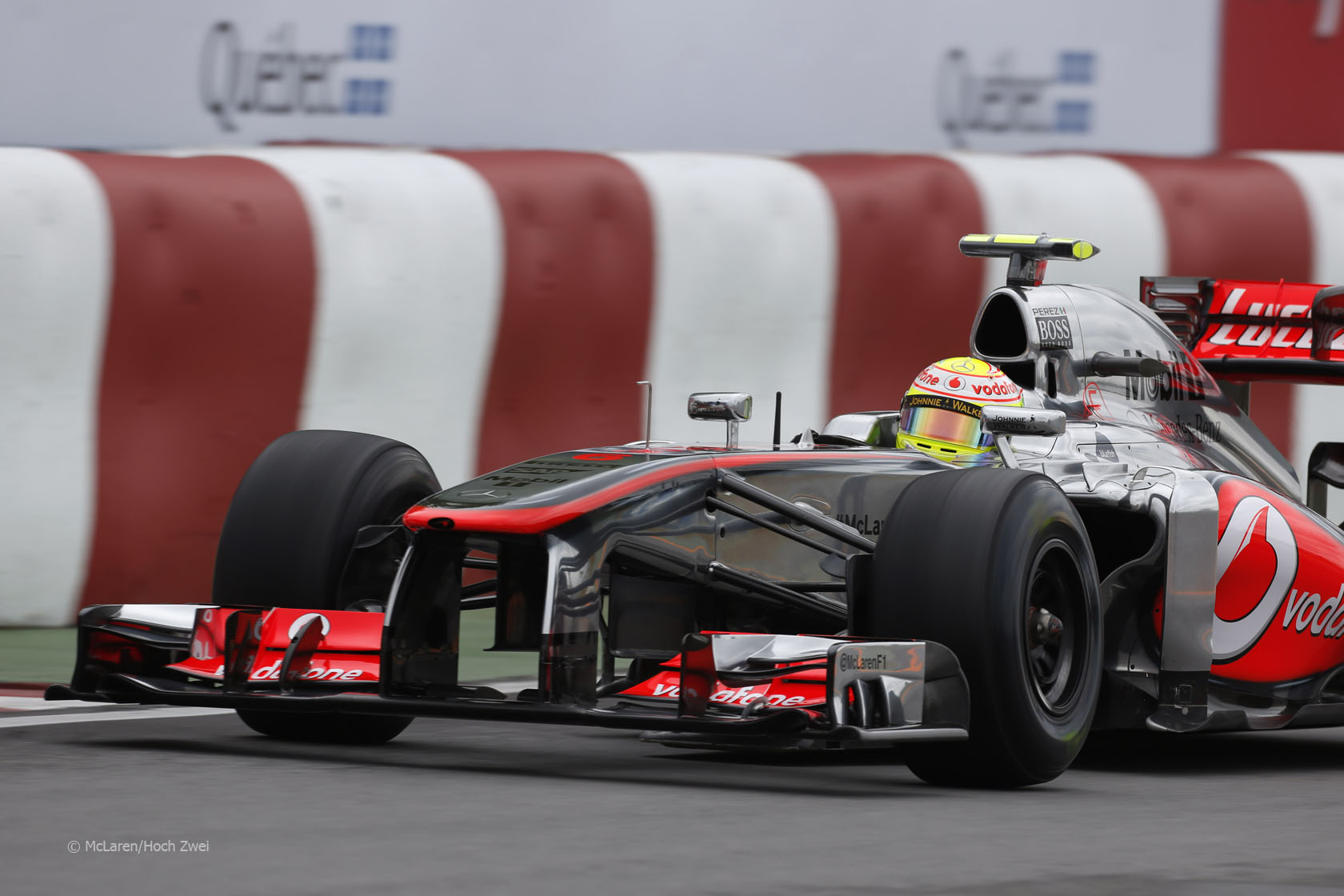 In the round-up: Pirelli says the prototype tyres teams tested at the Canadian Grand Prix will not be used for the next race.

Pirelli motorsport director Paul Hembery: “We are not going to race with the new tyre as we did not get much of a chance to test it [in Canada].”

“Being hunted down by Fernando [Alonso] is like being chased by a bull and so I just didn’t need anyone in my ear when I was already at the maximum I could go at. And when you’re at your maximum, that’s when you can easily crash so you don’t need any distractions.”

Breaking Records of No Interest to Kimi Raikkonen (Lotus)

“I don?óÔéĽÔäót care about that. I care about scoring the points, but not about any records.”

“The person who made the mistake apologised and I’m fully supportive of that. It’s just unfortunate it happened two weeks in a row, which is where the anger was.”

Button: “I?óÔéĽÔäóve never been so pleased to get out of a car” after Canadian GP (James Allen on F1)

“It was just one of those difficult days that you have. The team told me a lap time to follow so that we could be sure of keeping the tyres alive long enough to stay on a one-stop schedule, but it turned out that they lasted a lot better than we thought and that I could have been going a lot quicker.”

“What was good about the race as well was that everybody seemed to be pushing flat out from start to finish, unlike in Monaco a couple of weeks ago.”

Head of track engineering Tom McCullough: “The circuit?óÔéĽÔäós characteristics were going to make it a hard day for our car.”

“‘Until now, things are going well and I hope we will conclude an agreement,’ [Quebec Premier Pauline] Marois said after the five-minute huddle in the paddocks with Ecclestone, Quebec Finance Minister Nicolas Marceau and Canadian Grand Prix promoter Francois Dumontier. ‘And when I met Mr. Ecclestone I said to him: ‘We have to conclude a win-win agreement.’ I think he agrees with me.'”

“The local organizer of the proposed Formula 1 Grand Prix of America on the Hudson River waterfront says he has a new, 15-year contract with London-based F1, and that preparations are proceeding as planned for the inaugural race in June of 2014.”

And happy birthday to three-times world champion Jackie Stewart, who is 74 today.

It’s also Jean Alesi’s 49th birthday today. He scored his only F1 win in the Canadian Grand Prix on his birthday in 1995: