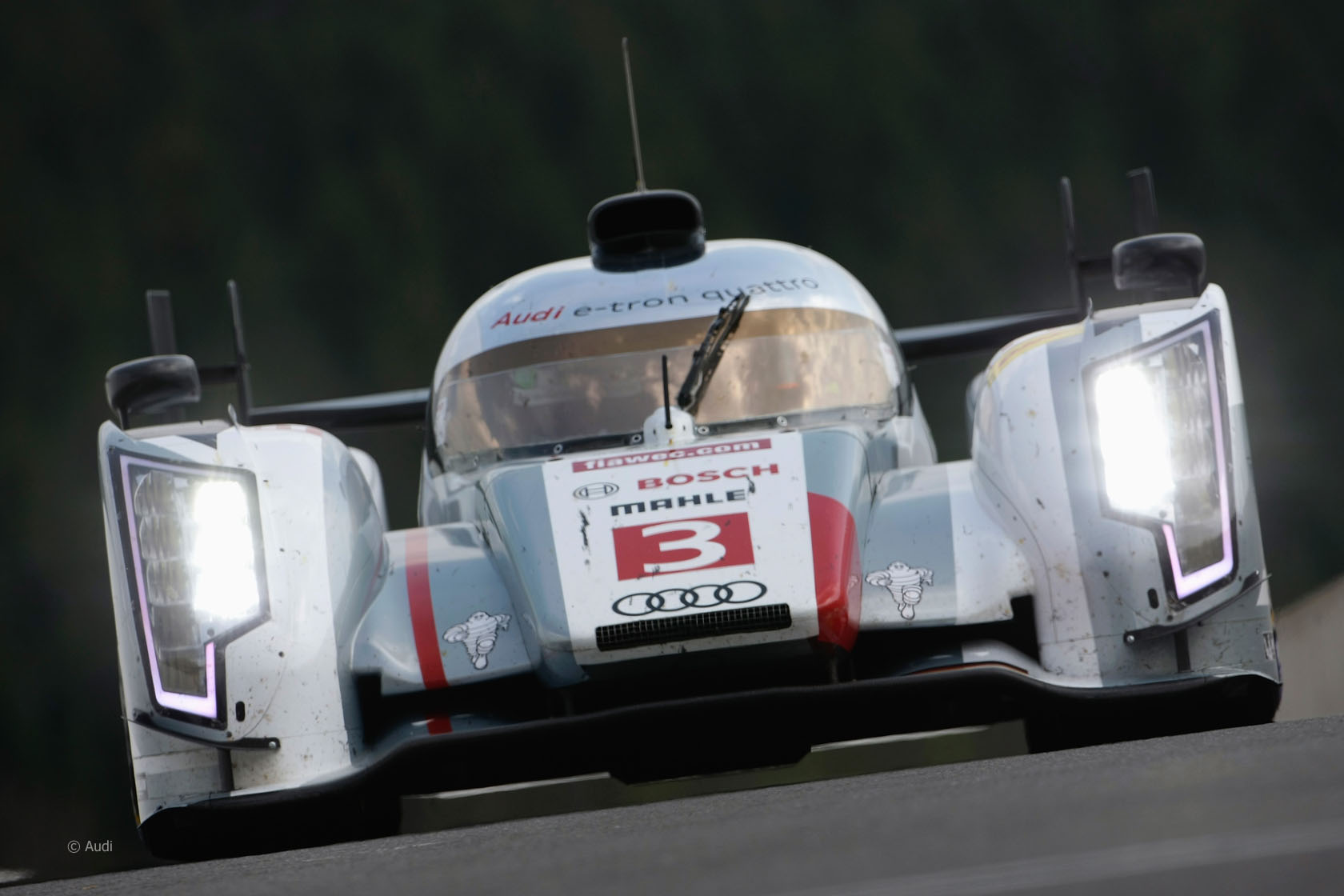 This year marks the 90th anniversary of the Le Mans 24 Hours. The name of one team is writ large across the recent history of the classic endurance contest: Audi, who won the race 11 times in the last 13 years.

But a change in the rules ahead of the year’s race could bring rivals Toyota into contention for overall honours. And as always there are several ex-F1 drivers to look out for in the huge field. In 2012 few thought Toyota could break the Audi hegemony on their return to endurance racing. Expectations are inevitably higher in their second year of competition.

Audi swept the titles in the reborn World Endurance Championship last year. They also claimed an almost routine 11th Le Mans triumph which for the second year in a row came courtesy of Andre Lotterer, Marcel Fassler and Benoit Treluyer. But as the season drew to a close there were signs Toyota were ready to take the fight to their rivals. The TS030 Hybrid won three of the final four races at Interlagos, Fuji and Shanghai.

So when this year’s championship began at Silverstone in April hopes were high we would see a closely-fought battle between the two major manufacturers. But after claiming pole position for the race the Toyotas were outgunned by Audi’s R18 e-tron quattros.

Three weeks later the Six Hours of Spa was also won by Audi and as at Silverstone the highest Toyota was a lap behind. Their only 2013-spec car, in its first outing of the year, failed after four hours.

Following Spa the Automobile Club de l’Ouest invoked a rules change which will help Toyota bridge the gap. The ACO ruled petrol-powered LMP1 cars such as Toyota’s may carry an extra three litres of fuel – an increase the diesel-powered Audis are denied.

Audi objected to the change, claiming they were no quicker than the 2013 Toyota at Spa before it retired. But were Audi hiding their true pace?

After their performance last year Toyota’s minimum goal must be to get one of their cars to the finish. Both their cars retired before half-distance in 2012: Anthony Davidson sustained back injuries in a frightening crash and Kazuki Nakajima collided with the DeltaWing car before retiring with engine problems. The LMP1 entry may look a bit thin with just eight cars (five fewer than last year) but there’s a healthy LMP2 contingent to boost the ranks of the prototype division.

Caterham have a presence at Le Mans this year via the Greaves Motorsport squad. Their engineers, technicians and data analysts will work within the Greaves team on a Caterham-liveried Zytek Z11SN-Nissan. Caterham F1 reserve and GP2 driver Alexander Rossi will be part of the three-man driving squad.

Lotus have two examples of their new T128 for Le Mans, one of which is piloted by Force India tester James Rossiter. The car is not to be confused with the 2011 F1 car of the same name which was campaigned by Caterham when they were called Lotus. Got that? Good.

JRM are not the only team to have pulled out at the last minute. Green GT had entered under the ACO’s Garage 56 rules which allow a car not built to the regulations to compete as a means of promoting alternative technologies. But they withdrew their unconventionally-styled hydrogen fuel cell-powered car from the race earlier this month as they felt it wasn’t ready. Two drivers who were on the grid at the 2012 F1 season finale have landed works GT drives for this year’s Le Mans 24 Hours. Kamui Kobayashi is at the wheel of a Ferrari 458 Italia and Bruno Senna has joined Aston Martin.

Kobayashi is part of the crack AF Corse squad who won the race last year with two other ex-F1 drivers, Giancarlo Fisichella and Gianmaria Bruni. Tony Vilander was the third man in that car but this year he joins Kobayashi and Olivier Beretta, who took the class win for Corvette in 2011.

A single Dodge Viper will go up against the ranks of Ferraris, Aston Martins, Chevrolets and Porsches. An extra 911 was given an entry following the withdrawal of the Green GT car.

there’s always the possibility of last-minute changes so you can find the full entry list here:

F1 Fanatic Live will be running throughout the race. Join us on Saturday afternoon for the build-up and all 24 hours of the race.

UK television coverage will be on Eurosport.

Will you be joining us to watch this year’s Le Mans 24 Hours? Who’s your tip for victory in the different classes?