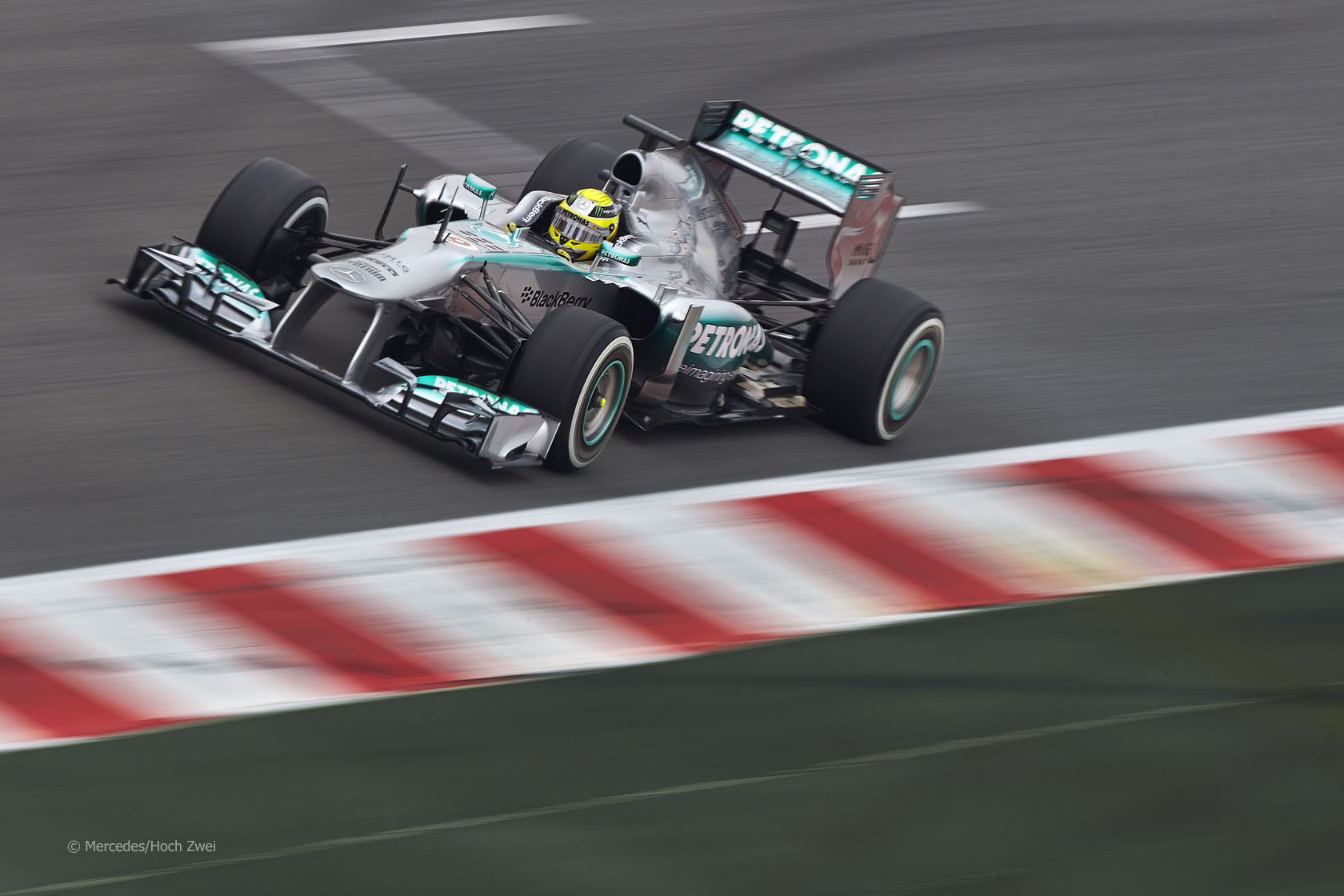 Ferrari say Mercedes “got away virtually scot-free” for breaking the testing regulations.

An anonymous column published on the official Ferrari website said: “Today we learned, that even if one is guilty and in this case that is an indisputable and verified fact, there is always a way of muddling through as best one can.”

“One only has to suggest to the judge what the penalty should be and even better, why not make it something light like a rap across the knuckles.”

The FIA penalised Mercedes’ involvement in a test for Pirelli by banning them from participating in the forthcoming Young Drivers’ Test – a penalty that was suggested by Mercedes themselves during yesterday’s Tribunal.

“It is somewhat perplexing to say the least to see that the guilty party can get away virtually scot-free for having derived ‘an unfair sporting advantage’,” Ferrari complained in its Horse Whisperer column.

“Don’t tell me that testing for three days on your own at the Catalunya circuit is the same as doing so with nine other teams at Silverstone with a host of young hopefuls at the wheel, in an area where the weather can still be changeable even in the height of summer.

“And what if this whole incident had taken place after the Young [Driver] Test, what would have been the penalty then? Would they have been forbidden from holding an end of year dinner?”

“The way things are going in Formula 1 at the moment is becoming boring: you make a mistake, you race with an illegal component, but then you are told to just change it for the next race and we’ve seen what we’ve seen…” Ferrari added.

Like Mercedes, Ferrari also conducted two tests for Pirelli which were not disclosed at the time. A 2012 test only came to light during yesterday’s Tribunal hearing. Its 2013 test was conducted using the 150 Italia chassis it raced in 2011.

“To those who jabber on about transparency and credibility, the Whisperer would remind them that the rules are very clear: you cannot test with a car from the current year,” Ferrari added.

Among the rule Mercedes were found to have breached was article 22 of the Sporting Regulations which states testing may not be performed “using cars which conform substantially with the current Formula One Technical Regulations in addition to those from the previous or subsequent year”.

66 comments on “Ferrari: Mercedes “got away virtually scot-free””