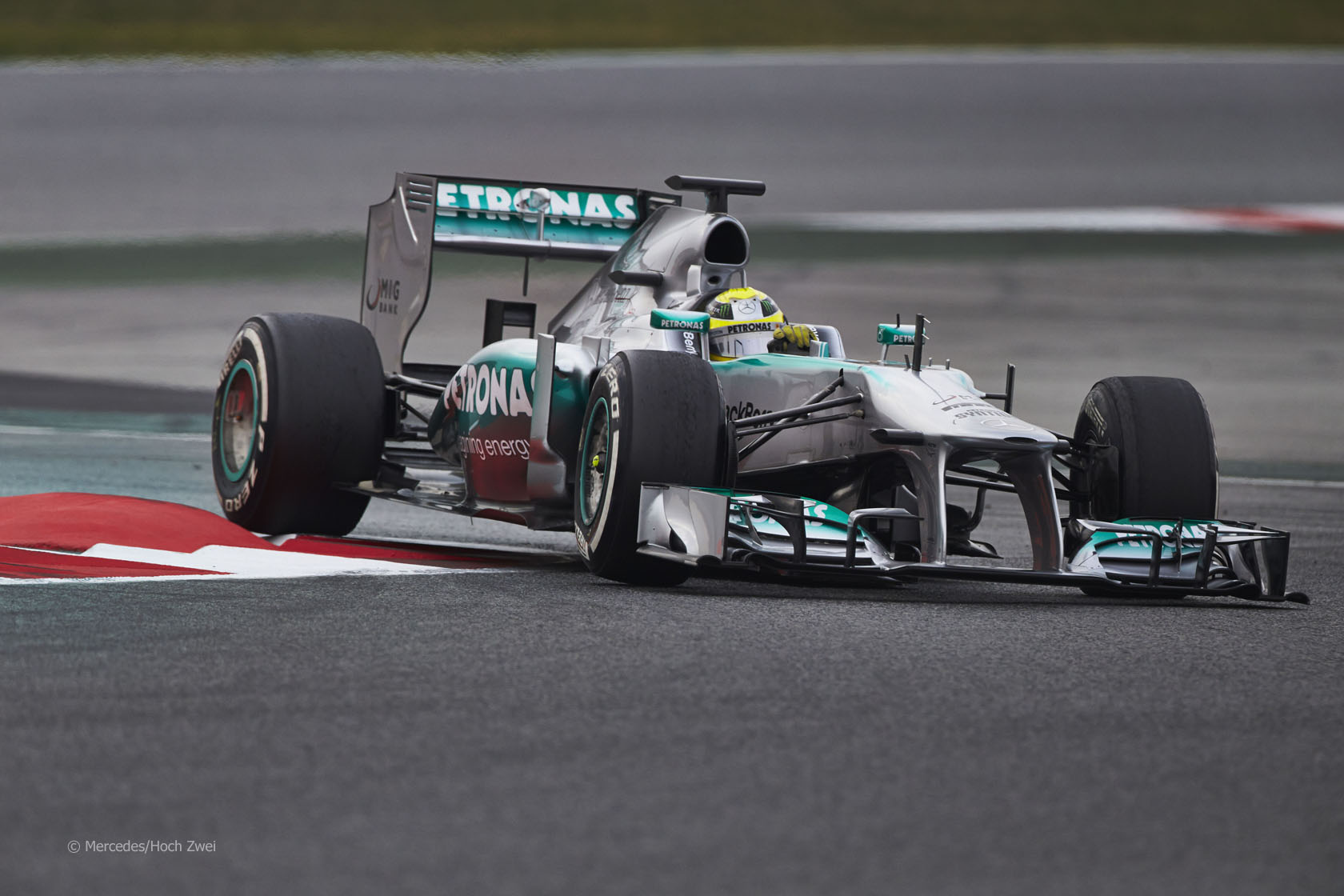 The FIA International Tribunal has banned Mercedes from participating in this year’s Young Drivers Test after deciding they broke the rules by testing at the Circuit de Catalunya in May.

Does the punishment fit the transgression? Is it too harsh or too soft? Compare both sides of the argument and cast your vote below.

In its verdict the FIA’s Tribunal made it clear Mercedes did not intend to gain an unfair advantage and said they did not act in “bad faith”.

What’s more the FIA concurred that Mercedes had grounds to believe they had been given permission to do the test.

The FIA also acknowledged it contributed to a misunderstanding on Mercedes’ part about whether they were allowed to test. Reflecting that, the governing body will jointly foot the bill for their investigation, sharing it with Mercedes and Pirelli.

This serves to demonstrate Mercedes were not entirely to blame and did not attempt to cynically exploit the testing rules, and therefore deserve a lenient punishment.

The FIA made it clear Mercedes had gained an advantage from the test, “which, at least potentially, gave it an unfair sporting advantage”.

It also pointed out that the instruction it gave to Mercedes and Pirelli to ensure other teams were informed of the test was not carried out.

Mercedes were found in breach of article 22.4 (h) of the Sporting Regulations which prevents teams from testing with a car that substantially conforms to the current regulations. The benefit of being able to do so with their regular race drivers as opposed to a much less experienced driver appears to have been overlooked by the FIA in choosing to strip Mercedes of their Young Driver Test privileges.

The penalty chosen does not go far enough to rebalance the playing field following the revelation of Mercedes’ clandestine test. The most unsatisfactory detail to have emerged during the deliberations is that a total of three (formerly) secret tests have been conducted by F1 teams for Pirelli since the beginning of last season: two by Ferrari and one by Mercedes, though apparently only the latter involved a current specification car. The lack of transparency surrounding these tests is a cause for concern.

Regarding the Mercedes case it’s clear the FIA recognised their own fault in the communication between themselves, Mercedes and Pirelli which led to the test going ahead. That was clearly used in mitigation of any potential punishment for Mercedes.

One could blame the FIA’s equivocal interpretation of its own rules or Mercedes’ eagerness to covertly log an extra 1,000km with its current cars and race drivers. But the person hardest hit by the verdict is totally blameless: the aspiring F1 racer who’s just lost a chance to get behind the wheel of a W04 at the forthcoming Young Drivers’ Test (in recent years this has been Sam Bird).

The penalty also leaves Mercedes’ two race drivers, both of which participated in the illegal test, completely untouched. Does the FIA not expect them to understand and adhere to the Sporting Regulations?

Earlier this month Lewis Hamilton described the difficulties he’s experienced getting the W04 to behave the way he wants it to under braking. It’s hard to believe an extra day-and-a-half’s running in the car didn’t help him make progress with that.

I understand why the FIA felt they couldn’t go too far in punishing Mercedes. But at minimum they needed to cancel out what advantage Mercedes gained from the test, and they have fallen well short of that.

It was Mercedes themselves who proposed a ban from the Young Drivers’ Test as a punishment for their transgression. By giving them what they want the FIA have handed down a penalty that is too lenient.

Do you think the FIA’s punishment for Mercedes is fair? Cast your vote below and have your say in the comments.

The FIA's penalty for Mercedes is...

210 comments on “Is the FIA’s test ban for Mercedes a fair penalty?”