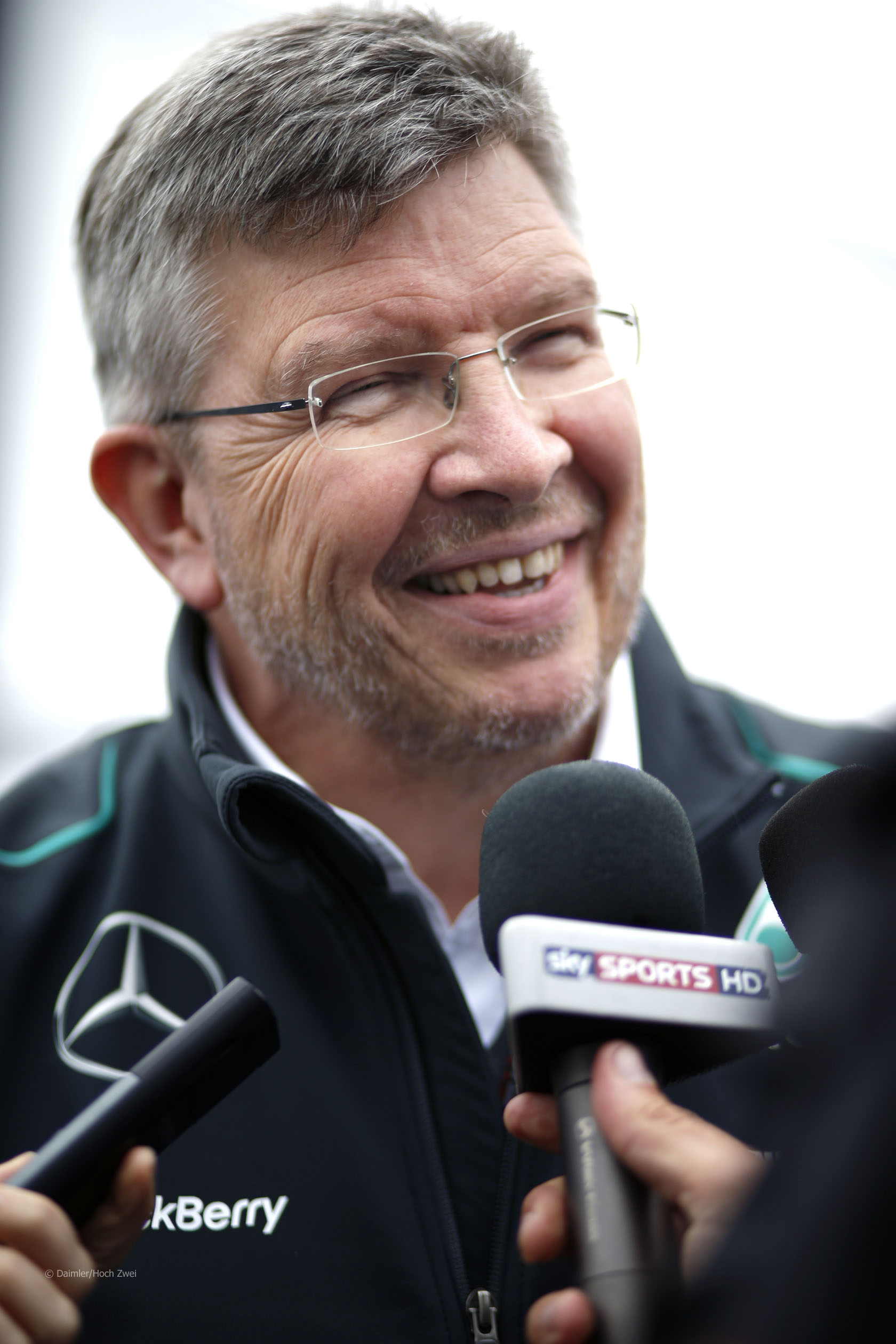 The team were given a reprimand and banned from participating in the forthcoming Young Drivers’ Test.

“I think [losing] the Young Driver Test is a penalty,” Brawn told Sky. “I think any perception it’s not significant is not correct. We had quite a comprehensive programme planned for the Young Driver Test so it will be a blow to the team and things that we were hoping to try or develop with the young drivers we will lose.”

“I wouldn’t say we’ve got off fairly lightly, we got off with a… I would say we’ve got a reasonable penalty that is proportional to the situation,” he added.

Mercedes ‘not the only one at fault’

Brawn believes the FIA’s International Tribunal verdict showed Mercedes were not exclusively at fault in the row: “I think the Tribunal looked into all the facts involved,” he said.

“We won’t pretend we were faultless on our side but I think they also acknowledged there were faults on other sides as well and they all accumulated to give us the situation we had. I think the fact that they established that we’ve acted in good faith, we’ve not attempted to get any performance advantage, and the fact that we believed we had permission on two levels to do the test, were all taken into consideration.”

He added the FIA’s agreement Mercedes did not act in “bad faith” was significant: “That was critical for Mercedes as a company and critical for me as a person.”

“Formula One is a very competitive business, we know that. But I think acting in good faith is a very important point. That’s why I was keen that we actually presented the facts in front of an independent tribunal in order to establish what had happened so that judgement could be made.”

Any benefit “unintentional and low-level” Any benefit Mercedes gained from running the test was negligible, Brawn added: “On the question of advantage I think it would be wrong for me to say that you can run a car around a track and there not be some consequence of that. But as we explained in the Tribunal that was an unintentional and a low-level consequence.”

“We didn’t go to that test to improve the reliability of the car. We went to that test to contribute towards Pirelli’s development with the tyres. That was the prime objective of that test. Everything else was a consequence of doing that test.

“So I think it would be futile to deny that when you run a car around a test there’s a consequence: you can’t deny that. But it wasn’t the objective of going there.”

Brawn said the case showed there needs to be an established procedure for clarifying matters relating to the Sporting Regulations as there is for the Technical Regulations: “I think there’s a lesson learned for all of us that obviously what in the end became the issue was a judgement of the interpretation of the regulation, the law of the regulation.”

“And both ourselves and Charlie [Whiting] with the FIA and the FIA’s head of legal department had a view on that regulation which didn’t prove to be correct, at least in the eyes of the Tribunal. We’ve got to look at that procedure to make sure that ourselves, Pirelli or whoever’s involved doesn’t get caught out by that in the future.”

Yesterday’s hearing was the first for the new International Tribunal created by FIA president Jean Todt. Brawn said having the chance to explain their case before it was “very important”, and praised the new panel.

“I’ve been to these things before and I must say this is an occasion when I’ve felt the independence of a tribunal was clear to see,” he said. “I think that’s a very good step in terms of the way the FIA is moving to set up this independent tribunal.”

“Edwin Glasgow [the QC who chaired the hearing] is a man of impeccable reputation and character and I think having him as president of the tribunal gave us confidence it would be fair. It doesn’t mean it would come out in our favour but at least it would be fair.”

“And I think Formula One in particular, and anyone who’s involved in this sort of thing, can look at the Tribunal and say that it is independent and it will seek the facts and give an independent conclusion as to what happened. If that involves some criticism of the FIA as well as other parties then that’s what will happen.”

44 comments on “Missing Young Drivers’ Test “a blow” for Mercedes”