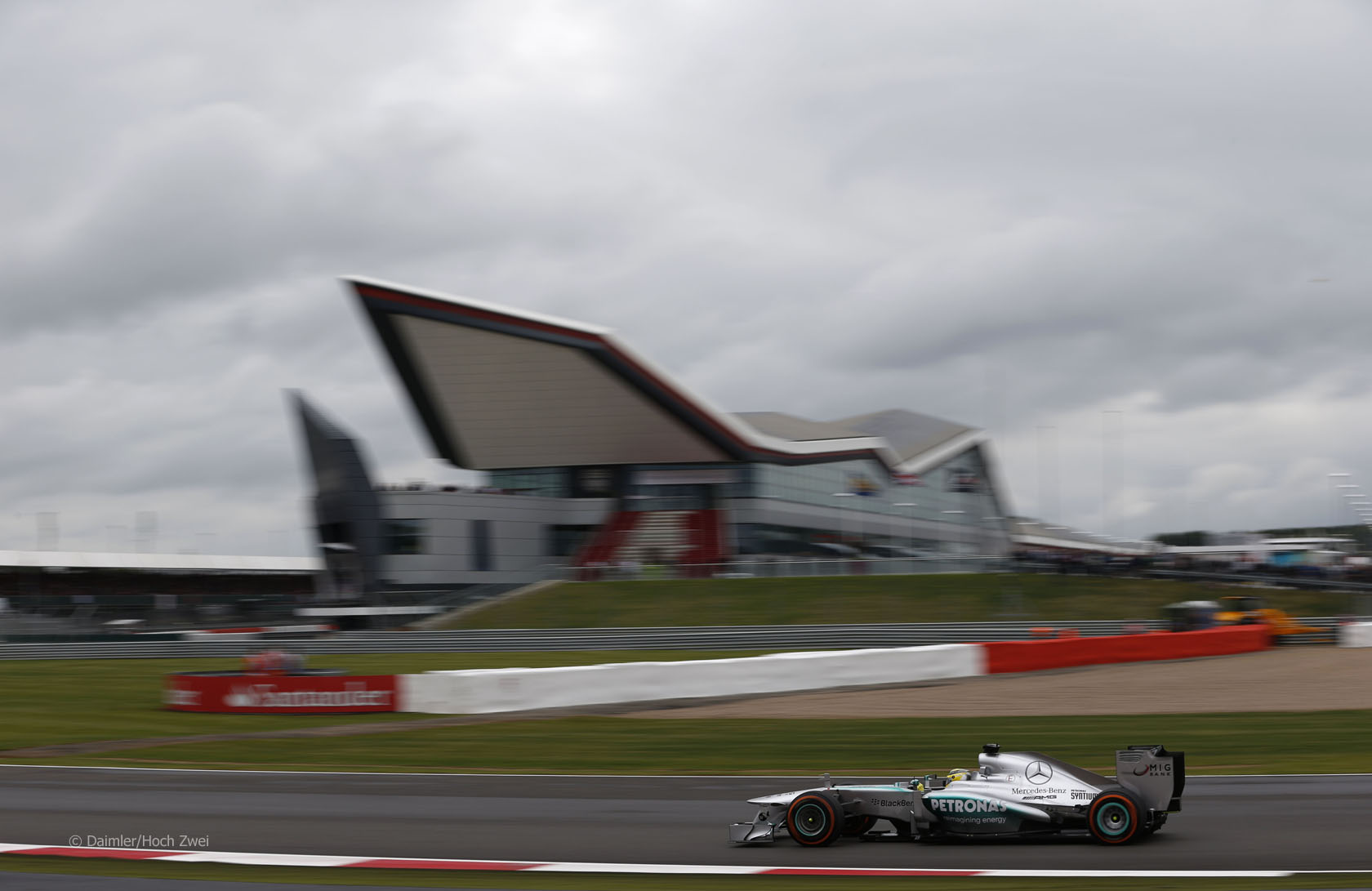 Mercedes showed their rivals the quickest way around the Silverstone circuit in the final hour practice.

Nico Rosberg and Lewis Hamilton topped the times ahead of qualifying for the British Grand Prix. Hamilton was on top of the time with nine minutes to go but ran wide at Brooklands during one of his laps.

Shortly afterwards Rosberg produced a 1’31.497 to top the table for the second time this weekend.

The two Red Bulls were next up. Sebastian Vettel spent most of the session towards the bottom of the times before he and Mark Webber went out for their final runs. But they and several other drivers had to back off when Sergio Perez spun at Chapel.

The McLaren had just returned to the track after spending much of the session in the garage. He suffered a complete failure of the left-rear tyre on his car which caused some floor damage.

Several drivers went off during the final practice of hour, mostly at Brooklands or in the high-speed Becketts section. Felipe Massa had a moment at the latter and stayed in the pits during the final few minutes after his mechanics discovered a problem with his engine.

Romain Grosjean was fifth fastest for Lotus despite complaining of traffic at the end of the session. Kimi Raikkonen was eighth after conducting further tests on the team’s Drag Reduction Device.

Another driver to go off at Brooklands was Fernando Alonso who ended up seventh fastest behind Daniel Ricciardo.